Let them stay? If only it were that easy… 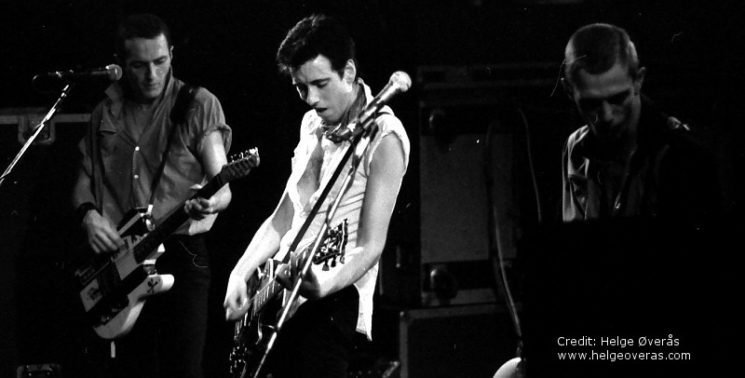 The British government’s position remains that the status of EU nationals post-Brexit will depend on the withdrawal negotiations, and in particular agreement on the status of UK nationals resident in other EU countries (unless of course we remain in the EEA with free movement as now, which does not seem politically feasible at present). The purpose of this blog is not to discuss the merits of this stance. It seems likely that a political agreement in principle will be reached rapidly – it is not in anyone’s interests to make this issue central to the negotiations. But that does not mean that achieving the politically (as well as economically and morally) desirable outcome will be easy. The practical issues involved are formidable.

In the Spectator, Fraser Nelson writes that the Prime Minister can “end the uncertainty in a sentence and say, as every other mainstream party has been able to say, that anyone here legally will be allowed to stay legally.”

Here legally when? June 23 2016? The date we actually leave? Or some time in between? June 23 would avert some of the obvious problems with announcing a date and then have people coming to establish a permanent right of residence before Brexit. But making this retrospective will make the administration even more nightmarish. But whatever cut-off date is chosen, the genuinely problematic issue is to identify who was “here legally” on that date. The Spanish school party on their way into the British Museum are “here legally.” The Polish shopkeeper who’s lived here ten years but is back in Krakow this month to visit her parents isn’t. But, obviously, we mean the latter, not the former.

So presumably we mean people who were “resident” here on the cut-off date, regardless of whether they were physically in the country. But the whole point of freedom of movement within the EU is that right of residence is automatic. You don’t have to register. The Cabinet Office guidance is commendably clear

“EU nationals continue to have a right to reside in the UK in accordance with EU law. EU nationals do not need to register for any documentation in order to enjoy their free movement rights and responsibilities.”

So there is no obligation on EU nationals to register their residence either before the referendum or now. And we don’t record UK or other EU citizens entering or leaving the country. So how are we going to determine who was living here legally on the cut off date? If that date is indeed to be June 23, 2016, it’s already too late – we don’t have any way of knowing. Leaving that aside, however, there are two broad approaches:

Either way there will have to be laws, regulations, definitions, criteria, guidance and a bureaucratic process. There will be grey areas and hard cases. People who were here for several years but not quite at the right time; people who don’t have or never had documents. The homeless, the destitute, the mentally ill. Children born here whose parents don’t qualify. And so on. All the things that happen in the current immigration system, multiplied many times over. Given that we are talking about three million people, the number of such cases will be in the tens, perhaps hundreds of thousands.

And what does “stay legally” mean? A right to permanent legal residence. But at the moment that comes with very significant additional rights – in particular, the right to be joined by family members, EU citizens or not. Again, it’s easy to think of borderline cases. What about the Latvian who arrived here three years ago but whose husband and children stayed home, planning to join her when he finished his studies? At the moment, those rights aren’t in question. Similarly, what about the Briton and his Polish fiancé, planning next year’s wedding? Of course it is possible to draw rules that would allow in those deserving-sounding cases – but there will be almost equally deserving ones the other side of the line.

I’ve dealt here primarily with the bureaucratic and administrative practicalities, not the complex legal issues. I don’t know what the right answers are. There aren’t any ideal options – just less bad ones. But anybody who thinks that with the best will in the world this will be an easy issue to resolve is living in a fantasy world. This mess is – as some of us warned – an inevitable consequence of Brexit. Blaming it simply on the Prime Minister’s supposed stubbornness is displacement activity.

But the government should act now to minimise uncertainty and make the process as smooth as possible. It could do two things:

First, set up a consultative group, with representative of EU nationals living here, immigration lawyers and employers, to look in detail at how any system might work. This could identify some of the broad groups into which the potentially eligible might fall, and what process would work best for them.

Second, get a grip on the size and nature of the issue. Survey a random sample of EU nationals who have registered for NINos in the last ten years (and match that with tax and benefit data. How many are still in the UK? How many have already acquired UK citizenship? How many have married a UK citizen and/or have UK-born children? How many would actually want to take up UK citizenship and/or leave to remain? At the moment we have at best a vague idea of the answer to any of these questions.

None of this would in any way prejudice the government’s negotiating position. If the government genuinely wants to reassure EU citizens resident in the UK, and reduce if not eliminate the uncertainty currently hanging over their status, it needs to start now.

By Jonathan Portes, senior fellow UK in a Change and principal research fellow of the National Institute of Economic & Social Research.