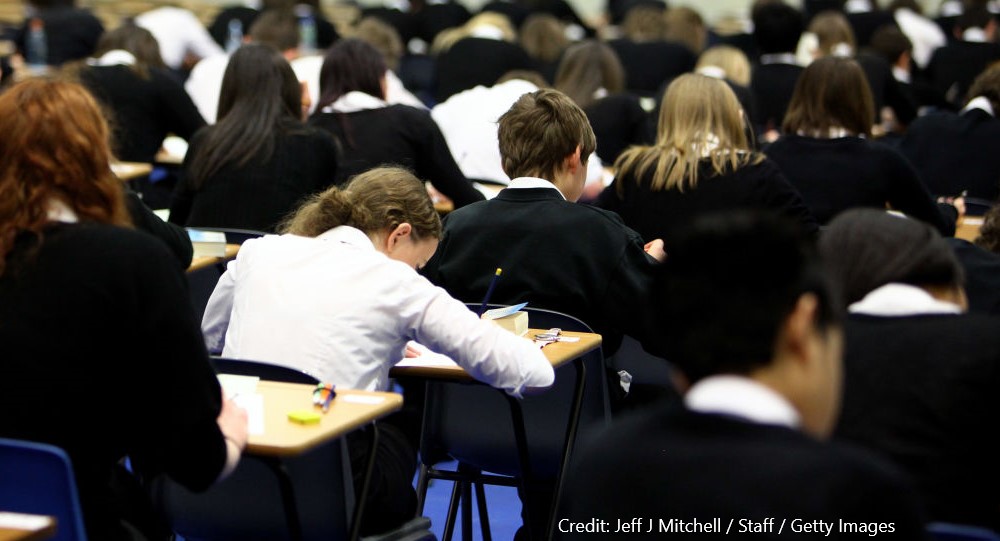 The government has not been shy about its plans to spread opportunity more equally across the UK. The recent levelling up white paper announced an ambitious range of policies aimed at reducing place-based inequalities across a number of dimensions while, at the same time, tackling some of the UK’s most persistent problems, such as unaffordable housing and stagnant productivity growth. Understandably, levelling up education is at the heart of these proposals.

Education feeds into almost every aspect of the levelling up agenda: educated individuals earn more, are healthier, and are less prone to criminality than their less educated counterparts.

Narrowing place-based inequalities in education is not only a worthy goal in and of itself, but it is also a goal that will aid in achieving the other ambitious goals set out in the white paper. Unfortunately, within this realm there is a lot of narrowing to do.

In London, 45% of children eligible for free school meals continue into higher education alongside 57% of their non-eligible counterparts. The same numbers in the North East are 19% and 44%. The disparities across regions are stark, and there are also differences in educational inequalities within regions to consider.

Lessening these differences will require raising the attainment of the nation’s most disadvantaged students, and the white paper sets out a plan to do so by significantly increasing the proportion of children achieving the expected standard in reading, writing, and maths.

By 2030, this means that 90% of children will achieve the expected standard. To contextualise this, it is worth noting that only 65% of children, educated in England at Key Stage 2, reached that level in 2019.

Given the scale of the task facing the government, it is surprising that the white paper says little about one of the most popular instruments used by governments to influence educational outcomes – per-pupil funding. The 2021 spending review brought about an announcement that per pupil funding would go up by an average of £1,500 by 2024-25 compared to 2019-20 levels.

In 2018, a new formula for funding schools was also announced which aimed to correct the fact that funding was often determined by historical factors rather than, for instance, enrolment and the number of disadvantaged schools in the current academic year.

How these funding changes fit into the broader levelling up agenda depends upon how likely it is that the extra funding will increase attainment for who need it the most.

The effect of extra spending on attainment is somewhat contentious. Different papers find varying effects sizes and, importantly, effect sizes that differ according to how the money is spent. Disadvantaged children appear to be the major beneficiaries of extra funding while expenditures on teaching staff and other resources – as opposed to capital expenditures – also appear to be more efficacious.

While most of the evidence of the effect of funding comes from US studies, one of the most credible UK-based studies finds a large and significant effect of funding on student outcomes. By analysis of a quirk in local authority funding formulas that meant otherwise similar schools received different amounts of funding, the authors were able to show that each additional increase of £1,000 per pupil, sustained over the course of Key Stage 2, tended to increase attainment by 0.29 of a standard deviation.

While that number might mean little on its own, it is easier to think of it in terms of the goals of the white paper. The 35% of pupils who were below the expected standard in 2019 were, on average, 0.87 standard deviations away from achieving the standard.

The implied increase needed to push these pupils to the expected standard is then double the £1,500 increase promised in the 2021 spending review. This estimate is very conservative given the inflationary climate in that it ignores price changes between the study – where prices are expressed as 2009 prices – and 2024/25.

As back of the envelope calculations suggest, the current increase in funding alone is unlikely to be adequate to meet the government’s aims. It also suggests that while funding can play a role in meeting the government’s objectives, it will have to be much more redistributive than it currently is if costs are to be kept in check.

While the increase in per-pupil funding is welcome – as are changes to the funding formula – it has been noted elsewhere that provisions in the new formula still prevent educational funding from being as progressive as it might be.

The proposals for education set out in the white paper are not overly objectionable. The best multi academy trusts – which will be encouraged to expand into deprived areas of the country – have proved transformational for the children that attend them, but it is not possible to talk about levelling up without talking about funding. The cuts to school funding between 2009/10 and 2019/20 represented the largest real-term cut in 40 years.

The most plausible estimates suggest that if attainment is to be truly levelled up, boosts to spending will have go beyond a mere reversal of the cuts of the previous decade, and will have to be targeted toward the children who need help the most.

By Andrew Eyles, research economist in the Education and Skills program at the Centre for Economic Performance. He is also a PhD (Economics) student at University College London.