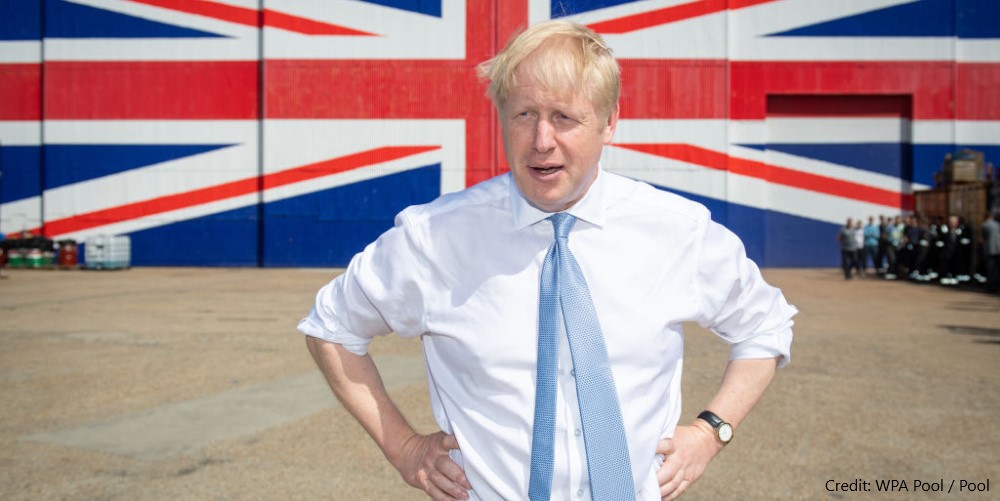 After Brexit, the UK will no longer receive funding from Brussels via EU Regional Policy investments. Significantly, this change comes at a time when social and economic disparities in the UK are already greater than in other ‘rich’ countries, and the gap is widening.

The UK Government’s aspiration to tackle these disparities and drive economic growth across the country can be seen in its ‘levelling up’ agenda, and the Shared Prosperity Fund is a key element of the Government’s commitment to achieving balanced regional economic development.

Developed in the 1970s to support economic development in poorer cities and regions, European Regional Policy has become the EU’s main investment policy.

The UK has been a recipient of EU Regional Policy funding since its creation, and it has played a key role in shaping local and regional economic development across the country.

Between 2014 and 2020, over €350 billion, almost a third of the EU’s budget, focused on encouraging job creation, business competitiveness, economic growth, sustainable development and improving citizens’ quality of life in all European regions and cities.

Whilst EU Regional Policy is not problem-free, nor has it resolved all local and regional economic development issues in the UK in recent decades, it does provide several key lessons (both good and bad) for the implementation of the Shared Prosperity Fund after Brexit.

First, funding interventions have made a difference in the UK. Between 1975 and 2020, the UK received around £66 billion from Brussels, which when combined with domestic public and private ‘match funding’, amounted to over £100 billion.

During the 1980s, this funding helped to tackle the social and economic problems stemming from the decline of ‘heavy’ industries, particularly in the north of England, Wales, Scotland and Northern Ireland.

In the 1990s and 2000s, the UK had areas such as west Wales and the Valleys, Cornwall, the Scottish Highlands and Islands, Merseyside and south Yorkshire classified in Europe’s ‘poorest club’ of regions.

In fact, in the current funding period, west Wales and the Valleys and Cornwall remain in this ‘club’ of European regions.

There are numerous examples of the positive outcomes from EU Regional Policy interventions across the UK, ranging from infrastructure enhancements, improvements in the urban realm, support for SMEs and the co-creation of research and innovation assets.

Second, the amount of funding matters. Between 2014 and 2020, the UK received just over £10 billion from EU Regional Policy.

Research carried out by the Conference of Peripheral and Maritime Regions (CPMR), a think-tank and lobbying organisation based in Brussels, estimated that if Brexit had not happened, the UK would have been entitled to around €13 billion for 2021-2027 funding period.

This would have been a 22% increase compared to the 2014-2020 period. The financial allocations to the UK’s Shared Prosperity Fund are still not determined, but for ‘levelling up’ to become a reality, sufficient funding is required.

Such (hypothetical) EU Regional Policy allocations to the UK provide an important benchmark for the potential levels of funding required.

For the UK’s Shared Prosperity Fund, the challenge is that UK domestic electoral cycles are shorter and limit such longer-term strategic policy development, in a way that the EU budget does not.

Fourth, the management of the funding really matters. Built upon strategic programming and partnerships, the management of EU Regional Policy involves local and regional stakeholders. For several decades, it has given them a voice in shaping economic development across the UK.

Recognised as one of the key strengths of EU Regional Policy, the key lesson is that the Shared Prosperity Fund should build on the quality and strength of existing local stakeholders and partnerships to deliver effectively the funding across the country.

Fifth, in the short term, it is imperative that the funding cliff edge for many stakeholders, associated with the ending of EU Regional Policy in the UK, is addressed, and quickly.

There is also a distinct possibility of ‘Brexit-plating’ because stakeholders will have limited knowledge of how to access the new funding. This could create additional layers of bureaucracy and slow down implementation, even compared to the paperwork involved in EU Regional Policy.

Last, it is crucial that the Shared Prosperity Fund is actually properly funded and managed in order to foster ‘levelling up’ across the UK. The risk, however, is that political short-termism undermines this worthy strategic goal.

Instead, the Shared Prosperity Fund could become a ‘marginal seat fund’ distributed based on political expediency to electorally-significant constituencies, rather than strategic economic need. This would exacerbate local and regional disparities rather than reduce them.

Undoubtedly, the legacy of EU Regional Policy has the potential to endure beyond Brexit to inform UK economic development policy and funding. It will be detrimental if it does not.

By Dr Benito Giordano, Senior Lecturer in the Management School at the University of Liverpool. This piece is a summary of an article published in the journal European Urban and Regional Studies.