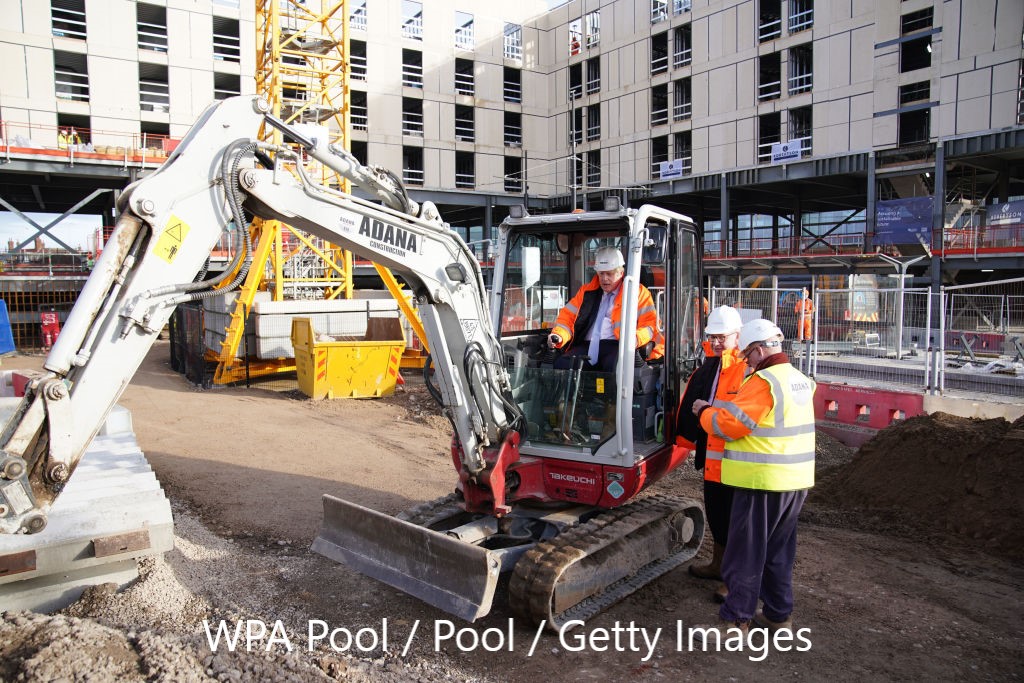 “Make sustainable improvements in the economic performance of all English regions, and reduce the persistent gap in growth rates between the regions”

Excerpts from Michael Gove’s “Levelling up White Paper”? Two (the second and third) are – but the first and fourth are from the Public Service Agreements that accompanied the 2004 Spending Review.  Indeed, it’s hard to find anything in the government’s 12 “bold, national missions” that wasn’t covered in some form or another by targets back in the 2000s.  And the resemblance goes beyond the headline objectives.  The emphasis in the White Paper on targets, metrics, and governmental mechanisms to oversee and drive delivery, annual reports, a “Levelling Up Advisory Board”, and so on – is all so Gordon Brown.

This is not a criticism.  Regional inequality in the UK is, after all, nothing new. Output per worker was about 50% higher in London than in Yorkshire at the beginning of the 20th century; the same was true at the beginning of the 21st.  It is welcome that the Government has recognised, via targets set for 2030, that this is not something that can be solved overnight, or even by the next election.   And the recognition, even if unspoken, that austerity made things worse is also a necessary first step towards doing something about it.

Necessary but not sufficient.   We know there is no “new money” to back up the grandiose commitments in today’s White Paper. Perhaps we should be grateful. What we really don’t need is another “Levelling Up Fund” of a few hundred million or even a few billion, to be doled out at Ministers’ whims.  What is required, however, is sustained increases in spending on core public services – education and skills, transport, health and social care – over a period of decades.

Those spending increases are not in today’s paper. Nor, realistically, given the way the UK system of economic governance – and in particular the Treasury – works, could they have been. But if the government is serious about meeting its targets – targets they intend to enshrine in law –  they are implicit.

So, two cheers for the headlines. But two key tensions remain unresolved.

First, politics and governance.  The paper promises the “biggest shift of power from Whitehall to local leaders in modern times, with every part of England to get ‘London style’ powers and mayor if they wish to.”  And local government will need to be central to delivering what is promised in the White Paper. But for ‘levelling up’ to be a reality, local politicians need to be more than useful targets for opprobrium in the event of failure. Rather, they need to be given the means – notably the revenue raising powers – to allow them to succeed, and the power to make their own choices based on what their constituents, not Whitehall, think should be the local prioriites. Westminster funded ‘beauty contests,’ as Tracy Brabin put it, are not the route to effective delivery.

Second, we care about inequality because we want the citizens of this country to have equal opportunities, no matter what their background. And it is great that Government has come to recognise the importance of place in determining economic outcomes; this new political consensus is one of the more obvious political consequences of the 2016 referendum, and none the less welcome for that.

But, as ever, there is a danger of overcompensation. Just because we forgot geography for so long does not mean it is the only factor worth considering now.  In levelling up places we need to be careful not to forget people  Inequality is not simply a function of where you were born – your gender, ethnicity, whether or not you have a disability, and perhaps most of all how well-off your parents are, all matter at least as much.

Consequently, inequalities on almost any measure are much greater within regions of the UK than between them. Indeed, most poor people don’t live in poor areas. London has the highest levels of child poverty in the UK, with half of the children in some boroughs living under the poverty line. There are more poor children in the capital than in Scotland and Wales combined. Most Londoners are far from rich: after taking housing costs into account, the average household in London has an income slightly lower than the national average. Unemployment, too, is higher in London than elsewhere in the UK, and was so even before the pandemic.

The White Paper, however, largely dodges this.  The target on “living standards”, for example, could be met even if child poverty continues to rise everywhere in the country.  If Pakistani and Bangladeshi-origin kids continue to be more than twice as likely to be poor; if only half of those with disabilities have jobs; and if women with children continue to be paid a third less than similar men, will we really feel “levelled up?”