‘Levelling up’ – should it be urban and rural or core and periphery? 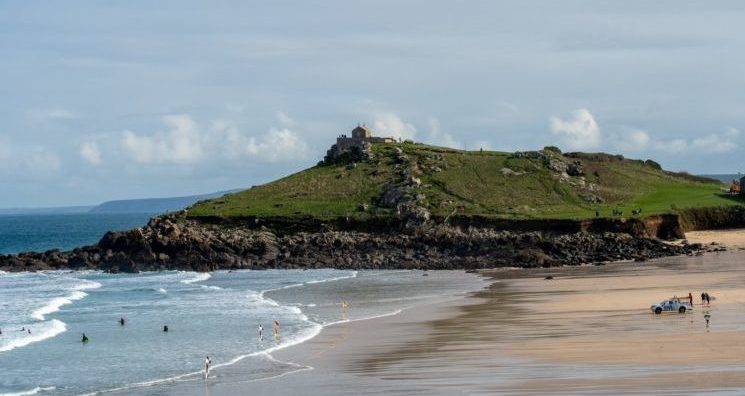 Over the past few decades, the celebration of the patron saint of Cornwall – St Piran’s Day – has grown to a festival of increasing importance in the Cornish calendar. And as we think on the revolutionary saint who annoyed the Irish king, got cast off the cliffs on a millstone, floated to Cornwall and introduced us to surfing (honest), it reminds us about how important identity is to the socio-economic landscape.

The politicisation of Cornish identity was an integral part of the campaign throughout most of the 1990s to get Objective 1, the highest levels of EU structural funding. At the time Cornwall was experiencing a desperate poverty, and struggling to get the attention of both the EU and the UK government.

Even then, the government’s drive to tackle regional inequality – ‘levelling up’, to use the current phrase – tended to emphasise the north-south divide, overlooking the many other divides that exist within the UK, such as urban and rural and core and periphery.

This tendency is highlighted in the coverage of the final report of the UK2070 Commission into regional inequality. Although the report explicitly states that its focus is not on the divides between the north and the south, or between towns and cities, much reporting echoes how debates into regional inequality tend to go – into an examination of the north/south divide. If the government is to ‘level up’ Britain, we need to recall that inequality is about much more than this.

There are logistical problems to address, naturally. The UK2070 Commission report recommends tripling the amount of money available to regions through the Shared Prosperity Fund (SPF). However, the consultation for the SPF is already 18 months overdue, and there is little indication as yet about how the money will be allocated.

In contrast, EU structural funds are automatically given to regions that qualify by having a certain proportion of EU average GDP. Thus, they’re allocated on rational grounds, and do not depend on being able to capture the popular imagination, or the fact that a particular region has become a key electoral battleground.

As those local authorities involved in the Britain’s Leading Edge campaign are well aware, regional inequality (and therefore ‘levelling up’) in the UK is extremely messy, and cannot to be reduced to easy slogans.

Many parts of the south are also struggling in complex and challenging ways. For example, a recent report to Cornwall council showed that underneath the region’s idyllic image, Cornwall has, alongside some of the lowest incomes, some of the highest rates of suicide in Britain – 50% above the national average.

But if the government is to be successful in its levelling up, then the SPF needs not only to be allocated fairly on the basis of need, but it also should chime with the realities of recipient regions.

In research that we conducted in the immediate aftermath of the referendum in 2016, we found that one of the reasons behind why the majority of the electorate in Cornwall voted for Brexit despite massive EU support was because people in the area were able to say that the funding had not benefitted their lives in any meaningful way.

There have been enormous improvements over the past few decades – including infrastructure and business investment – but child poverty is still at over 30% in most parts of Cornwall, and despite very high living costs, earned incomes are consistently amongst the lowest in the UK.

Consequently, many people do not experience any great improvement in the area. There are also some depressing commonalities with the dark days before Objective 1 funding arrived. In common with many rural parts of the UK, public transport to smaller towns and villages is either unusably sporadic or non-existent.

In some villages, FE students need to travel 2.5 miles just to catch the college bus, while those with access to a regulary public bus service can find that an astonishingly large proportion of their income becomes swallowed up by transportation costs. It is not unusual to hear about apprentices spending over half of their incomes on bus fares to get to work.

Finally, despite the exciting business sectors emerging in Cornwall (for example the thriving digital technologies and creative industries), or the fact that some Cornish businesses are leading the way in innovative circular economies (like the companies making swimwear, kayaks, and litter bins out of recycled ‘ghost gear’ fishing nets) many people still see the local economy in terms of decline.

What this means is that these new industries are not finding a way to connect with the wider population in ways that people know about them, know what kinds of skills they need in order to get the new kinds of jobs on offer, and find these newer jobs accessible.

What does this mean for ‘levelling up’, the Shared Prosperity Fund, and Britain after Brexit? Beyond its equitable distribution, the UK2070 Report recommends devolving power and funding away from London. Localities need to be able to respond to their needs in ways that are sensitive to local communities.

In our research, one of the problems that people had with EU structural funds was that they hadn’t addressed local priorities, like access to affordable housing and readily available healthcare. These were not within EU competencies, but alongside having a decent, well paid job, they were the big things that mattered to the people that we interviewed.

The EU paid a heavy price for not being able to speak to these issues, and future economic development policy needs to understand the kinds of lives that people live, in the localities within which it is granted. It needs to appreciate what will really make a difference to peoples’ engagement within the labour force, and accessing the skills required for the evolving economy.

Perhaps the lesson from Cornwall’s campaign for Objective 1 funding, and something to remember on St Piran’s Day, is that identity matters. It reflects how individuals imagine their worlds and how they are situated within them.

It exposes the kinds of possibilities that individuals feel that are open to them in the future, and it has the added benefit of illustrating the things that differentiate one region from another.

By Dr Joanie Willett, senior lecturer at the department of politics, University of Exeter.