Are the Lib Dems in danger of being over-hyped (again)? 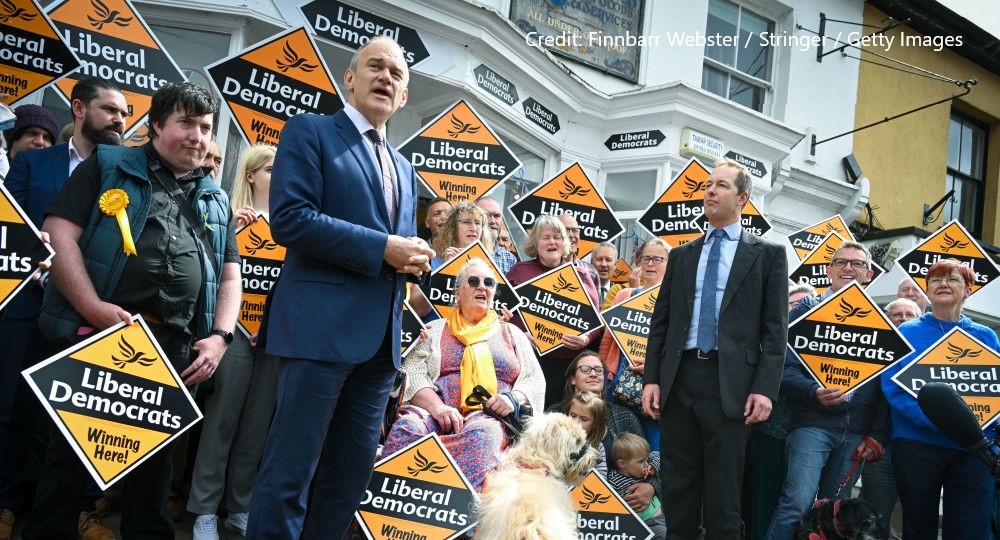 The Liberal Democrats’ capacity for survival was once famously compared to that of cockroaches surviving a nuclear apocalypse. Having failed to turn remainer anger over Brexit into significant parliamentary gains at the 2019 general election, Liberal Democrat activists are generally feeling upbeat following last year’s by-election victories and their significant gains at last month’s local elections. This positive vibe means that commentators barely batted an eyelid that the Liberal Democrats started the Tiverton and Honiton by-election as the bookies’ favourites.

Yet whilst predictions of Labour victory in Wakefield are supported by recent constituency polling, is the expectation of Liberal Democrat victory in Tiverton and Honiton really so well–supported by the evidence?

The Liberal Democrats’ short betting odds in Tiverton and Honiton seem to be based on two heuristics. Firstly, that the Liberal Democrats are traditionally strong in South West England. Second, that the Lib Dems are proving to be electorally successful in rural areas as evidenced by their sensational by-election victory in North Shropshire last year.

Let’s deal with these two points in turn. Whilst the South West of England was indeed a strong area for the Liberal Democrats between 1997 and 2010, since nailing their flag to the mast over Brexit the basis of Liberal Democrat support has migrated to affluent well-educated areas in the Home Counties.

Of course, last autumn’s sensational victory in North Shropshire showed that the party did have the potential to win in leave-voting Leave areas and it is this that has primarily led to the expectation of Liberal Democrat victory in Tiverton and Honiton.

The potential for Conservative defeat is aided by the tacit electoral alliance of Labour and the Liberal Democrats acting as a pincer movement on the governing party with the former focusing on Wakefield and the latter on the Devon seat. Issues over payments to farmers and ambulance waiting times provide fruitful issues for the Liberal Democrats to campaign on.

But the party’s success in North Shropshire was also helped by the Conservatives’ complacency. They clearly under-estimated the Liberal Democrats’ potential to win in rural leave-voting areas and lazily selected a ‘lawyer from Birmingham’; a mistake they haven’t repeated this time around.

However, the Conservatives went away and came up with a better message and strategy, allowing them to nearly wipe out the Liberal Democrats altogether at the 2015 election.

To win in Tiverton and Honiton the Liberal Democrats would require a 22.8% swing, smaller than what they achieved in last year’s by-elections in Chesham and Amersham and North Shropshire but still a tall order. There is a possibility that if the Liberal Democrats pull off an enormous swing, but one not quite enough to win, this will change the narrative for Boris Johnson, given how much Conservative defeat in Tiverton & Honiton is assumed by commentators.

Last Monday Boris Johnson’s leadership looked fatally wounded after 41% of his MPs voted that they had no confidence in his leadership. Yet after having survived a week with no major resignations from his government would the Conservatives squeaking home in Tiverton and Honiton offer Johnson a lifeline by confounding such widely-held expectations?

But Witney is number 39 on the Liberal Democrats’ target list on a national swing. In nearby counties, the party will be trying to hold onto Oxford West & Abingdon, St. Albans and Chesham & Amersham as well as trying to gain Winchester, Esher & Walton, Guildford, Hitchin & Harpenden and Wokingham. Two other Oxfordshire seats (Wantage and Henley) both have smaller Conservative majorities over the Liberal Democrats than Witney.

To encourage tactical and switch voting Liberal Democrats need to convince voters that they can win in their area and they achieve this through a strong poster campaign, personal contact with voters and an emphasis on the local context. This requires boots on the ground and is much more difficult to scale up than the Conservatives’ usual tactic of national direct mail and social media advertising.

Focusing on the local context also means that the party’s most effective messages are covered by the more restrictive constituency spending limits. Whereas parties such as the Conservatives who wish to focus on a national message are able to take advantage of the far more generous national campaign spending limit.

In both 2010 and 2019 expectations for major increases in the number of Liberal Democrat MPs failed to come to fruition. Liberal Democrat gains in the ‘Blue Wall’ at the next election are perhaps also more likely to be modest, rather than spectacular.

By Chris Butler, Lecturer in Politics at the University of Manchester and a former Campaigns Staffer for the Liberal Democrats between 2007 and 2015.