Liberty, wealth or peace: the choice offered by the Brexit deal 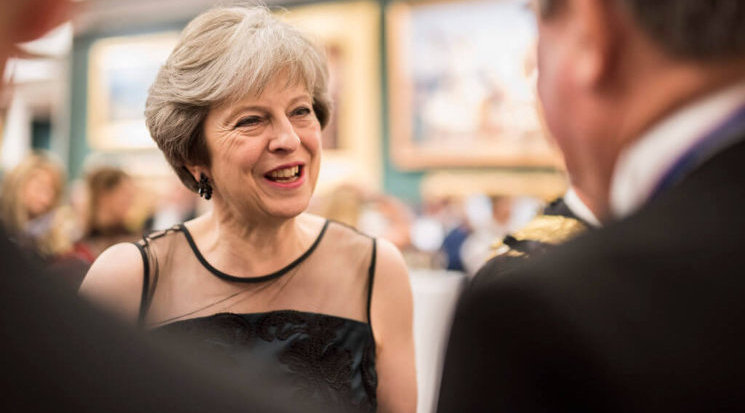 Liberty, wealth or peace? And if you can only have one of them, which do you go for?

Hard Brexiteers desire freedom above all else – the liberty to make your own decisions, good or bad. Hard Remainers place top billing on economic prosperity and don’t see much merit in the freedom to be poor.

And the Prime Minister wants to head to a peaceful land where compromise between the two sides lessens the chances of a winner-takes-all endgame and the associated bitterness and acrimony.

Politics is often about forcing yourself to rank a set of initially equally desired values. We all want independence, money in our pockets and a fairly harmonious society, but if we want all these things to the same extent we’ll find it difficult to make a political choice.

We have to make a judgement call and identify the value we like most and allow ourselves to be chaperoned by that value to the associated relevant political option.

So, perhaps the Prime Minister’s best bet is to argue explicitly that peace should trump both wealth and freedom. And it is her deal that offers the most effective path to a relatively harmonious destination.

She could argue, with some justification, that the UK is looking increasingly like a divided society that may get ever more fractious. The Prime Minister could invite MPs to engage in the following thought experiment.

They are parachuted in as advisors in a deeply divided polity enduring an acrimonious row between two groups over a contentious issue.

Rather than viewing the situation through the prism of sovereignty, or possible changes in GNP per head, the Prime Minister could suggest that most MPs would likely try and identify whether there was any workable compromise option on the table that the two groups could possibly accept.

And if the warring locals quibbled that there was indeed a detailed 585 page compromise proposal (with a 26 page future roadmap appendix) fresh off the printing press but they didn’t like it because it was a compromise, how – she could politely enquire – would MPs respond?

Keep going until one side wins? Or, perhaps, consider more carefully the compromise?

It is generally seen as a weakness that the PM’s plan has attracted very few followers and is regarded as ‘doomed’. But in a divided place, alienating equally both sides is a potential strength rather than weakness.

Politics in such societies is about the equal distribution of unhappiness, attaining the aim of keeping all sides moderately but not extremely upset. Avoiding asymmetrical betrayal is an elegant political achievement.

The Prime Minister is arguably in the enviable position of having done the hard work of the grown-up politician in the room, assembling against all the odds an implementable plan of action.

If her rivals on all sides refuse to implement it, on their heads be it. If they continue their all-out desire to win rather than to achieve a relatively harmonious compromise, at least she will have done her best.

Although the PM could be criticised from many angles, we are left with a compromise deal that MPs have to make up their minds about, and have not yet voted upon. This is a particularly acute problem for the Labour party.

But it could simply declare its intention to support May’s deal on the grounds of seeking national harmony. As, albeit with difficulty, could Jacob Rees-Mogg and his allies.

In response to such prompting by the PM, her rivals could of course say that the analogy of a deeply divided society is misplaced and the underlying robustness of democratic values in the UK facilitate a winner-takes-all game, a battle to the end.

Hard-line Remainers who seek a second referendum in order to stay in the EU do however run the non-trivial risk of postponing reconciliation until they have completely defeated their rivals.

Knocking Leavers flat on the canvass and then turning up with smelling salts and a cappuccino may result in a less than positive response. And hard Brexiteers risk driving the 48 percent completely mad if they manage to achieve exit without a Withdrawal Agreement.

As MPs consider their options, a lot hangs on the extent to which they regard the UK as a deeply divided place.

If they do, the Prime Minister may suggest, they should follow the kind of advice that they would likely offer to parliamentarians in other deeply divided places when faced with accepting or rejecting an imperfect compromise.

Accepting the deal would of course not end the debate and would simply facilitate further discussion during the ‘transition period’.

But the alternative is asymmetric pain, and MPs currently intent on rejecting the PM’s plan are presumably highly confident that it would not lead to highly fractious disharmony.

Liberty and wealth are to be prized, but the battle between the two may see the loss of another prize which may only be noticed in its absence.

By John Garry, professor of Political Behaviour at Queen’s University Belfast and principal investigator on a UK in a Changing Europe project on deliberative democracy and public attitudes to Brexit in Northern Ireland.