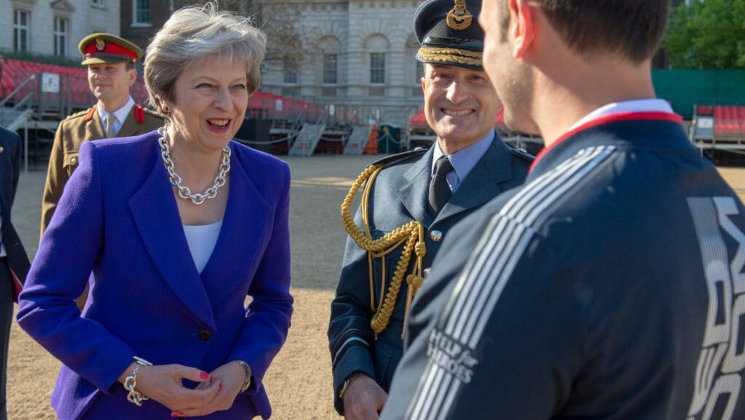 Believe it or not, Brexit isn’t everything. It may dominate life in Westminster and Whitehall, as well as the media, but by the time the next general election comes around domestic issues will count.

Although Brexit will play out over the next decade, for the public it will most likely be a settled issue from 29 March 2019, once the UK officially leaves the EU. The rest, to the casual observer, will be largely technical. So it is likely that the old, pre-Brexit divides will become crucial once again.

While there’s evidence the Brexit identities of Leave and Remain have become engrained in our political culture, this doesn’t mean Brexit will be the policy area that most shapes public opinion at the next national election. Most people have made their minds up on the issue, with about 10% still uncertain. So there’s not much to play for on Brexit.

What could shift the dial either way is good old-fashioned politics.

Both sides will soon realise that their Brexit allegiances don’t carry into the domestic sphere. Regardless of the Brexit debate, Labour Leave voters are unlikely to have come around to the idea of fiscal self-flagellation, just as Tory Remainers most probably remain allergic to higher taxation (although the gap between the parties on tax policy, as we’ll see, is remarkably narrow).

How will these contradictions resolve themselves?

This classical left-right divide is clear in the polling around which party is seen as most competent on any given issue, as the chart below shows. 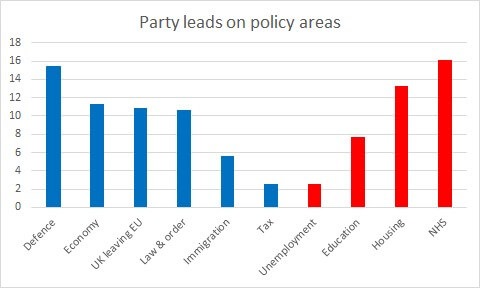 Unsurprisingly, Labour scores well on public services, and is solidly ahead of the Conservatives on the NHS, housing and education, and has a small lead on unemployment.

The Tories, for their part, perform well on their bread and butter issues too. They have a hefty advantage on defence and security, and solid leads on the economy and law and order, as well as on managing the UK’s exit from the EU.

When these are compared with the issues the public sees as most important, each party’s strengths become clear, and all too familiar. The chart below shows the trends of the most important issues for the public since around the time of the referendum.

For almost two-thirds of people, the UK leaving the EU is currently in the top three biggest issues. Given the Conservatives have an 11-point lead over Labour on which party will best manage the process, the Conservatives counterintuitively could be well advised to keep the focus squarely on this process.

Easily the second most important issue is health—Labour’s strongest policy issue—which around 40% of people see as one of the most important issues. Housing and education are other areas where Labour does relatively well. Crucially, these issues are likely to persist well beyond the next election.

The trouble for the Conservatives is their three main areas of advantage—Brexit, the economy and immigration—are closely linked to how the negotiations play out, and are therefore subject to a high level of risk.

The economic outlook in particular remains fragile, and even many in favour of leaving the EU expect some sort of short-term hit to the economy when it actually happens. Should this materialise, or the UK hit a downturn in the economic cycle during the next four years, it would no doubt damage perceptions of the Conservatives’ economic competence, bringing it closer to Labour on this issue.

Furthermore, once we’ve officially left the EU in March 2019, or practically left after transition in 2021, Brexit is likely to slip down the list of priorities.

That could leave immigration as the party’s one clear area of policy advantage. But even this lead is currently smaller than we might expect, at just six percentage points.

When the next election arrives, the Conservatives will have been in power for 12 years, with little scope to deflect blame for under pressure public services. If they want to win a decisive majority in 2022, they need to answer the pressing domestic issues of healthcare and housing, not just their core concerns.

Given the all-consuming nature of Brexit on the government, whether it’s possible in time for the next election is another question entirely.

By Matthew Bevington, researcher at The UK in a Changing Europe. This piece originally featured in Times Red Box.