Life after Trussonomics: the revival of Treasury orthodoxy and the future of levelling up 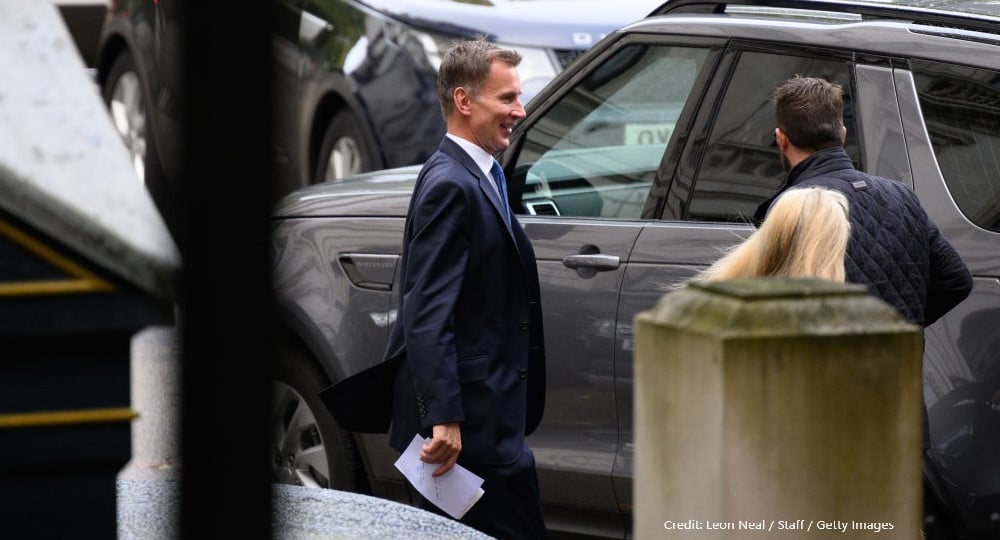 Patrick Diamond, Dave Richards, Anna Sanders and Andy Westwood assess the prospects for the levelling up agenda after the change in Chancellor and subsequent U-turns on the majority of the government’s initial Growth Plan.

Truss became Prime Minister claiming to offer a fresh economic start – a new route map for economic growth – through a set of unprecedented reforms. The initial Growth Plan set out by Kwasi Kwarteng was a supply-side vision for a lower tax system, public sector contraction and deregulation, which drew comparisons with the ‘trickle down economics’ of the Reaganite era but with a modern-day reboot informed by contributions from the likes of the Institute for Economic Affairs. Economic growth of 2.5% a year would be driven by an unprecedented array of supply-side measures involving £45 billion in tax cuts. It would require taking on the ‘abacus economics’ of Treasury orthodoxy, symbolised by the contentious early sacking of Treasury permanent secretary Tom Scholar.

The Truss honeymoon has been one of the most short-lived in British political history. Market and political turmoil followed September’s ‘fiscal event’. Exacerbated by the government’s decision to turn down an offer from the Office for Budget Responsibility to assess its economic impact, a rapid depreciation in Sterling, and subsequent Bank of England interventions to correct ‘dysfunction in the gilt market’, took place.

Within 38 days of office, Kwarteng was sacked as Chancellor. His sacking was followed by an unprecedented series of major U-turns, with the new Chancellor, Jeremy Hunt, swiftly dismantling the majority of the key supply-side measures underpinning Truss’s original growth plan.

To calm the markets, Hunt declared ‘nothing was off the table’ and with it, the notable return of departmental spending cuts (another U-turn), as he prepared the ground for late October’s medium-term fiscal plan.

Trussonomics to all intents and purposes fell at the first hurdle. Its growth plan based on an unheralded (and untested) set of supply-side reforms is no more, replaced by a Treasury orthodoxy of fiscal rectitude. But this raises a broader question: are commitments to levelling up likely to survive the return to such an orthodoxy?

Levelling up survives, just, but in a much-paired back form from the vision set-out in Gove’s 332-page February 2022 White Paper. What elements remain of levelling up in Truss’s debunked growth plan mainly reside in the form of a selective commitment to infrastructure investment.

The main spatial economic intervention is ‘investment zones’ targeted at forty local authority areas across England, where business would get 100% relief from business rates alongside streamlined planning processes. Hunt has paid lip-service to this strategy, declaring that the government remains, rhetorically at least, committed to ‘pro-business’ policies.

The original Truss government approach argued that low taxes were consistent with higher economic growth. Critics pointed out that this plan ignored international evidence about how best to generate economic growth in advanced economies. Moreover, concerns have been raised within the Treasury over the lack of clarity on the number of investment zones, risking a tax liability of up to £12bn.

Rather than a coherent growth model, Trussonomics offered a fiscal package based on ideological preconceptions about low tax and liberalisation. Evidence suggests that growth tends to be stronger in countries with higher levels of public investment in education and human capital, where there is consistent support for Research and Development to spur innovation, and a long-term commitment to the modernisation of public infrastructure. Such growth models imply an active role for government in the economy, rather than one committed to spending cuts as part of wider fiscal austerity package to balance the books.

Supply-side reforms intended to produce ‘trickle down’ effects throughout the income distribution were always unlikely to deliver the outcomes associated with the levelling up agenda that was the driving force of the Johnson administration. The Truss government’s economic strategy was always based more on a leap-of-faith than sound, evidence-based, policy-making. Could tax breaks in Kensington and Chelsea lead to economic uplift in Jaywick or Mansfield? Truss and Kwarteng never provided a convincing explanation as to how their approach would address the longstanding problem of UK spatial economic disparities. It remains to be seen whether Hunt’s autumn statement will offer greater clarity.

Hunt’s commitment to fiscal retrenchment alongside the re-emergence of Treasury orthodoxy reveals the potential challenges now surrounding the levelling up agenda. Treasury officials have long been sceptical of the case for spatial economic governance, even if they went along with George Osborne’s plans for devolution to city-regions after 2015.

Aeron Davis’s recent book makes a compelling case that the Treasury has always been reluctant to champion industrial policy, influenced by what it sees as previous failings from the corporatist era to ‘back winners’. It has instead preferred to liberalise product and capital markets through deregulation, based on a ‘strong adherence to free markets and free trade’.

Truss’s rapid loss of economic credibility and the wholesale change in tack by a government now committed to ‘economic stability’, in the shape of a package of  £32 billion in public spending cuts, sees the Treasury return to the centre stage, reprising its role as the custodian of the nation’s finances.

In the midst of all the economic and political chaos, less noticed has been Hunt’s creation of a new Economic Advisory Council to ‘advise on UK and international economies and financial markets’. Its initial four members are all drawn from the financial sector and are based in London. This does not bode well for those that fear a new wave of public spending cuts will spell the end of any remaining parts of the original Johnson and Gove levelling up agenda.

The authors are affiliated with the ESRC’s Productivity Institute, on the project The UK Productivity-Governance Puzzle: Are UK’s Governing Institutions Fit for Purpose in the 21st Century?.

UK in a Changing Europe is publishing a major report on public perceptions of levelling up and regional inequality.