Lighting the fuse to Brexit 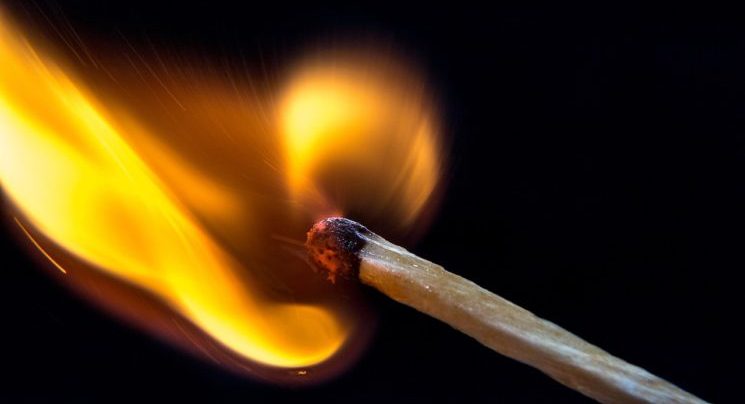 British politicians do not expect to have their actions dictated by clauses in a written constitution but European Union policymakers do. Article 50 of the Treaty of the European Union is an awkward constitutional constraint on Theresa May, the new Prime Minister. It not only recognises the right of an EU member state to withdraw from the Union according to its own constitutional requirements but also sets out the timetable for doing so.

Once the British government notifies the European Council of its intention to withdraw, Article 50 becomes a short fuse that, after burning for 24 months, ends with the big bang exit of the United Kingdom from the European Union.

Notwithstanding an unambiguous commitment in principle to withdrawal, the new prime minister is hesitant about lighting the fuse promptly. Time is needed to prepare for Britain no longer being an EU member. This involves securing a new agreement about the country’s post-exit relationship with EU member states; starting negotiations on trade with countries outside the EU such as the United States and China, and beginning the task of making massive revisions in British laws linked to the country’s EU membership.

Before 23 June the government had no exit plan in place because it was committed to the UK remaining in the EU. Nor does it have the staff due to cuts over recent years in the budget of the Foreign Office and Downing Street’s indifference to the internal politics of the EU. Brexit campaigners were long on visions of a better future free of EU membership but short of details about how the country gets there from here.

Canada, Norway, Switzerland and the United States provide different models for the UK’s future relations with the EU. They offer options for agreeing access to the single market and obligations to admit EU migrants, implement EU laws and contribute to the EU’s budget. Each agreement took more than two years to negotiate.

The British government can choose when to notify the EU that it is withdrawing. Before becoming prime minister Theresa May said she would not invoke Article 50 until next year, in order to prepare the government for the complicated negotiations that lie ahead. However, the referendum placed a box of matches in the hands of eurosceptic Conservative MPs. Having spent years campaigning to get the country out of the EU, they want the fuse lit sooner rather than later.

The unopposed election of Theresa May this week gives Downing Street and its Whitehall team an extra two months to prepare for starting the count down for withdrawal. Conservative MPs who campaigned for Brexit will be looking for her to announce the date when formal withdrawal discussions will start at the Conservative Party conference in early October or, at the latest, when Parliament resumes promptly thereafter. Since May sided with David Cameron in endorsing remaining in the EU, signs of hesitancy or back tracking on withdrawal will raise suspicions among Brexit MPs that could lead to a re-opening of divisions in the Conservative Party and give a boost to UKIP if a by-election were held.

EU leaders have had to put up for years with David Cameron’s ambiguous commitment to the EU. They have made it clear that negotiation for a fresh British relationship with the EU can only begin after it invokes Article 50. Negotiations will be bilateral: the UK government will be on one side of the table and the leaders of the EU and of 27 member states will be on the other side. The UK will be excluded from key meetings when EU leaders decide what terms they will accept. They have no wish to make withdrawal an attractive option for other member states wanting to loosen their ties with the EU.

The red line goals of the British government are to retain all the advantages of participation in the single market and to regain the right to prevent the free movement of EU citizens to Britain. These aims are in conflict with EU principles. The economic goal asks the EU to accept limitations on its power to regulate eurozone activities affecting the City of London. Imposing controls on migration conflicts with the EU principle of free movement of labour between states that are part of the single market.

The EU is accustomed to dealing with conflicting goals by a combination of compromise and obfuscation. However, negotiating a new agreement by adding large dollops of Belgian chocolate and British fudge to make it palatable to all concerned will take years. The greater the compromises the prime minister makes to EU negotiators, the greater the difficulty she will have in selling it to Conservative MPs.

If no agreement about a special British relationship with the EU can be reached after 24 months of negotiations, the UK’s membership will automatically lapse. This will deliver one red line goal will be achieved: Her Majesty’s Government will have full power over immigration from EU countries. Another will not: maintaining British access to a European market of 450 million people on most favourable terms.

Article 50 makes provision for extending the time allowed for negotiations. However, this would require the unanimous approval of member states. There is no appetite for indefinite delay among 27 EU member states facing their own political challenges, for example, a presidential election in France in May and a general election in Germany the following October.

If the fuse of Article 50 is lit by this New Year’s eve, Britain’s membership in the EU will terminate at the end of 2018. At the start of 2019 EU institutions must make firm preparations for the election of a new European Parliament in May and a new European Commission in summer 2019. EU politics thus creates a shared interest between Brussels and Brexiters for the UK to start formal withdrawal negotiations within six months. The message Downing Street is getting from Angela Merkel and Jean-Claude Juncker is, in the words of one of Europe’s greatest poets, William Shakespeare: ‘If it were done when ’tis done, then ’twere well It were done quickly’.

By Professor Richard Rose director of the Centre for the Study of Public Policy at the University of Strathclyde Glasgow and a commissioning grant awardee from the The UK in a Changing Europe.