Living awkwardly ever after: what if the UK voted to leave the EEC? 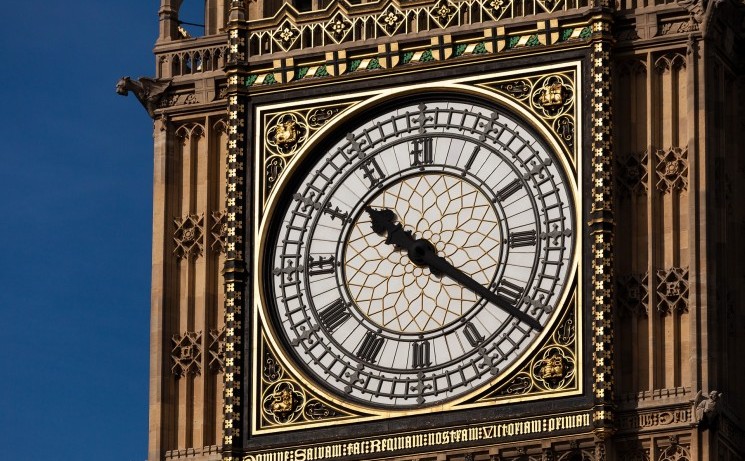 In the first of two articles, Tim Oliver examines what the UK and EU might look like today had the UK’s referendum on Europe failed nearly 40 years ago.

On June 5, 1975 a Labour government put a choice to the British people: they could either leave the European Economic Community (EEC) or vote to stay, according to the terms Prime Minister Harold Wilson and his government had negotiated. The result seemed a solid commitment: a 67 per cent vote in favour, with voter turnout of 65 per cent.

European integration has nevertheless remained one of the most divisive issues in British politics, splitting parties and helping topple prime ministers. Relations between the UK and the rest of Europe have been difficult too, typified by opt-outs and vetoes.

It is therefore easy to surmise that both British politics and European integration would have been better off had the British voted to leave in 1975.

The fact that both would have found this setup difficult offers pointers to what may lie ahead should Britain vote to leave in its forthcoming referendum.

The alternative EEC: decentralized and liberal

Imagine, if you will, a completely different scenario: The morning of June 6, 1975 was a sombre one for the European Commission. It had been counting on a successful enlargement, wherein the inclusion of the UK would provide a useful counterbalance to French power and thus a means of asserting its own political predominance. Instead, Britain voted for exit, triggering member governments to invest more thoroughly in bilateral relations and consequently keeping the EEC’s central institutions quite weak. As it scrambled to find means of pushing integration forward, the Commission’s proposed Single European Act thus reflected a careful compromise between north and south.

In negotiations between governments, however, it was the Anglo-Saxon neoliberal economic agenda then sweeping the US that shaped the result, with West Germany supported by the Netherlands promoting market liberalization.

Unsurprisingly, there was resistance, with each of the eight member states taking turns at being labelled “the awkward partner.” France’s willingness in particular to object and threaten vetoes was the source of much debate and led to a growing sense of semi-detachment.

And yet, soon enough there were grounds for political deepening, this time in the form of another ambitious enlargement project. Despite “losing the UK,” renewed enlargement was driven powerfully by changes in the Mediterranean.

Even the British government, sitting now in the European Free Trade Area and wary of the EEC’s growing market size, supported EU membership for Greece, Portugal, and Spain, recognizing that economic links alone would be insufficient to support political changes in these countries. This gave the EEC a significant opportunity to build its position as the predominant organisation of European politics.

The reunification of Germany and the applications for EEC membership from Eastern Europe (strongly backed by the US, which was of course keen to see the EEC compliment NATO expansion) shifted Europe’s centre eastward.

In an ironic twist, France now became the member state most eager to bring Britain back into the EEC fold. For Paris was suddenly eager to counterbalance the new Germany and the eastward shift of power.

The Alternative Britain: Fragmented and Interventionist

For British politics, the morning of June 6, 1975 was equally sombre. For the government, this policy U-turn imposed by the public was a humiliation on a par with the Suez Canal debacle of 1956.

Harold Wilson’s subsequent resignation weakened the Labour party, already governing on a slim majority. But it was probably the leadership of the centre right Conservative party – the more pro-European of the two main parties at the time – that was most damaged by the outcome. Even though they were not in power, many Tories saw the “no” vote as a personal defeat on an issue they considered central to Britain’s future.

The “no” added to a sense that Britain lacked direction, wracked as it was by high inflation, declining competitiveness, growing unemployment, increased strike activity and growing union militancy, constitutional uncertainty, and political fragmentation – not to mention social changes that many saw as evidence of general moral decline.

A spending crisis in 1976 forced the British government to seek a £2.3 billion loan from the IMF. This in turn led some pro-Europeans to point to how, even outside the EEC, Britain’s sovereignty was as compromised as many of the “out” campaigners had argued in the 1975 referendum.

In 1976 the UK reverted to membership in the European Free Trade Association. As an organisation that had already failed to live up to its promise (real liberalization without the strictures of political integration), it had lost Denmark and now consisted of Austria, Iceland, Liechtenstein, Norway, Portugal, Sweden, and Switzerland.

Britain continued to face the economic challenges of the end of empire and a shift of trade toward Europe, albeit investing in new efforts to expand trade with non-European markets.

Just as such attempts had flat lined earlier, so too these ran into trouble. Britain’s non-European trading partners always seemed more interested in the EEC than EFTA.

Similarly, Britain – along with the rest of EFTA – still had to think about European markets more than any other. As a result, the issue of Europe remained unsettled.

Pro-Europeanism and Euroscepticism became increasingly powerful forces, both alert to the way developments in the rest of Europe were shaping Britain. For pro-Europeans, Britain’s inability to secure its interests was a continual source of concern.

For Eurosceptics buoyed by the vote to withdraw, the growing power of the EEC, its expanding economic reach, and the pressure on Britain to “kowtow” to it were a continual source of excitement. This Euroscepticism was matched by a strong strain of anti-Americanism, reflecting uncertainty about Britain’s position in the world, its political economy, and its political and constitutional development. Imagining British apartness from Europe became increasingly difficult, as economics, travel, sport, immigration, politics, and its unique position between Ireland and France meant otherwise.