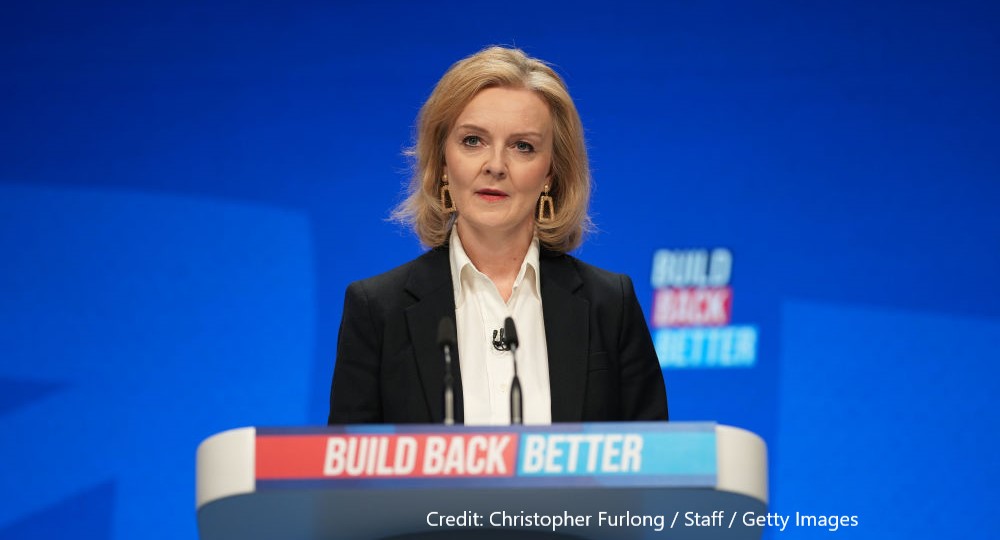 There was no need for the Prime Minister to announce the new regime for running Brexit on a Sunday evening. For once, in this tortured process, there was no imminent deadline, no scheduled meeting, and time to sit back and work through the detailed machinery of government consequences. Instead, the Prime Minister rushed out an announcement that Liz Truss, the Foreign Secretary, would become the ‘lead negotiator’ and that she would be assisted by Chris Heaton-Harris, a former Transport minister, as Minister of State.

Many people thought that Brexit should always have been run out of the Foreign Office – and one of those was undoubtedly the Prime Minister, himself a former Foreign Secretary. But Theresa May first created a dedicated unit, and then realized her folly and recreated a Europe Unit in the Cabinet Office. Under Boris Johnson, Lord Frost ran the negotiations as an adviser out of No.10, while Michael Gove oversaw Brexit preparations from the Cabinet Office.

Once the Trade and Cooperation Agreement (TCA) was concluded, Lord Frost took over the three fronts of Brexit: managing the long-run relationship as Chair of the Partnership Council and of the Joint Committee (the work of his Europe team, working with the UK Mission in Brussels); overseeing the implementation of new Brexit border regimes by the Border Delivery Group; and realizing the Brexit dividend (the work of the newly established ‘Brexit Opportunities Unit’).

The current Foreign Secretary could seem the logical choice to take on the first of those functions. She comes with some personal credentials as the former International Trade secretary, so she at least knows her way round Free Trade Agreements (FTAs), such as the one the UK negotiated with the EU. But there is of course far more in the TCA than just a trade deal, and none of the FTAs she was involved with at DIT had anything like the Northern Ireland protocol to complicate them.

Moreover neither she, nor her deputy Heaton-Harris, have been engaged at all in the detail of either the TCA or the Withdrawal Agreement. There is a very steep learning curve ahead.

But the problem with UK-EU relations, and the reason why the Foreign Office had been edged out of EU affairs over the last three decades, is that much of the substance of UK membership, and now the TCA, is nothing to do with foreign relations at all – it’s all intertwined with domestic policy choices (true too of the substance of other trade deals).

So the Foreign Office will now need, through the newly transferred Europe team, to get to grips with the risks of changes to GDPR to data adequacy, rows over fishing licences, threats to interconnectors, and whether changes to UK regulation threaten to breach the TCA’s level playing field ambitions.

Frost also spent quite a bit of time in Northern Ireland, giving evidence to the Assembly at Stormont and meeting business representatives.

Indeed, although the TCA also covers internal security cooperation, the one area that the UK rejected being subject to ‘structured cooperation’ was foreign policy and external security – so bizarrely the Foreign Secretary’s day job is the one issue that the UK insisted was not on the table at future UK-EU meetings.

In practice what this means is that all the heavy lifting will fall to Heaton-Harris, as Liz Truss will not have the time or bandwidth for more than the odd appearance at the Partnership Council, the odd speech and handshake with Maroš Šefčovič, and giving a political steer. That leaves Heaton-Harris in an unenviable position.

If the Prime Minister and Liz Truss do not see eye-to-eye on the big issues – like whether to compromise on the protocol – he will either need to engage in shuttle diplomacy between Downing Street and the FCDO, or will end up as a tug-of-love child torn between warring parents. And outside the Cabinet, and without the claim that Frost had to be the Prime Minister’s Brexit brain, he will find it hard to assert his authority over other departments.

One of he and Liz Truss will also have to build relationships with the devolved governments, who have complained throughout the process about their exclusion from key elements of the Brexit negotiations. This is not natural FCDO territory.

But what of the other bits of the Frost mini-empire? If managing the relationship is a tough ask for the FCDO, it is hard to see the Foreign Secretary wanting to take time from her overseas trips to get to grips with the intricacies of the detail of the new border operating model. That will probably gravitate back to the responsible departments.

It is possible that the Prime Minister will also decide that it is now up to departments to make the running with their own ‘Brexit opportunities’ and that there is no need for a central unit to gee them up.

Only two weeks ago Lord Frost announced a review of retained EU law – a purely domestic task way outside the FCDO remit, but with big potential read-acrosses to the future of the TCA. And the newly established team were champing at the bit to up the pace on practical divergence and change mindsets across Whitehall to start realising the elusive Brexit dividend.

Does that project get quietly shelved? Does the Brexit opportunities unit stay in the Cabinet office, and report to Steve Barclay as Chancellor of the Duchy of Lancaster? Or does it move to the Treasury, or the Business Department?

Previous reviews of red tape, under David Cameron, were run from the Cabinet Office by Francis Maude and then Oliver Letwin, but making headway is grinding work, and after the TCA and the protocol any changes to UK regulation need to be studied for their impact on trade with the EU, the depth of the Irish Sea border and the implications for the UK internal market.

Bringing all these dimensions of Brexit together in one place at the centre of government, with a trusted Cabinet-level lieutenant at its head may just have been a ruse to find a berth that would (briefly) satisfy Lord Frost’s demands, but it did make organizational sense. It’s not clear yet that the post-Frost arrangements have been adequately thought through.

By Jill Rutter, senior research fellow at UK in a Changing Europe.