Pundit peril: local elections are not a straightforward measure of the public mood 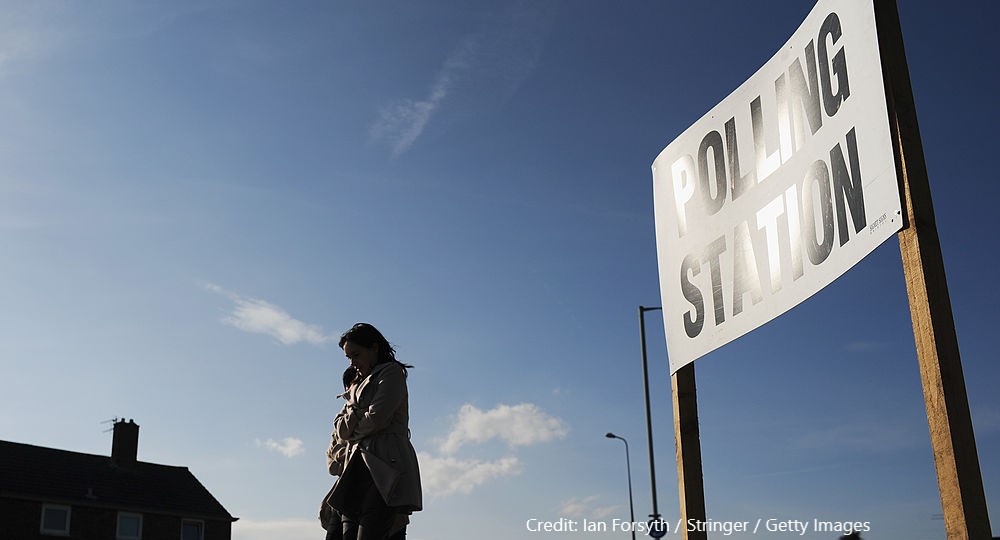 Local election turnout is low, in some places very low. The last time the seats in England that will elect councillors on 5 May were contested (in 2018) just over one in three potential voters went to the polling station.

Understanding exactly who turns outs to vote is difficult, as those most disengaged from the political process are unlikely to agree to answer surveys on political topics. This is especially the case for on-line panel studies where even turnout for general elections is overestimated (the British Election Study on-line panel estimates turnout at the 2019 general election at 80%, compared with an official figure of 67.3%).

However, we can look at those who voted at the 2019 general election having not done so at local elections in 2018, which reveals some distinctive trends about the type of people who vote in local elections.

With a general election slowly appearing on the political horizon, it is important to understand just how much the local election results are a useful benchmark for the parties and where voter behaviour might differ. 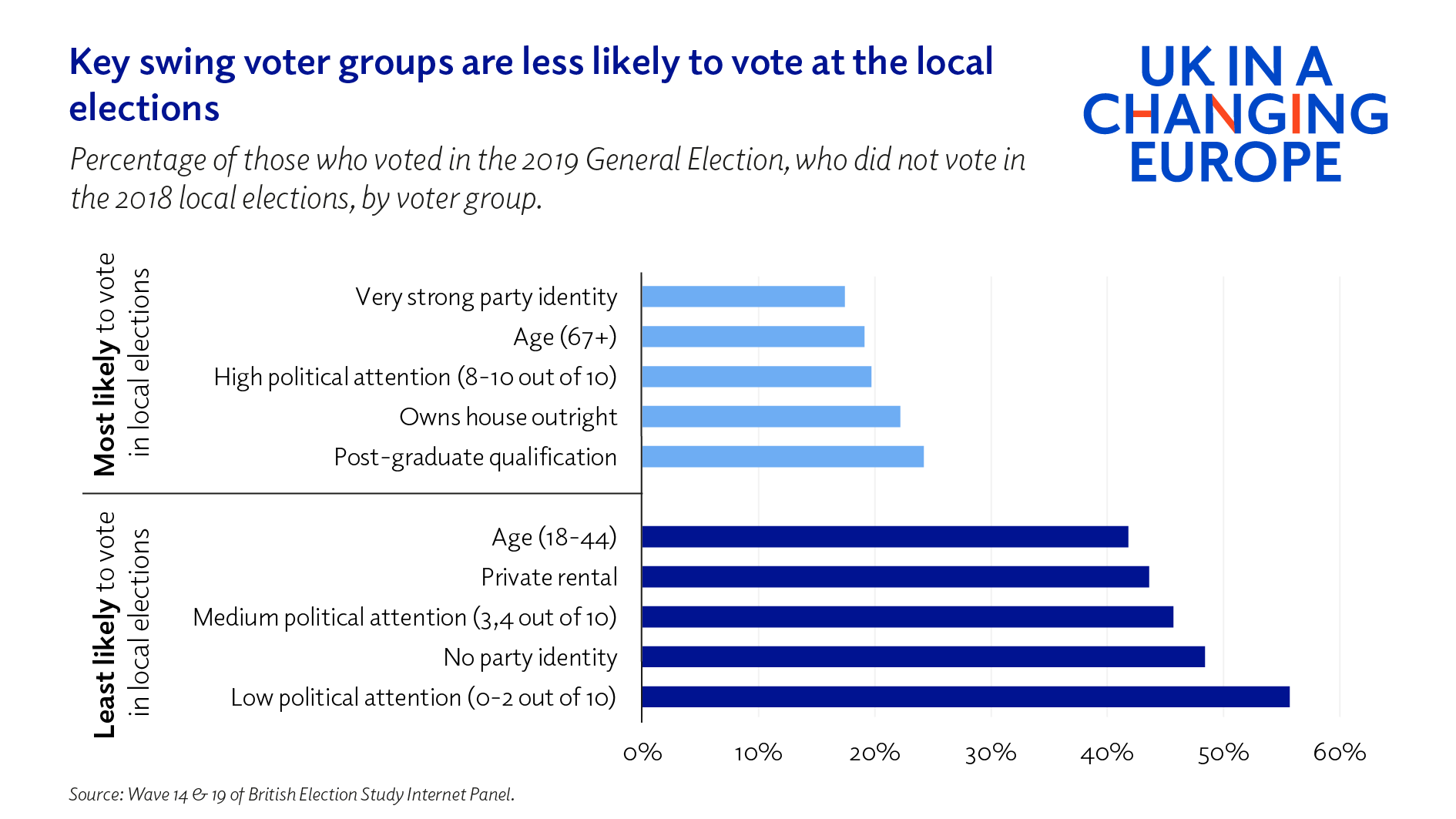 Overall, 32% of those who voted at the 2019 general election had voted in the 2018 local elections (including only those whose areas held elections in 2018).

Looking at the characteristics of those who did not vote in 2018 but voted in 2019, some important patterns emerge.

We shouldn’t be surprised, given this role of party identity, to find that those voters who switched from Labour to the Conservatives in 2019 were also less likely to have voted in 2018.

Around one in four of those who voted for either Labour in both 2017 and 2019 or the Conservatives at both general elections did not vote in the local elections in their area in 2018.

For those who switched from Labour in 2017 to the Conservatives in 2019 more than one in three did not vote in 2018. In other words, those more likely to switch between parties, who are less connected to any one party, are less likely to vote in local elections than those whose voting behaviour had not changed between 2017 and 2019.

Local politics is often stereotyped as the realm of the older, well-heeled voter. The data suggest the first part of this has some bearing in the reality. Among under 45s who voted in the 2019 general election, 42% did not vote in the 2018 local elections, while for those aged 45 to 66 this was 29% and among those aged over 67 it was 19%.

For the Conservatives, it is likely to be the most loyal of their voters that turn out to vote, perhaps shoring up results where some have already turned away from the party but are not motivated by any sense of loyalty to another party to turn out and vote for them. They run the risk of a certain amount of ‘motivated reasoning’ and misreading the impact ‘partygate’ as less than polling (and focus groups) suggest.

For Labour, hoping to see the local election results as a stepping stone to a general election victory, they may appear disappointing as the well-known effect of competition from smaller parties (notably the Green Party) at local elections combines with apathy among those voters that seem to be warming to the party in national polling.

For both parties, the critical ‘swing’ voters that moved from Labour to the Conservatives in 2019 may be missing from these elections in large numbers. Both would do well to remember this when taking lessons from elections where those who head for the polling stations are not entirely representative of those who will do so in 2024.

By Paula Surridge, Deputy Director at UK in a Changing Europe.