Local election stalemate, but Brexit continues to bubble away below the surface 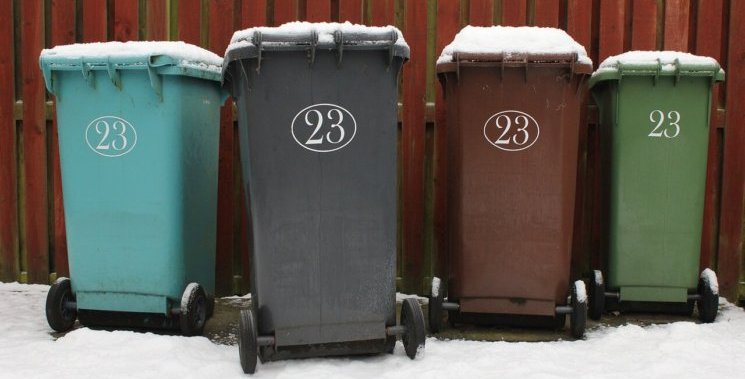 At first glance it’s not obvious that Brexit had much of an impact on the May 2018 local elections in England. After all, potholes and bin collections have seemingly little to do with the ins and outs of the Brexit negotiations. However, alongside the collapse of support for UKIP, the geographic and cultural divides revealed by the Brexit vote remain influential in English politics.

London voted to Remain in the EU by a 20-point margin. By contrast, district councils being contested outside London voted to Leave by roughly 55 to 45, a ten-point gap. And this Brexit divide has largely played out in the local elections.

Our early analysis shows the Conservatives lost as many seats as they gained across the Brexit divide. After the results of 108 councils had been declared, the party gained 94 seats within areas that voted Leave, but it lost 91 in Remain-voting areas. Labour managed to bridge this divide better, winning 53 seats in Remain areas and losing only ten in Leave areas, producing a net gain of 43. Both parties have had difficulties triangulating between their supporters, but this suggests the Conservatives have been less effective at bridging the Brexit divide, losing as many seats as they have gained.

Labour – hoping to capitalise on its softer Brexit position – had a broadly positive night in the capital, albeit one that was far from decisive. It failed to take Wandsworth despite making a net gain on the Conservatives of 15 seats. Barnet and Westminster, two other London councils touted as potentially turning red for the first time ever, also failed to do so, with Barnet going Conservative due in no small part to Labour’s problems with antisemitism.

Labour had strong performances in Redbridge, Hammersmith and Fulham, Enfield and Ealing, but with three-quarters of the resulted announced, it ultimately hadn’t manage to turn any non-Labour councils in London into a majority.

Outside London, Remain citadels also seemed Labour’s best bet. But even here they failed to make a decisive breakthrough. Trafford district council in Greater Manchester, which Labour held only during the absolute peak of New Labour’s support between 1996 and 2002, went to no overall control from a Conservative majority, with Labour’s nine-seat swing not enough to take it.

The results in London weren’t as bad as had been feared for the Tories. But although it wasn’t sufficient to precipitate decisive swings, there was clearly a Brexit effect in some areas. The party suffered heavy losses in Richmond-upon-Thames, as well as Tandridge just south of the capital, at the hands of the Liberal Democrats, and in Redbridge most notably at the hands of Labour. Although it’s difficult to extrapolate to general election constituencies, the Richmond result especially must concern the party for its parliamentary seats of Richmond Park and Putney.

Areas such as Swindon – which voted bang on the 55:45 average in the referendum outside London and had a significant, though ultimately unsuccessful, swing to Labour in 2017 – hardly moved, with the Conservatives holding the council despite losing one seat to Labour.

Both main parties clearly face a trade-off in their Brexit positions. Labour paid a price for its softer Brexit approach. In Walsall, a hung council closely contested by Labour and the Conservatives that voted 68% to leave the EU, Labour lost a net seven seats to the Conservatives. The Tories suffered similar losses on many London councils.

Perhaps more important for the future will be the areas that voted more narrowly to Leave the EU – within a 50-55% margin – such as Colchester, Southampton and Worcester. The dial hardly moved for these areas in the local elections and they remain closely fought, with no dividend to be gained from a previous significant UKIP presence.

Eurosceptic voters clearly now have few alternatives with the collapse of UKIP – which has only a handful of councillors left. Nevertheless, it was a mixed picture for the former UKIP vote in key councils. The Conservatives took Basildon by swallowing half of UKIP’s former seats, but it lost ground to Labour in Thurrock, where three of UKIP’s five seats went red.

The Conservatives have consistently taken more of the UKIP vote than Labour since the referendum. In the 2017 general election, the Conservatives secured 51% of the 2015 UKIP vote, while 17% went to Labour. At these local elections, the Conservatives benefitted from this restructuring of UKIP supporters, gaining Basildon, bringing Dudley to an even split with Labour and almost decimating Labour’s leads in North-East Lincolnshire and Nuneaton and Bedworth – all of which were heavily Leave-voting areas.

The local elections have impacted in important ways on the Brexit parliamentary process. Theresa May’s precarious path to Brexit has meant crunch votes on a customs union with the EU were delayed until after these elections.

Governments are often expected to suffer defeats in mid-terms elections. So the broadly benign result probably prevents both extremes of the Conservatives’ Brexit divide from making too much of it. While May could be criticised for lacking the political skills to sell a positive Brexit vision in Leave-leaning places such as Thurrock, the fact that the Conservatives held on to key London councils such as Wandsworth and Westminster will temper criticism from the Remain wing of the party.

Brexit was clearly not the only factor at play in these elections, however it has left divides across the country. Nearly a year on, England is just as divided as it was at the general election – and at the referendum before that.

This article has also been published by The UK in a Changing Europe.

This article was published with The Conversation. Read the original article.