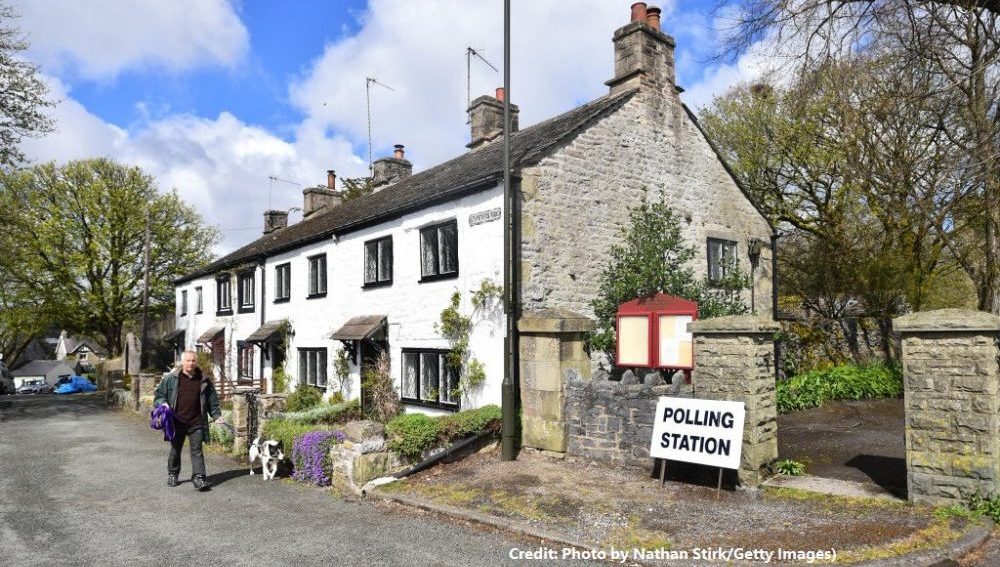 My enthusiasm for unearthing facts about this month’s local elections knows no bounds. But it has not yet found a combined turnout figure for their extraordinary conglomeration of local government, mayoral and police commissioner contests.

Nonetheless, this will undoubtedly be lower than the 67% turnout for the 2019 general election.

And I open with it because it limits the boundaries, or should do, of what can be said about these elections.

For one can never be certain about whose voters didn’t turn out a fortnight or so ago, and what they will do at the next general election – whenever it comes, under whatever boundaries. Let alone those change their view or haven’t previously voted.

But a prism through which it may be useful to look is that of what often happens roughly mid-term: namely, that Government supporters abstain in local elections and return for the general.

Might these results fit that pattern? In the Greater South-East, the traditional Conservative stronghold, up to a point.

All three of their council losses were in this broad area: Tunbridge Wells, the Isle of Wight and, perhaps stretching the point a bit, Cambridgeshire.

And while Oxfordshire was under no overall control and remains so, the Tories are no longer running it. However, the party also made gains in the area: six of its 16 council wins took place there.

Add to them the other ten that took place elsewhere in provincial England, and this traditional model of mid-cycle protest deflates altogether.

Instead, we have a picture of post-Brexit culture change, boosted by Covid-19 vaccination success, with the Conservatives advancing (mostly) in what were once overwhelmingly Labour areas, and retreating (sometimes) in their own established heartlands.

The absence of that turnout figure reinforces the need for caution, but these results, plus that of the Hartlepool by-election, suggest that the Tories are mopping up the Brexit Party vote rather than winning switchers from elsewhere.

Crudely speaking, the picture is one of the centre-right vote in England uniting behind one party, the Conservatives, while the centre-left vote fractures between three: Labour, the Liberal Democrats … and the Greens.

Which is, like so much else, a simplification. For example, the Greens defeated incumbent Conservative councillors across England in places as diverse as Surrey, Sussex, Derbyshire, Stroud, and Northumberland.

Not so much ‘vote blue, go green’, as the Cameron Conservatives used to say, as ‘voted blue, gone green’.

But overall, with those 16 council gains, more than 200 new councillors, and its main mayoral candidates returned, the Tory outing was just about as good as it gets.

Until or unless, that is, the Conservatives can cut a swathe through some ten or so Labour-hold seats at the next general election, boundary changes notwithstanding, which the end of the Brexit Party turn into possible targets.

There is a belt of these in West and South Yorkshire: running south from Normanton, Pontefract and Castleford to Rotherham, where the party had no councillors at all before May, and now have 20, trailing Labour by only three seats.

But remember, Johnson: thou art mortal. As I say, the Greens have proved that they are a potential threat to the Conservatives as well as Labour. The Liberal Democrats gained St Albans from no overall control.

And Ben Houchen’s crushing win in Teesside, plus Andy Street’s improved one in the West Midlands, masked losses to Labour in the mayoral contests overall.

The latter gained Cambridgeshire & Peterborough, plus the West of England. And Sadiq Khan was returned comfortably in London, if less emphatically than four years ago.

All of which confirmed that most of Britain’s cities remain towering islands of red amidst an ocean of provincial blue. The Tories have far less purchase on public sector, younger and ethnic minority voters.

So is the party, as some have suggested, in danger from the movement of such voters out from the cities into the countryside: call it ‘red creep’, if you will – or Brightonisation, if those voters go green instead?

To find out, ‘we need more research’, as academics sometimes say. ConservativeHome, the website I edit, has had an opening squint at the Home Counties.

We noted the Tories losing three councillors in East Sussex, four in West Sussex, six in Kent and no fewer than 14 in Surrey.

There may be an element of Remain-isation in the last, as in a very different place: the better-off parts of Trafford in Greater Manchester.

But local factors are a more plausible explanation of many of the more spectacular losses – for example, the proposed Oxford-Cambridge corridor means more housing there. Resistance to it helps to explain the Cambridgeshire and Oxfordshire results.

But that takes me back to where I started: to the limits imposed on our knowledge from the turnout in these elections.

All in all, there was nothing in them to suggest that Boris Johnson, if the Fixed Terms Parliament Act is abolished as planned, won’t have the option of seeking a general election at some point in 2023.

A dash for the polls in the wake of rapid post-Covid-19 growth, before it starts slowing just as quickly? Perhaps. If the spectre of Scottish independence doesn’t scare him off.

But that, like this month’s Scottish and Welsh elections results, is another story.

By Paul Goodman, Editor of ConservativeHome. Paul is speaking at our British Politics panel on the ‘lessons for the political parties’ today. Register here.