Local elections: are Labour winning back any voters from the Conservatives? 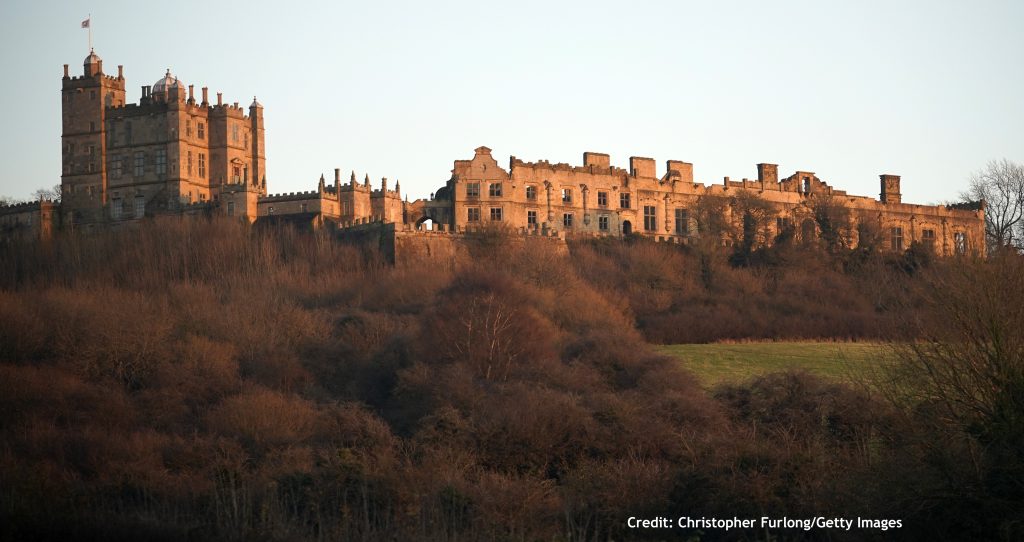 Before last week’s local elections, we profiled five ‘councils to watch’, explaining how each might be able to tell us something different about patterns of voter behaviour in England.

Now that the results are in, it’s time to go through the five councils, to see how the flashpoints identified played out in reality.

Here, we analyse Derbyshire: a council race where the Conservatives and Labour are relatively dominant, and which regularly flits between both parties. It provided a local test of the most important national question: are Labour beginning to successfully peel off voters that have backed in Conservatives in recent years?

Why did we choose Derbyshire?

Across a range of metrics, Derbyshire sits near the England average: not just in terms of the average social and economic values of its voters but also in the health and economic impacts of Covid-19. It has an average number of voters in employment, and median weekly earnings in the county sit near the middle of the English average. The county did, however, vote more strongly for Leave than the national average.

In Westminster terms, there are races across the county that are highly competitive, with small majorities for the Conservatives in High Peak and Labour in Chesterfield.

All this means that – in a set of complicated and fragmented elections where turnout was relatively low, but the stakes for both parties was unusually high – Derbyshire was identified by the political scientists Colin Rallings and Michael Thrasher as a ‘bellwether’ to understand the situation in England. 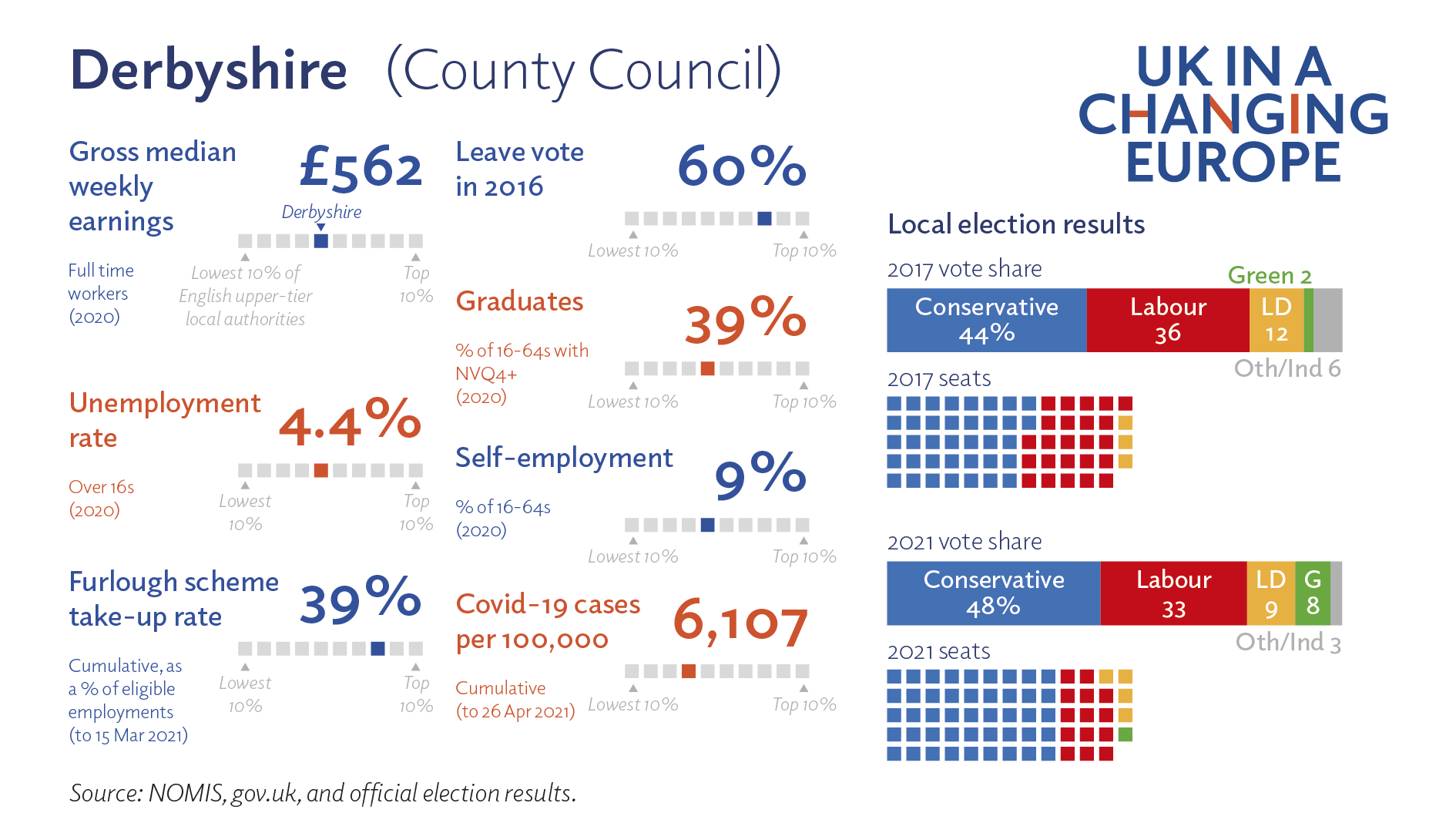 For the first time since the current division boundaries came into force in 2005, Derbyshire county council did not transfer power from one party to another in this election. Instead, from a position of strength the Conservative Party expanded its presence on the council with a further eight seats: from 37 of the 64 seats to 45, turning a slim majority into a significant cushion.

The Conservatives now have 45 seats to Labour’s 14, with the Liberal Democrats on four and the Green Party on one. In May 2013, Labour held 43 seats to the Conservatives’ 18.

This meant the Labour Party losing both their leader and their deputy leader on the council.

The geography of Labour’s losses is unsurprising: four losses in wards within the Bolsover consitutuency, which has seen some of the most striking drops in Labour vote shares in recent general elections. Previously, the Conservatives were unrepresented within Bolsover’s wards. These wards were lost by Labour with a Conservatives surge in vote share of 19% in Barlborough and Clowne, 8% in Tibshelf and 15% in South Normanton and Pinxton.

Labour no longer has any county council representation in Amber Valley, a constituency the party lost by 500 votes in 2010 and 17,000 in December 2019. Out of the 12 county council seats across Bolsover and North East Derbyshire, Labour had held 11. Now, it just holds four.

One bright spot for Labour was a gains from the Conservatives in Glossop and Charlesworth within the High Peak constituency in the Peak District that has become an ultra-marginal. Whaley Bridge ward was won by the former Labour MP Ruth George against plucky local Conservative candidate Edwina Currie, a seat the Conservatives won convincingly in 2017 but lost in a by-election in 2020.

Labour also managed to pick up a ward from the Liberal Democrats in New Mills, also within High Peak.

This overarching story – of Labour generally stalling, but also going significantly backwards in some of the places with higher numbers of working-class voters – is the key story of these elections in England. A secondary story, also captured in the High Peak area, is Starmer continuing to go with the grain in areas of relative strength for Jeremy Corbyn with some small swings against the broader trend.

Derbyshire in this sense functioned as a microcosm for the elections across England. Yet, Labour’s result in Derbyshire – and a 3.5% swing to the Conservatives in the county – was a fall on its 2017 result, something which was not true in contests last fought in 2017 across England as a whole.

All this was proof of significant problems for Labour in the midlands, seen elsewhere in the Conservatives controlling Nottinghamshire county council for the first time in 12 years and an increased Tory majority in Leicestershire.

Given the continuing fracturing of British politics, and the fact that Labour in particular has to battle for votes with smaller parties, it is easy to forget that the number of straightforward contests for supremacy between the Conservatives and Labour has increased in the last decade. The implications for Labour – more than a decade after entering opposition – are stark.