Local elections: how far does the ‘red wall’ have to fall? 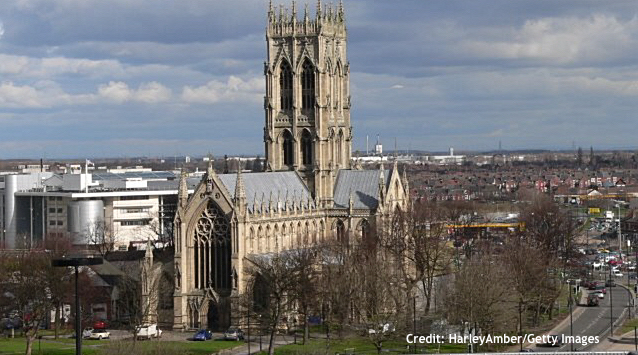 This blog explores the question of whether the ‘red wall’ is being deconstructed at a local level, with a specific focus on the Doncaster Metropolitan Borough Council.

Why we chose this council?

We chose Doncaster Metropolitan Borough Council as Doncaster has been identified as a key part of the traditionally Labour-voting ‘red wall’ where the Conservatives have recently made significant gains.

However, the 2019 general election saw many ‘red wall’ constituencies – stretching across North East Wales, the Midlands, Yorkshire and Northern England – turn increasingly blue. Characteristic of this trend, Doncaster’s constituencies – Doncaster Central, Doncaster North and Don Valley – saw a significant decrease in support for Labour at the 2019 general election with Don Valley shifting to a Conservative MP.

There are a number of reasons for Doncaster’s increased Conservative support in recent years,  69 per cent of Doncaster voters who participated in the 2016 Brexit Referendum voted Leave, while the town is in the lowest decile by graduates.

Doncaster has also seen below-average turnout. At the 2019 general election, 58 per cent of eligible voters cast their ballots across its constituencies whereas the UK average was 67.3 per cent.

The 2021 Doncaster local authority elections therefore present an interesting case study of the extent to which the ‘red wall’ remains standing in the face of increased Conservative support. 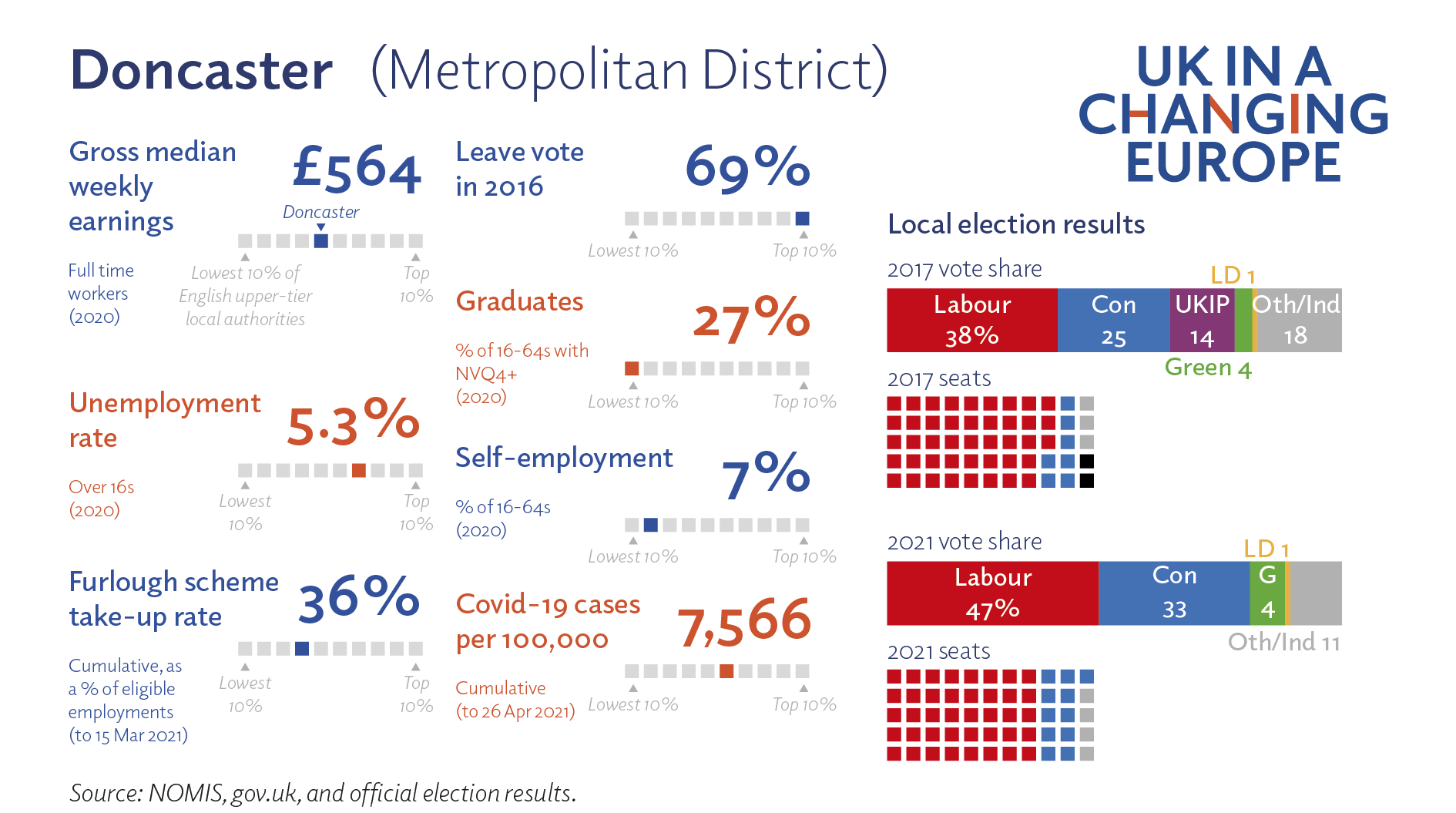 Labour have retained a clear majority, however, the Conservatives have also increased their seats and vote share.

Results per ward vary. Many wards have seen Labour comfortably defend its seats such as Adwick-Le-Street and Carcroft, Bentley and Conisbrough.

Conversely, Finningley and Sprotbrough have maintained their blue streak, electing Conservative councillors once more in 2021 as in 2017.

Meanwhile, Norton and Askern saw a split outcome as Labour successfully defended two of three Labour seats and lost the remaining one to the Conservatives.

Despite some increase in Conservative support in the local council elections, the Doncaster mayoral election further nuances the results’ context. Doncaster’s Labour mayor Ros Jones was re-elected with a comfortable 10,000 votes between her and Conservative runner-up James Vincent Hart.

As with all local election results a note of caution is needed in extrapolating from this contest as turnout has been low. Consistent across both the 2017 and 2021 Doncaster council elections is a low overall turn-out of 29.35 per cent and 28.02 per cent respectively.

Yes, but to varying degrees.

Looking at the electoral map, it is clear a ‘red wall’ is present at local election level, however beneath the surface the electoral tectonic plates are shifting. For example, Rotherham Metropolitan Borough Council’s elections saw a Labour majority maintained. However, Conservative councillors increased from zero to 20, while Labour decreased by 12 to 32 seats.

More visible on the electoral map, and with emotional significance for the party, was Labour’s loss of Durham County Council to No Overall Control (NOC) for the first time in a century. Labour lost 21 seats bringing its total to 53 of 126 councillors, meanwhile the Conservatives gained 14 seats securing a total of 24.

The Sunderland City Council elections also saw Labour lose nine of the 22 seats it was defending, with the Conservatives gaining five and the Liberal Democrats four. As only a third of seats were up contested this year, the party now holds 42 of the 75 authority seats with a decreased majority of nine.

While the council remains under Labour control, this represents a further erosion of the party’s dominance – in 2019, Labour lost 10 seats in Sunderland. In 2019, Sunderland Labour leader Councillor Graeme Miller said those losses were a result of Labour messaging on Brexit which had “stepped into and over local politics”.

In the last 15 years Labour has seen a gradual decline in its Hartlepool support and this Conservative shift has been further catalysed by Brexit; as in Doncaster the leave vote in Hartlepool was almost 70 per cent.

Major ‘red wall’ cornerstones that have turned blue – as in the 2019 general election and Hartlepool by-election – are at the forefront of many Labour minds. Already there have been attempts within the party to bring change after the 2021 local elections with Keir Starmer’s shadow cabinet reshuffle. Meanwhile, the Conservative Government are viewing these results as confirmation of a mandate for their post-Brexit agenda.

There are also ‘red wall’ areas that have not yet turned blue, but which are moving in that direction. Reduced Labour support in the Rotherham, Durham and Sunderland council elections indicate further erosion in Labour heartlands.

Keir Starmer already knows that winning back the ‘red wall’ will be critical to overturning the Conservatives’ majority at the next general election. Intrinsically linked to this is Labour’s post-Brexit identity and the dilemma of providing a common vision that unites those who have opposed Brexit, those who may still do so and those who have supported it.

Nonetheless, the results of Doncaster Metropolitan Borough Council elections indicate that there still remains significant Labour support at a local level in some areas. While the Conservatives are making ‘red wall’ gains, to date, these have not been enough to overturn these majorities.

Local authority election dynamics – nothwithstanding the low turnout in many places – suggest that there are still parts of the ‘red wall’ that are strongly Labour supporting, but the direction of travel in these will be of concern within the Labour party as they hoped to stem the flow of votes to the Conservatives in these places.