Local elections in the North 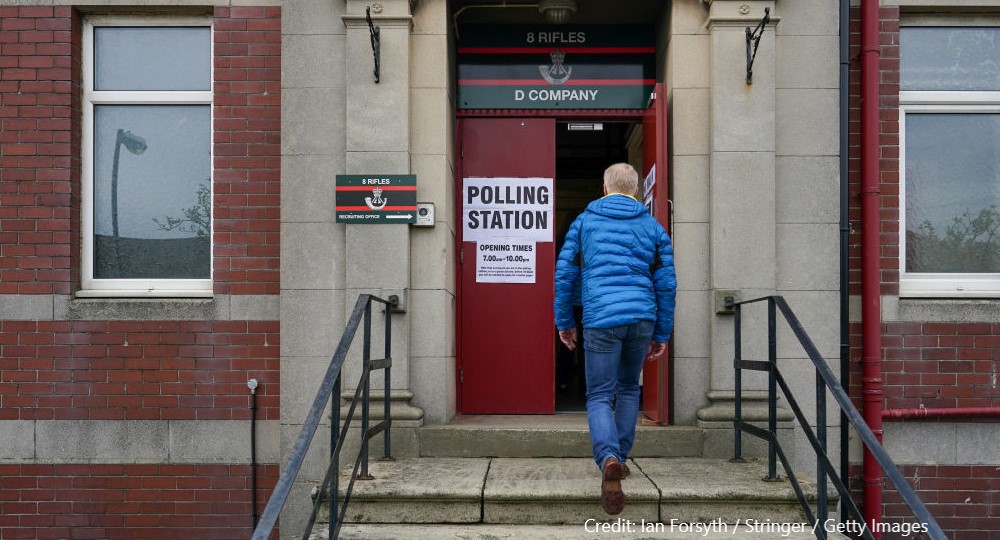 The local election results across the North of England last week were a mixed bag. Both Labour and the Conservatives have tried to paint an optimistic picture of their respective performances, but both have cause for concern.

The lack of clarity within these results, coupled with strong showings from some of the smaller parties, highlights that the North remains an important and contested political battleground.

Labour’s results in the North were far from convincing. The party did improve on its performance in the region compared to last year and its disastrous 2019 general election showing. Across the country, Labour’s projected national vote share was 6 points up on last year at 35%, while the Conservative’s was down at 30%.

Yet it remains the case that, across much of the North, Labour still has work to do. The majority of the seats contested this time around were last up in 2018. The evidence from last week shows that many of these seats have swung towards the Conservative since then.

Perhaps the greatest success for Labour came in Cumbria where elections were held for two new unitary authorities that from next year will replace the existing two-tier system. In the new authority of Cumberland Labour won 30 of the 46 seats up for grabs while the Conservatives won just seven. This was a particularly good result considering that previously the Conservatives were the biggest party in two of those three former district councils and that all three MPs in the area are currently Conservative.

Taking control of Rossendale council, the constituency of the former Northern Powerhouse Minister, Jake Berry, was also a success for Labour. So too was gaining overall control of Kirklees.

Looking at the broader picture, analysis by Britain Elects suggests that the aggregated local election results in seats such as Bolton, Hartlepool, Bury, and Wakefield, which all went Conservative in 2019, now show Labour as being ahead.

This is a promising sign for the party, particularly with an eye to the upcoming Wakefield by-election. But serious questions remain as to whether Labour is making enough progress, quickly enough, across the North.

Concerns for the Conservatives

It will come as little surprise to many Conservatives that they made few gains across the North given the national context of ‘partygate’ and the cost of living crisis.

The party may be buoyed by the swing from 2018 which suggests it retains some appeal in parts of the North. Yet it has done little to advance its cause in terms of councillors elected and councils controlled in parts of the region where the party had major breakthroughs at the 2019 general election.

In North Yorkshire, the Conservatives unsurprisingly took the new unitary council. The party won 46 seats compared to 12 each for Labour and the Liberal Democrats, 13 for independents, and 5 for the Greens.

However, while dominant, the Conservative performance in North Yorkshire can be seen as somewhat disappointing – particularly when compared to the last election to the old county council in 2017, when the party won 55 out of the 72 seats up for grabs.

The Liberal Democrats had some success in the North this year. In the other new unitary in Cumbria, Westmorland and Furness, the party took control – winning 36 seats to Labour’s 15 and the Conservatives’ 11. This was already an area of strength for the party but is nevertheless an impressive victory.

The Greens too will be pleased to have picked up a notable number of new councillors across the region in places like Cumberland, North Yorkshire, and South Tyneside.

There was only one metro mayor election taking place in the North this year. In South Yorkshire, Labour’s Oliver Coppard was elected to take over from the outgoing Labour mayor, Dan Jarvis.

Yet perhaps the most concerning aspect of the South Yorkshire mayoral election was the turnout. At 26.37% it was up only barely from 25.82% in 2018. In Doncaster this time around, turnout was as low as 19.91%. This suggests that more work needs to be done to engage citizens with the institution of the metro mayor.

The North Remains a Battleground

Overall, while the usual caveats about local elections and low turnout apply, last week’s results across the North suggests that much of the region remains an important political battleground. All of the parties have more work to do to convincingly win over the votes of Northerners.

By Ryan Swift, Researcher on the Politics of the North of England based at the University of Leeds.