Cosmopolitan cities and their country cousins 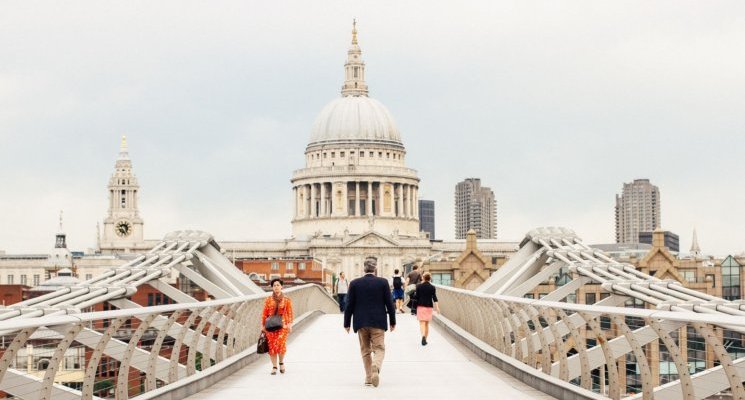 People in cosmopolitan cities are relaxed about difference while their country cousins, who seldom see an immigrant, vote for right-wing populists. So went the story post-Brexit and after the American, Austrian, Dutch and French elections.

Don’t get me wrong, it’s certainly true rural areas tend to back populists much more than cities do. We see this in the maps in figure 1, showing the geography of the 2016 US Presidential election, Brexit, and the December 2016 Austrian Presidential election. Urban areas such as London, Vienna and the Boston-Washington corridor stand out as oases of liberalism in a sea of populism. 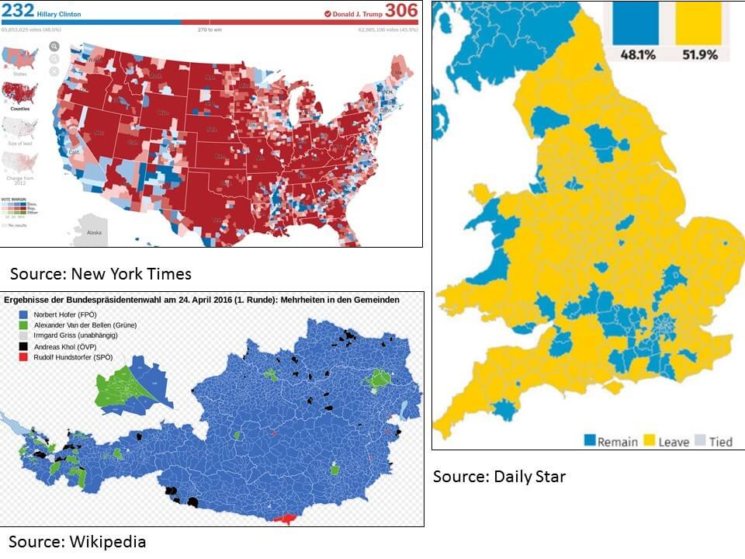 Maps can be generated quickly from election results and allow pundits to draw snap generalisations. The problem is not with the maps, but in how they are interpreted.

There are two major reasons why rural-urban generalisations based on mapped results are a poor guide to explaining Brexit or the wider populist upsurge. First, if a cake represents a complete explanation of voter motivation, differences over space are like the icing. The vast majority of the variation in voting – typically over 90 percent – takes place between people living in the same place, not in different places.

Regional nationalist parties such as the SNP or Plaid Cymru are the rare exceptions to this rule, and, even here, people in Scotland and Wales differ a lot in their level of support for these parties. Second, almost all the difference between places has to do with the kinds of people living in them, not an ambient political culture which shapes everybody’s attitudes.

As a result, too much journalistic energy has been spent on differences in populist right support within countries and too little on why support varies among individuals and across countries.

Let’s handle the icing point first. According to the British Election Study Internet Panel Study (BES), no more than 4 per cent of the variation in individual voting in the EU Referendum is accounted for by the Local Authorities (LA) in which a person resides. The rest is within-LA. It’s true that Boston in Lincolnshire voted 76 percent for Leave and Lambeth in London 79 percent Remain.

This is an impressive difference and the media flocked to these hotspots to convey their respective vibes. Yet they are wildly unrepresentative: just 40 of 335 Local Authorities had Remain votes below 35 percent and just 13 had Leave votes under 35 percent. Most broke 50-something to 40-something. The key Brexit divide is within communities, not between them.

Second, the differences on the election maps in figure 1 are almost entirely explained by the kinds of people – old or young, native or immigrant, with or without degrees – that live there. If we selected a sample of London’s population to match the age, education and ethnic profile of England and Wales, that group of Londoners would also show a 53-47 majority for Leave.

The only reason London voted remain is because it has more minorities, immigrants, twentysomethings and degree holders. Its White British working-class voted out, just like the white working-class in Sunderland. It’s just that this group is thinner on the ground inside the M25.

There are some local effects: places such as Brixton with large, established minority populations have more tolerant white attitudes to immigration because of positive inter-group contact. Other spots such as Barking, where rapid ethnic changes have recently occurred, exhibit heightened opposition to migration and greater support for the BNP, UKIP and Brexit.

Havering, which adjoins diverse East London, provides an example of the ‘halo’ effect whereby whiter areas which border diverse ones are more opposed to immigration. But these effects are less important than demographic factors like age and much less central than the deep-seated, personality-driven values explored by writers such as Jonathan Haidt.

Moreover, Barking, Boston and Brixton are unrepresentative of the country, which is only modestly diverse and has limited local change. Bobby Duffy and Tom Frere-Smith at Ipsos-Mori, for instance, show that the share of White Brits saying immigration is a local problem is around 20 percent, compared to 70 percent who say national immigration is a problem. My research shows that this disjuncture holds for White British people in both diverse and homogeneous wards.

All told, contact and threat effects in diverse cities like London cancel each other out. The World City’s much-vaunted cosmopolitan atmosphere thus has little impact on the way its residents think, probably because their social psychology and the media is vastly more important

This isn’t to say place is irrelevant. But more attention should be paid to countries than locales because national differences directly affect the success of the populist right. Most regions and localities do not have significant contextual effects on support for right-wing populism, but most countries do. Spain or Ireland do not, as yet, have right wing populism; such parties are consistently stronger in Austria and Switzerland than in Germany.

Why? Given the importance of these differences, it is surprising that we still lack a good international, over-time study of populist right support. When pundits pay attention to international differences in populist support, they usually resort to clichés and ad hoc explanations, not cross-national research.

The biggest lacuna is individual-level psychology. Our minds are wired to think in terms of easily conjured, emotive images. Group differences fit the bill better than individual quirks. Town, accent, class and age are tangible, whereas attitudes are ethereal, so pundits privilege the former when trying to make sense of the populist juggernaut.

Meanwhile they neglect the fact a person’s views on childrearing or the death penalty – which are largely independent of age, income and place – are many times more important in predicting the way someone will vote. For example, figure 2 shows that support for the death penalty has about five times stronger an effect on reported Brexit vote than income. 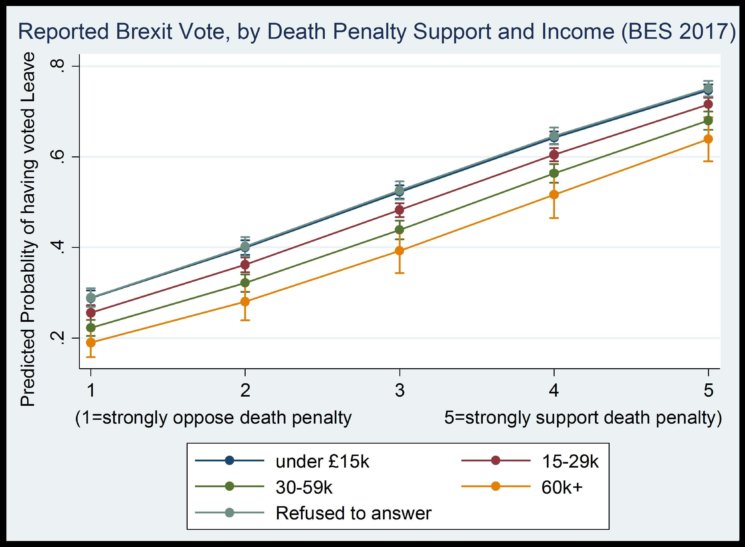 Attitudes are not collected on election night and cannot be mapped. Like the drunkard looking for his keys under the streetlight, we gravitate to what is most easily measured and vivid instead of trying to understand the deep-seated values and country effects which best explain right-wing populism.

By Eric Kaufmann, Professor of Politics at Birkbeck College, University of London.