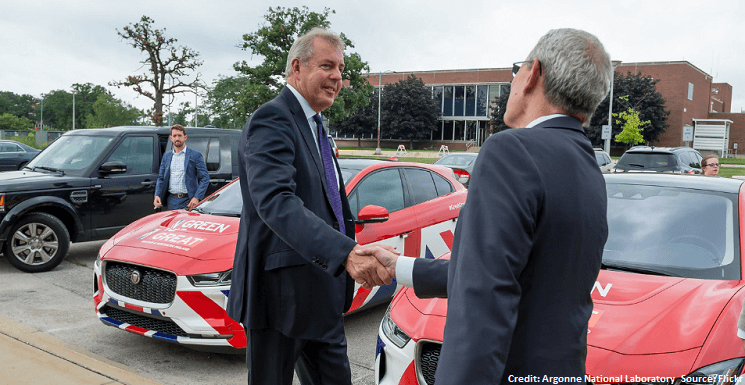 Let’s start with the obvious: an ambassador publicly revealed describing his host government as ‘dysfunctional’, ‘faction-riven’, ‘clumsy’ and ‘inept’, and its president as ‘insecure’ and intellectually lacking, is in a tight spot.

Now it’s the mandate of a diplomat to make dispassionate assessments of the facts as they find them, and to tell their political masters what they need to hear.  But in the case of allied countries it is also their job to maintain a smooth relationship. And it’s tricky to show up for cocktail hour as though nothing has changed when your hosts just found out you’ve been writing home to say they’re incompetent.

All of which is to say that from the moment Sir Kim Darroch’s unsparing assessments of the Trump administration appeared on the pages of the Daily Mail, this worldly-wise official will have suspected his time as UK ambassador to Washington might be set for an early end.

In a time of political normalcy, we might expect this to play out in as understated a manner as possible. The UK government would back its man; the US administration would express disappointment that private communications were leaked, and affirm that this could never undermine the special relationship. Business as usual would continue to the best extent possible until the headlines had moved on, whereupon the ambassador could do likewise with minimum ballyhoo.

Instead, President Trump took to Twitter – his platform of choice for public anti-diplomacy – in high dudgeon. He pronounced the ambassador ‘very stupid’ and ‘a pompous fool’, before picking up an old tune by slating the ‘disaster’ of Theresa May’s Brexit negotiations. He later made it clear that his administration would no longer deal with Darroch.

Meanwhile, on the British side, events were complicated by fact that the story broke immediately before the two contenders in the Conservative Party leadership contest were due to debate on live TV. Jeremy Hunt – as Foreign Secretary the Cabinet official with direct responsibility for Darroch – leaned into the official government line that the ambassador was simply doing his job and must be supported, gently chastising the president for being ‘disrespectful’.

Front-runner Boris Johnson, however – known in recent times for cultivating close ties both with Trump and his political associates – signally refused to say that the ambassador should remain in post. That calculated call on the part of the man who is a betting certainty to be PM within weeks was sufficient to precipitate Darroch’s prompt resignation.

First, it confirms it is the settled calculation of Mr Johnson, and therefore soon the UK government, to prioritise good relations with the Trump administration above almost all else. Faced with grimly deteriorating relations with once-close EU allies as a disorderly Brexit looms, the Conservative right needs now more than ever the narrative that salvation is available in the form of close ties with America and a new bilateral trade deal. If that means accepting public abuse from the President without complaint, or sacrificing the norm that public servants should be defended when they are ensnared in scandal while executing the brief they have been given, then so be it.

Second, for this US administration the ‘special relationship’ is a one-way deal. Even before the current age of turmoil, it was a running joke that the term diplomatically masked a vast imbalance of power between the two nations with the pretence of equal solicitude for one another’s concerns.

President Trump, never one for maintaining polite fictions under stress, has shown that his fondness for Britain can only be purchased with unstinting praise and loyalty. He and his officials might cheerfully say what they like about allies, and often do, but if a British official should speak out of turn, the whole government can expect rhetorical fire and fury, followed by the cold shoulder.

Third, diplomats today, even at the highest level, cannot assume that the secrecy of their communications is assured, or that they will be insulated from fallout if their content is laid bare. UK diplomats will now wonder, each time they commit a full and frank assessment to paper, what would befall them if their words were republished in the press. In the worst case scenario, this may change not just how they transmit their assessments, but the kind of assessments they are prepared to convey at all, especially if they suspect it is not what their political superiors will be grateful for hearing.

This adds another dimension to fraying relations in the UK between those conservative politicians determined that all should embrace Brexit in their hearts, and the senior civil servants ordered to conjure the legal and operational means to make it so, despite their scepticism as to the mission’s viability.

This takes us to the questions. The first is for connoisseurs of conspiracy: where did the leak of the Darroch memos come from, and what motive lay behind it? There has been no shortage of speculation, but as yet no corroborating evidence, that it may have come from within the UK government itself, from those keen to create a vacancy in this diplomatic posting at what may be a strategically important juncture.

In its most full-blown form, such conspiracism predicts a ticket to Washington for the arch-populist Brexiteer Nigel Farage, whom Trump has previously endorsed as well-fitted to the role. But even if we suppose that a speculative bridge too far, an opening in DC could present a new, hard-Brexit-inclined UK administration a useful spot on the chessboard to assist plays of policy or personnel that have not yet become clear. Unless, that is, Theresa May opts to snuff out any such plot with a rapid appointment during her final days in power.

The second question is how much of this kind of thing those Conservatives MPs who feel less affinity with the populist right will absorb from their new leader before balking. Panic over a possibly catastrophic loss of seats at the next general election has turned the majority of Conservative MPs into high-rolling gamblers, prepared to accept things – including a Boris Johnson premiership – that they would have considered intolerable not long ago.

Still, the spectacle of the last week has been unedifying: the PM-in-waiting playing servile appeaser to a crude, thin-skinned and bullying US President, whether because of cravenness or calculation, while a respected career public servant is thrown under the bus as collateral damage. This might conceivably stir residual affinities for national self-respect and institutional propriety of a kind not uncommon among mainstream Conservatives before the masochistic nationalist fever of the post-referendum era took hold.

Jeremy Hunt and some others in the party have been willing, in the context of an ongoing leadership election, to register dissent regarding the course Boris Johnson has set during the Darroch Affair.

What remains to be seen is how many will have the stomach to do so, in the face of immense pressure to conform and obey, once Johnson is installed, as he surely will be, in Downing Street.

By Adam Quinn, Senior Lecturer in International Politics at the University of Birmingham.