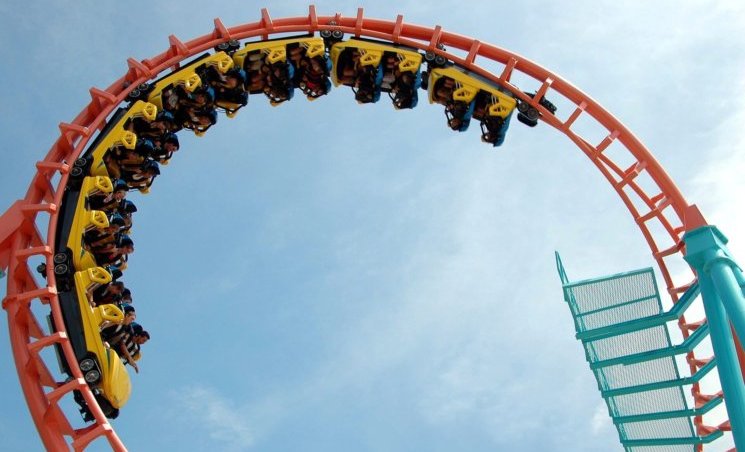 If you thought 2016 was exciting wait for what 2017 has in store. It is the year when Brexit begins. When the prime minister must play a delicate game of three-dimensional chess, attempting to square the demands of her partners, the wishes of her parliamentary party, the expectations of the electorate and the requirements of the economy. Never did a circle seem so un-squarable.

Our new-found fascination with process is set to continue. When the Supreme Court rules on the Gina Miller case, it will determine precisely what kind of parliamentary consultation the Government must subject itself too prior to triggering Article 50. Parliament will define its role, with no little jostling for position between Select Committees. And, all the while, the devolved authorities will press for a role holding up, especially in the Scottish case, the threat of exit in case of an absence of voice.

And then all eyes will be on the negotiations themselves. Who will carry them out? Will DEXEU be up to the task? How effective will inter-ministerial coordination be? How involved will the European Parliament be and will regular leaks come from there?

Process itself will shape, and be shaped by politics. Politics, first, at home. The obvious advantage accruing to the prime minster of her Delphic utterances to date has been to avoid open dissension within her own ranks. As the time for difficult choices approaches, however, expect a lot more clamour, extending far further than the Soubry-Morgan axis. Will Number 10 continue to fear its right flank more than its left? Will appeasing Brexiters remain the order of the day? If so, expect more trouble from moderate Tories anxious to see Britain remain as closely tied to both the single market and customs union as possible.

That the prime minister can afford to focus on her own ranks is largely a function of Labour’s steady march towards irrelevance. Jeremy Corbyn’s cunning plan to copy Donald Trump’s media strategy will certainly be fun, but it is hard to see how it will dramatically improve his appalling poll ratings. Even should Theresa May decide to pursue a Brexit based on the ideology of control rather than a desire to preserve as much trade a possible, she can do so in the knowledge that she has until 2025 to put things right.

And it is not only our own politics that will weigh on the process. Whisper it softly, but other member states have their own political priorities. Most obviously, elections in France and Germany but also the Netherlands, Slovakia and the Czech Republic will have implications for us, most obviously in terms of slowing things down as these countries focus on their own political futures, but also more substantively. How long before French Presidential candidates start openly discussing the fate of the Le Touquet agreement, under which British border checks are carried out on the French side of the channel? How long before East Europeans make their irritation at an end to free movement to the UK plain?

And that’s if all goes well. A worst case scenario would see events conspire to produce a victory for Marine Le Pen in France, at which point Brexit ceases to be a major concern for European leaders more worried about securing the future of the EU.

And then, of course, there are events. Other member states will clearly prioritise their own politics over British interests. And they will be all the more liable to do so if and when confronted by major crises. There are, of course the EU’s hardy perennials. It is impossible to be sanguine about the future of the Eurozone given the parlous state of Italian banks and the continued travails of Greece. The migration crisis will return with a vengeance once the weather improves and the seas to the south become calmer. Meanwhile, who knows what President Putin is planning in the East? And as for Donald Trump…

Crises will reduce the amount of time our partners are willing to dedicate to us. Seasoned EU watchers will remember June 2015’s European Council, when David Cameron’s attempts to spell out his reform ambitions were described by one diplomat as a ‘commercial break’ between discussion of migration and the Eurozone. Expect more frustration as it becomes clear we are not the most important issue.

Finally – and here the year to come marks something of a break from the year just gone – 2017 will be the year when the substantive impact comes into sharper relief. The actual impact of Brexit matters infinitely more than the process by which it unfolds. It is in the shaping of the narrative around practical impacts that the real battle will be fought. Whilst repeated polling to date shows little signs of post-referendum movement, we can expect that to change as the practical implications of leaving the EU become clear.

The problem is that measuring impact is far, far, more difficult than tracing process. That is why we at The UK in a Changing Europe plan to release a set of ‘tests’ to serve as a framework for assessing impact. Forget the silly debates about whether predictions of doom post Brexit have been borne out to date. Forget attempts to generalize from individual stories or isolated bits of data. Serious analysis, based on a credible framework will be need to figure out precisely what Brexit means, and whether the prime minister secures, as she has said she would, a ‘Brexit that works for Britain.’

So buckle up. 2017 will be another rollercoaster year.

Anand Menon is the director of the UK in a Changing Europe.