Looking back at the Brexit negotiations 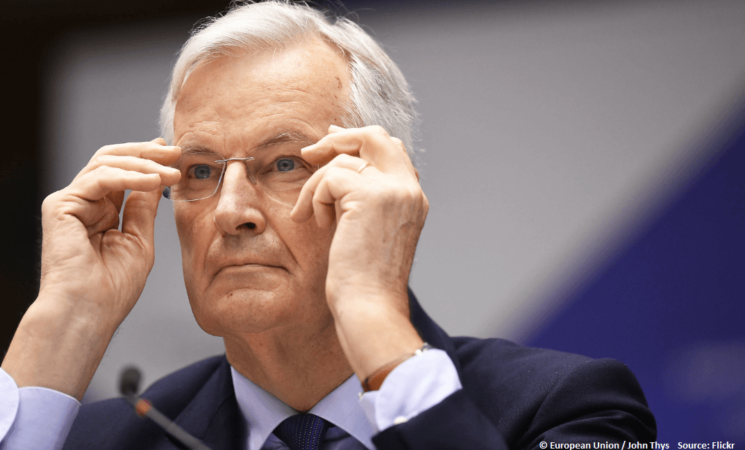 Any international negotiation involves two levels. The most obvious one is that between states and their agents: the high-level meetings where texts are presented and argued, to produce something that everyone can agree on. But there is also a domestic level: each state has to manage its internal audiences and stakeholders, especially when they get to have a say on signing off that international deal.

In that respect, Brexit and the Article 50 process have much in common with other such negotiations, and we can make much sense of the difficulties that have been encountered by the simple observation that the interaction of these two levels has been badly managed by the British government.

This said, we should also note that Article 50 differs from the very large majority of international negotiations in two key respects. Firstly, in stark contrast to most negotiations between states it is a process about moving apart, rather than more closely together.

Secondly, failure to agree doesn’t just leave us where we were beforehand. It results in a no deal outcome that completely erases the present relationship.

Setting up a difficult Article 50

Brexit has engulfed the British political system in a way that is unprecedented in peacetime: there is no area of public policy that is not affected in some meaningful way by the choice made in the 2016 referendum. And that is partly why the focus of the government has been much more firmly on managing those domestic impacts.

Almost every key turning-point in the process since the referendum can be understood primarily as a function of domestic politics, rather than by reference to the EU level.

Prior to the notification of withdrawal in March 2017, the formation of Theresa May’s policy was driven by two factors: the need to demonstrate to her party that she was no longer the Remainer of the referendum, but instead a staunch defender of the ‘will of the people’; and the desire to retain the elements of collaboration with the EU that she saw as valuable.

Thus, the Lancaster House speech of January 2017 presented a wish-list of objectives that lacked internal consistency (from the EU’s perspective) but which spoke to the Tory party faithful with its talk of leaving the single market and the customs union. This was at the harder end of what the EU had anticipated. However, its high level of agreement about protecting core values of EU membership allowed the Commission to take it in its stride.

Likewise, the March 2017 notification to trigger Article 50 was driven by a growing anxiety in the Conservative Party that May might never deliver on these promises, rather than because a robust strategy was in place. The decision almost immediately afterwards to call a general election was similarly much more about the perceived weakness of Labour than any benefit to the UK’s negotiating position that might accrue from the expected enhanced majority for Theresa May.

The surprise failure of this gambit not only robbed May of her authority (if not her office) at home, but also caused concern among the EU27. Worries about the ability of the government to deliver domestically on any agreement grew stronger. The presence of the DUP as the Conservatives’ prop in the Commons also much reduced the room for manoeuvre on the Irish border issue, which was rapidly becoming the sticking point in the negotiations.

The opening phase of Article 50 sought to tackle a very limited number of subjects – citizens’ rights, financial liabilities and Ireland – as a means of settling these exit-related matters before moving on to any discussion of what might come next. The EU saw this as their best opportunity to lock the UK into commitments before potentially losing focus in any drawn-out negotiations on the future relationship.

While this did result in the December 2017 Joint Report, it was hard-won and sketched out the lines of tension that have remained ever since. Both the DUP and a substantial section of the Tories strongly resisted the wording in the Report on Northern Ireland, and the complex language needed to accommodate the government’s red lines and its commitments to the Good Friday Agreement. It was only after some to-and-fro that negotiators were able to pronounce ‘sufficient progress’ to allow the next stage to begin.

Importantly, while the talks through 2018 did make headway, the last parts of the first phase still loomed large, none more so than the question of the Irish border. By the time of the draft Withdrawal Agreement in March, both sides made a lot of how much they had agreed – glossing over the intractability of what they hadn’t. The summer of 2018 was thus largely about trying to find ways to sweeten the pill of the backstop.

The UK embarked on a confusing and confused debate about what kind of future customs arrangement it might have, all the while neglecting to consider whether any of the options might be acceptable to the EU. Negotiators continued to explore other options, including through the Political Declaration to be attached to the Agreement.

September’s Salzburg European Council saw another bad misjudgement by the UK of the EU’s willingness and capacity to make concessions. The result was a delay in getting to a finalised text which was only achieved in November, some months later than planned. Despite the EU’s concession of a UK-wide temporary customs arrangement as part of the backstop, the text was rapidly lost in the tumult of British political debate.

That tumult has no clear outcome in sight. May has sought to convince Parliament that the choice is between the Withdrawal Agreement and a no deal that is widely rejected by MPs: running down the clock has been a key tactic in this approach, even as she fended off votes of no confidence in her leadership and her government.

For the EU, the concern about the stability of the British government and its ability to deliver on the rest of the Brexit process remains. Only when it feels more assured about this will it move to complete its part of the ratification process, and to begin to debate in earnest what future relationship it might have with the UK. And, on that question, there is nearly as little consensus in the EU27 as there is in the UK itself.

As much as the EU has maintained a high level of coordination and adaptability in the process, the difficulty of working with a UK that has still to settle on what it wants has been palpable: the major question will now be whether any decision that the UK reaches in these last days of March can be turned into a durable programme of action. From what has happened so far, the signs do not look promising.

By Dr Simon Usherwood, Deputy Director of the UK in a Changing Europe.