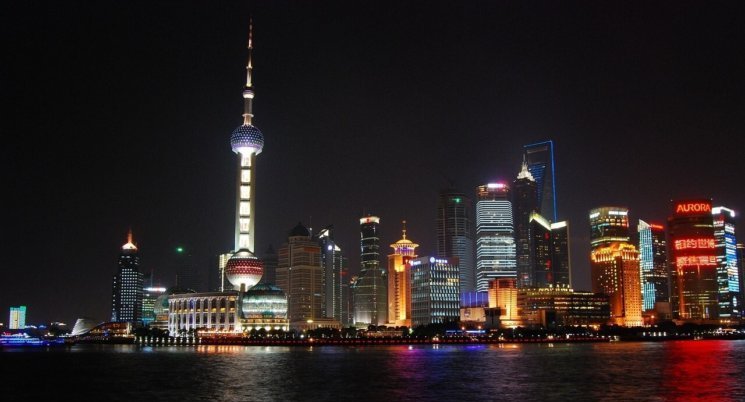 At the 20th EU-China Summit on 16 July, both sides announced promising new developments in their now 15-year old strategic partnership.

However, beyond summit smiles, there remain deep-seated concerns with China across Europe over trade dumping, investment liberalisation, market access and intellectual property rights protection that still need to be resolved.

In the words of Commission President Juncker, “actions are more important than words”.

In this climate, the UK faces an uphill struggle in developing its own economic partnership with China as it leaves the EU.

Not only has the uncertainty surrounding the outcome of the Brexit negotiations been heightened rather than dispelled by the White Paper, but political constraints on both sides, and the experience of other countries when dealing with China, suggest that progress in future UK-China negotiations will be modest and slow.

The UK and China certainly see each other as a source of opportunity.

Britain is hoping to rebalance its trade relations with China, in particular by exporting more services, and to improve the investment climate for UK businesses in China.

UK-China trade has grown more than eightfold between 1999 and 2017, but China’s share of UK exports (3.6% in 2017) is small for the world’s second largest economy. China exports twice as much to the UK as vice versa, because trade in services across China’s markets, the UK’s main strength, is severely restricted. China accounts for only one per cent of UK service exports.

On investment, China and the UK have strikingly different policies. The UK offers liberal treatment of inward foreign direct investment (FDI), while in China it is still excluded or restricted in many sectors.

Meanwhile Chinese investment into the EU has accelerated sharply, reaching €28.5 billion in 2017, the second-highest level ever recorded, with just over half of it going to Germany and the UK. The UK wants to achieve greater balance by opening up opportunities for its services investment in China.

China wants to use bilateral Free Trade Agreements (FTAs) to promote stable and sustainable economic growth at home, which will reinforce the legitimacy of the Chinese Communist Party.

It also believes that FTAs can combat protectionism, in the form of trade defence measures or restrictive investment regulations that discriminate against China.

China also needs FTAs to improve its economic capability. European economies have a competitive edge in many sectors that can be captured through Chinese investment (green energy initiatives, low carbon strategies, and advanced environmental technologies).

Britain, a leading services provider and high technology innovator with an open attitude to inward FDI, is a perfect fit for this approach.

A UK-China partnership would allow China’s energy and technology majors to show what they can do and underline China’s world leadership in infrastructure and energy supply.

The UK’s knowledge base in advanced manufacturing and ICT also matches China’s priorities for its Made in China 2025 programme.

However, political constraints are likely to reduce the scope for achieving a closer UK-China economic partnership.

First, negotiations cannot begin in earnest until the UK’s relationship with the EU has been finally settled. Unless the UK crashes out in a “no deal” scenario, EU-UK negotiations will last until end-2020, and possibly much longer.

Whenever negotiations begin, the UK will discover, as the EU and US have, that political imperatives in China shape the parameters for granting market access to foreign companies.

Meanwhile, the UK will come under pressure from its closest international partners, the EU and the US, not to be over-accommodating towards China.

The EU will still shape the UK economy after Brexit. Insofar as the UK aligns with EU rules, it cannot accept different ones in an agreement with China.

The White Paper has announced that the UK will apply EU standards and regulations for manufactured goods, but EU leverage on the UK goes wider.

Any EU-UK partnership agreement will be made conditional on UK compliance with EU norms and good practice in economic management, such as limiting state aid.

This could constrain the UK’s scope for manoeuvre on Chinese investment; if in the future Britain’s attitude towards inward investment from Chinese SOEs were to be more liberal than that of the EU, which is in the process of strengthening its oversight of Chinese investment, the EU may well object.

The US, too, will influence the UK’s approach. It would likely oppose any move that reduces pressure on China to abide by international trade rules, such as granting China market economy status under WTO rules.

It has already advised the UK not to endorse China’s Belt and Road Initiative.

Keen to negotiate a partnership with the US, its biggest partner outside the EU, despite the unpredictability of President Trump, the UK will hesitate before disregarding firm US positions on China.

Nevertheless, it may be possible to negotiate a modest UK-China FTA provided, of course, that the EU finally accepts the UK proposal that it should remain free to negotiate tariff rates with third countries while staying in a customs partnership with the EU.

One successful European engagement offers lessons for the UK. The Swiss-China FTA – in force since 2014 – focused on a small number of key services sectors along with conventional tariff reductions that offered asymmetric benefits in China’s favour.

Most Swiss duties on goods from China were reduced to zero immediately while most tariffs on products exported to China are to be eliminated over the next few years.

In services the agreement offered little more than WTO norms but two concessions stood out: in financial services firm ownership rules, and in the protection of Swiss geographical indicators and acoustic trademarks. The Swiss are broadly positive about the outcomes achieved and prospects for the future.

The UK could, like Switzerland, focus on sector-based priorities, such as legal services, fintech, AI, and biotechnology product development, pushing the parameters of further Chinese reforms pledged earlier in 2018.

This, however, would not transform the UK’s market opportunities across the board, and even such a modest outcome would take time; Switzerland granted market economy status to China in 2007 but only secured an FTA in 2013.

It is also hard to see what more the UK could offer to extract greater concessions from China. Britain is already the most open European economy to Chinese investment.

There are, then, no easy options for a UK-China economic partnership.

Theoretical common interests may exist but neither side is free to ignore its deeply held political and economic beliefs, nor, in the UK’s case, pressure from other political partners.

When it comes to China, the UK will not be in a position to “take back control”.