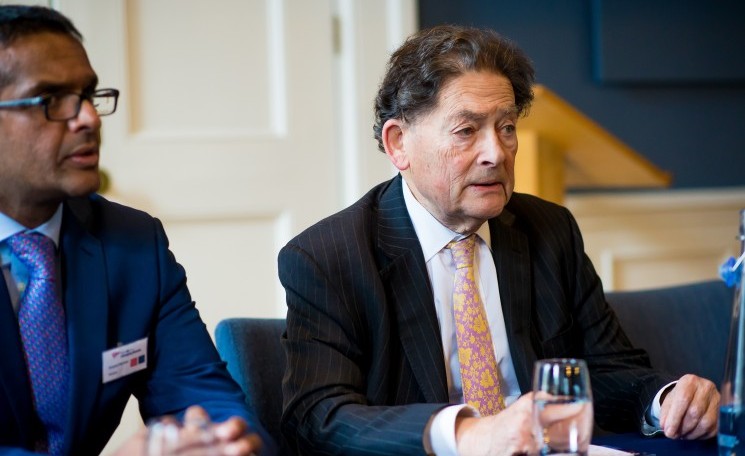 Former Chancellor of the Exchequer Nigel Lawson outlined his case for the UK to leave the European Union as the keynote speaker in The UK in a Changing Europe’s event – What Influence? The UK and Europe which took place at King’s College London on 12 January.

Lord Lawson of Blaby, president of Conservatives for Britain presented the case for Brexit and participated in a question and answer session.

Other sessions saw The Economist’s senior editor Anne McElvoy chair a discussion on whether the UK is a maker or taker in the EU. The panel featured former UK diplomat Sir Stephen Wall, who recalled his experiences of UK diplomacy in the EU. UEA Professor John Charmley argued British entry to the European Communities was not only a huge mistake, but an ‘original sin’ as the British public was misled.

Throughout the day, proponents of both ‘leave’ and ‘remain’ debated whether Britain is able to influence the EU in areas including the single market, trade, foreign policy and migration. Academic researchers presented data on EU decision making, providing a strong factual basis for considering if the UK is marginalized in EU institutions.