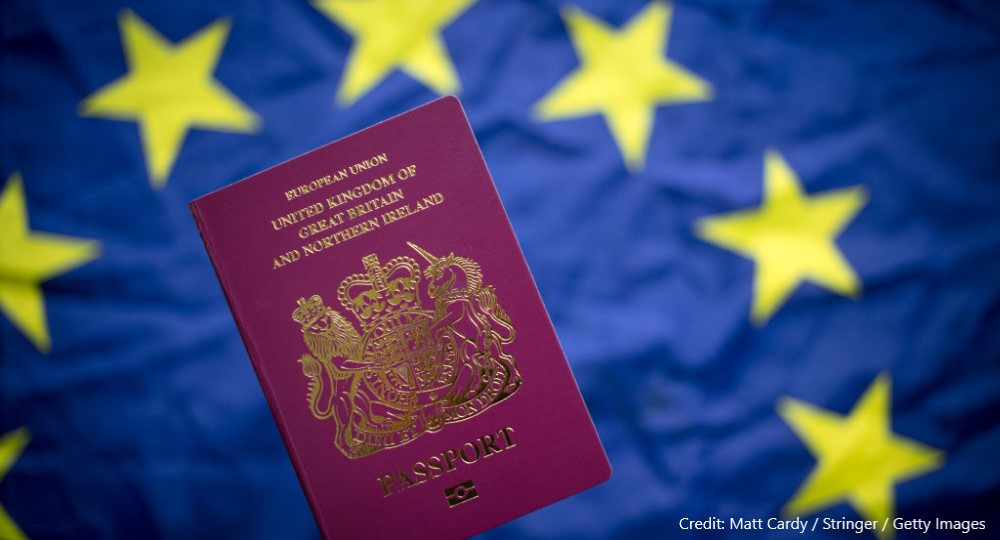 Commentators have spilt much ink on what they think EU citizens in the UK do, or might, or should, think and feel as a consequence of the UK’s vote to leave the EU and its decision to end freedom of movement. But what do those most impacted – EU workers in lower-skilled jobs – really think and feel about these developments? How are these developments affecting their decision whether or not to stay in the UK? And their understanding of what they need to do if they want to do so?

Our latest immigration report surveyed such EU workers in Fenland. Fenland voted over 70% to leave the EU, and is within the 10% most deprived neighbourhoods in the UK.

On a relative basis to the rest of the UK, it has experienced lower levels of immigration over the longer term, but higher levels over the short term – particularly from Eastern Europe, and mainly into what the UK immigration rules term lower-skilled jobs.

Those EU workers surveyed overwhelmingly continue to see the UK as an attractive place in which to find a steady job, earn decent pay, obtain a good education for their children, and provide their family with the best prospects.

And, in terms of impact on their motivations, these things largely trump the importance of political developments, policy changes, or the nuances of immigration rule changes, which they seem to regard with relative equanimity. 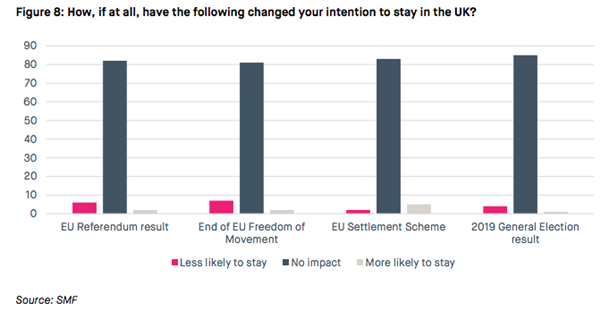 Both anti- and pro-immigration ends of the spectrum in the UK tend to argue their case from the presumption that it is a permanent destination in the eyes of most international migrants.

As a consequence, they tend to see any migrant departure from the UK as either a success, or failure, of policy, depending which side of the debate they are on.

But EU freedom of movement is a regime of fluidity and flexibility: only one in five of the migrants in our survey originally came to the UK intending to make it their permanent home.

But the survey also showed that, in terms of their current intentions, almost 40% had changed their plans since arrival. And that almost all of those had now decided to extend their stay in the UK, some even to make it permanent.

When those migrants were asked what might make them leave, there was no evidence of any perceived hostile attitudes or behaviours towards them being evident, or relevant to their decision making.

Immigration status issues did feature in the responses. But the top three reasons by some distance were: ‘nothing’, family issues, and inability to find work. 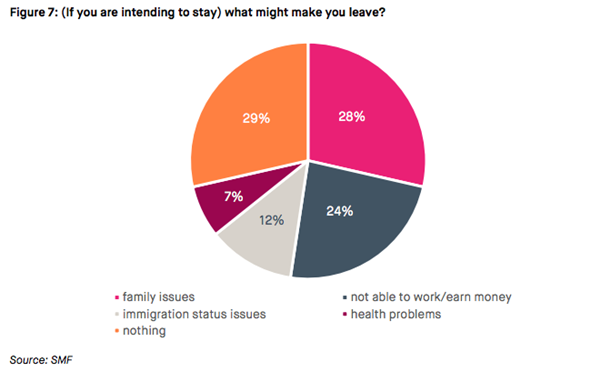 Only 10% of those who had arrived in the UK in the past year were able to complete the survey without an interpreter.

But even for those who had been in the UK for more than a decade, 75% still made use of an interpreter for this task. Given the social mixing expected in the workplace, this may seem surprising given almost all of those surveyed were employed.

But other research in Fenland has highlighted the tendency of those speaking the same foreign languages to work, live and socialise together, and long and unsocial working hours making it hard for them to make the time to undertake formal language learning. 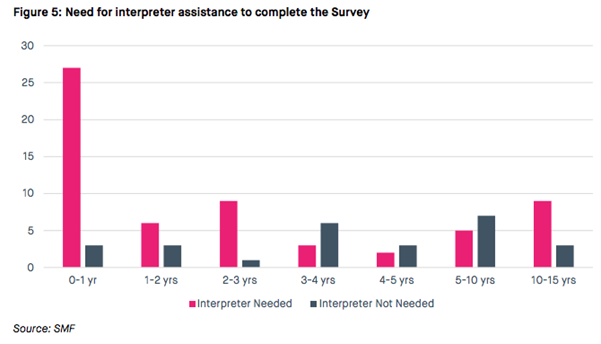 The survey confirmed two big practical challenges ahead relating to the EU Settlement Scheme, which requires EU citizens already in the UK to apply to stay after Brexit.

The first is that only just over half of those surveyed indicated they were aware of the scheme. Surprisingly, of those who had arrived in the past year, awareness dropped rather than rose.

And for those one might expect to have the greatest level of awareness of the scheme – those intending to stay in the UK permanently or to lengthen their stay, and who would need to apply through the Scheme to lawfully do so – over 40% said they were unaware of the scheme. 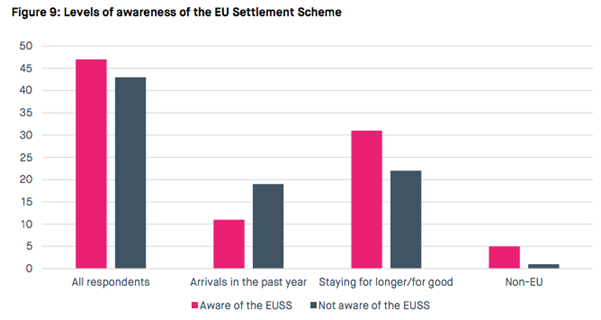 The second practical challenge of the scheme is that, given the number of those surveyed who had arrived into the UK within the last five years, even if they successfully apply through the scheme a majority of them will only be granted ‘pre-settled status’.

They will later need to pro-actively upgrade this to ‘settled status’ in order to continue to lawfully stay in the UK. But there is little awareness of the action that will be required.

How the UK government approaches and addresses the situation of those EU citizens who remain in the UK but who do not apply through the EU Settlement Scheme, or do not subsequently upgrade their pre-settled status, is therefore going to be a real live policy issue.

Ultimately, the survey findings are a timely reminder that most migrants do not necessarily think the way that immigration policymakers, or antagonists, or advocates, think (or hope) they do.

For those born in the UK who tend to take such things for granted, it is easy to forget how important are the opportunity for a steady job, decent pay, good education, better prospects for your family, particularly when not all these things are so readily available in your home country.

These things can weigh much more in migrants’ personal decision-making than those political developments and their perceived fallout which so preoccupy those in the policy and advocacy world spending their days tussling over immigration issues.

While policy has to be formulated at an impersonal level, individual migrants make their decisions on a deeply personal basis.

Perhaps this is best summed up by the explanation of a young woman in the survey, recently arrived in the UK and initially only planning to come for 6 months, of why she had now decided to stay for longer: “I found a very welcoming group at the church and I fell in love”.