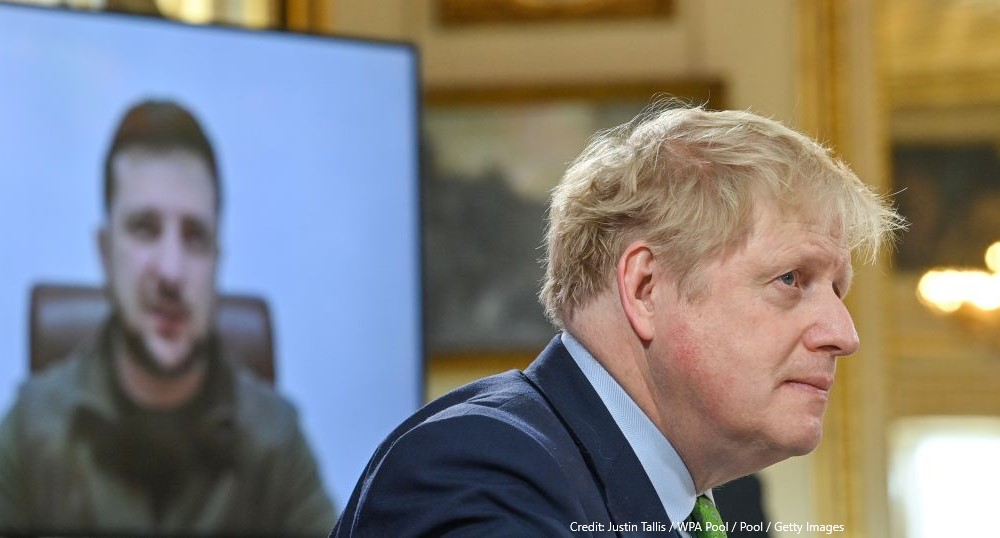 Machiavelli claimed that princes who strive for power need to be skillful and lucky. The UK’s current Prime Minister, Boris Johnson, seems to have both political skill and luck.

On the luck front, things are easy to explain.

Only a matter of weeks ago, UK public opinion gave Mr. Johnson his lowest approval rating since September 2019. The reason for that decrease in public support for Johnson was what is referred to, mockingly, as PartyGate – the scandal that yielded public outcry, a police investigation, and threats for a no-confidence vote against Johnson.

However, on 24 February Putin ordered the Russian army to attack Ukraine. Johnson soon became a prominent member in the NATO-based pro-Ukraine alliance setting out to counter Russia’s plans. Consequently, his approval rating trend seems to be shifting positively.

There’s another aspect to his recent bounce. In January 2022, the tide of public opinion moved from considering health as the most important issue the UK faces to putting it on a par with the economy. Thus, just before the war began, British public opinion was turning away from Covid-19, and so, perhaps, beginning to shift its position on Johnson’s breaches of his own regulations.

More recent public opinion surveys show that the British are concerned about the war in Ukraine. This is how luck works: offering new and surprising paths that some can use and some cannot. Machiavelli’s lady luck (Fortuna) smiled on Johnson.

The outcome of the police investigation could still be dire for the Prime Minister. Yet, with public opinion rallying around the anti-Putin flag, Johnson can move on at least until the May local elections.

The second quality which Machiavelli related to was skill, which he described as a political virtue. One today would think of a virtuous person as being benevolent and fair towards others. Someone who seeks to make sacrifices for the common good. Is Johnson virtuous in that sense?

Dominic Cummings, a former chief strategist for Johnson, claimed that Johnson is ‘ … both far more incompetent and useless than people realize, and far more ruthless and able to get certain things done than people realize’. Thus, if one accepts Cummings’ testimony as valid, Johnson is not so virtuous in the contemporary understanding of this term.

But Machiavelli used the term virtue slightly differently, referring to political leaders who will do whatever it takes to maintain power.

Cummings admits that very few politicians would have taken his advice on the September 2019 prorogation of Parliament, or removing the whip from Tory MPs who rebelled against Johnson’s policies. Yet Johnson did exactly that – he has the will for power, the skill, and the luck needed to keep on to this position.

Using external events and rhetorical means to turn the tide of public opinion is one quality that British Prime Ministers need to possess to stay in power.

In my research, I studied approval rating patterns for British Prime Ministers between 1960 and 2000. I showed that, along with other factors, Prime Ministers’ ability to sway the political conversations to issues they had the upper hand in increased their public opinion support.

Some Prime Ministers were able to gain more support than others that way. Tony Blair and Harold Macmillan were two salient examples: both had an ability to use rhetorical tools to achieve public opinion support. John Major was a salient example of a Prime Minister who could not.

Let’s look a little deeper into the difference between these types of Prime Minister.

A recent example of a Prime Minister who failed while trying to follow the recipe I offered above was Theresa May. The snap general election of 2017 ended with a loss of seats for Conservative party in the House of Commons, and to a minority government.

May’s campaign for this election was characterized by a concept she referred to as the British dream: the ability of every British citizen to move up the social ladder and gain economic benefits. This concept combined two main themes which were salient during the Brexit campaign: economic prosperity and British national identity.

On paper, this strategy should have worked. Yet, Mrs. May failed to gain public opinion support using that strategy. Eventually, she resigned after a series of political failures.

What is the main difference between May and Johnson and their ability to seize hold of events and create an agenda? I am willing to speculate on that.

The first answer is luck: May faced ongoing political crises revolving around Brexit. Yet, no external crisis emerged which was dramatic enough to turn divert public opinion away from her troubles. In contrast, Johnson had both Covid-19 and the war in Ukraine as drivers for public opinion shifts.

Yet, luck is not the only issue here. Johnson went into Covid-19 with a high level of public support, probably due to his ruthlessness, and determination to ‘get Brexit done’. Hence, decisiveness and resolve – which Johnson showed and May seemed to lack – are key here.

Johnson knew how to make good his initial clumsy handling of Covid-19 (think back to those meetings he missed in early 2020, or the delays in imposing a lockdown) while maintaining political alliances and support. That credit seemed to wane after PartyGate. However, Fortuna smiled again on February 2022, allowing Johnson to slip away until the next challenge comes knocking.

By Maoz Rosenthal, senior lecturer at the Lauder School for Government, Diplomacy, and Strategy at the Reichman University (IDC Herzliya).