Lukashenko and the migrant crisis: freezing in the foggy forest of hybrid warfare 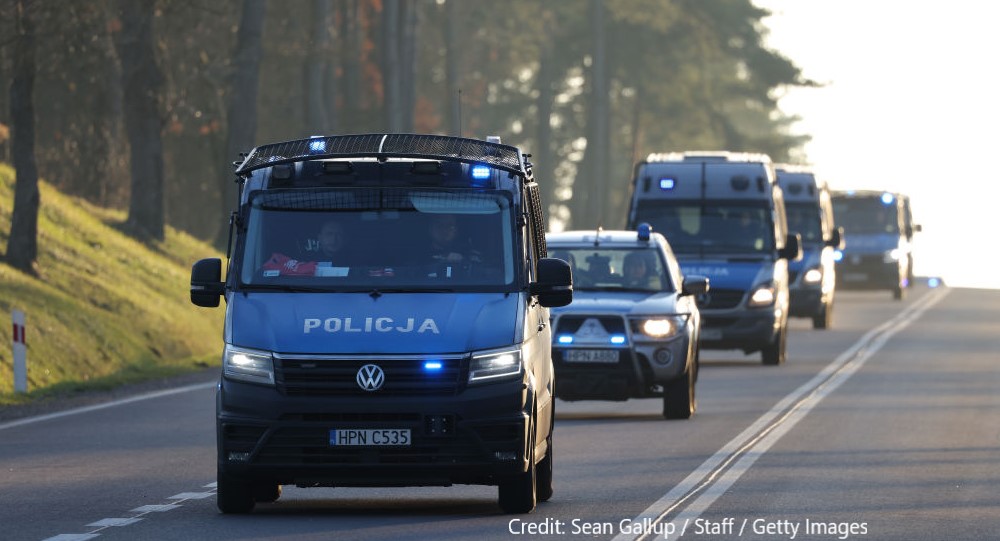 Europeanization and globalization simultaneously foster and limit mobility. ‘Desired’ and ‘undesired’ migrants are increasingly often separated by state authorities. National borders are the chief symbols of this separation: easily permeable, almost invisible for some, they are strictly, even violently controlled for others. As Ivan Krastev has argued, as mass migration emerges as the revolution of the 21st century, Europeans risk assuming the role of counter-revolutionaries.

The ongoing humanitarian crisis at the Poland-Belarus border throws sharp light on such attempts to discriminate. On the one hand, Poland, alongside neighbouring Lithuania, has been generously welcoming political refugees from Belarus since last year in what is the largest wave of forced emigration from that country since WWII. On the other, the Polish government had to declare a national emergency this autumn, and established a security zone alongside its border when thousands of mostly Middle Eastern migrants have started to demand entry from its eastern neighbour.

The disconcerting scenes and growing number of casualties the latter has resulted in along the border are an amplification of ‘the new normal’ in European politics. In the second half of the 2010s, the EU has to a large extent outsourced migration and asylum management to countries like Turkey or Libya. This may have temporarily eased the tense situation within the EU.

However, it has only perpetuated an unsustainable and largely uncontrollable situation. Just last year Turkey tried to implement measures of ‘humanitarian blackmail’ closely comparable to those employed by the Lukashenko regime this year. What we have been observing since June 2021, when the first migrants were escorted from Minsk airport, is a dictatorship encouraging a migrant crisis on its own border for blunt geopolitical reasons.

The novelty of the current situation is twofold. This time it is an EU neighbour with the clear intention to destabilize the bloc that has started to use migrants and refugees as bargaining chips. The second novelty is that smugglers have made common cause with airlines. This shows, just as Mark Leonard has recently argued, that in our ‘age of unpeace’, connectivity can easily become the source of increased leverage and conflict.

The prolonged border crisis has resulted from the interconnected acts of four key participants. Thousands of desperate and perhaps somewhat naïve people, mostly from the Middle East, have been persuaded to fly to Belarus and try to enter the EU from there. They are at the human centre of the crisis and the ones to suffer its consequences.

Second, there is the brutal and cynical dictatorship in Belarus. By leveraging the border, the Lukashenko regime has probably aimed to achieve international recognition and the lifting of recently imposed sanctions. Its ploy has predictably backfired in this regard.

There is no doubt that the Belarusian regime is responsible for manufacturing the crisis. However, Poland’s tough response has only exacerbated the situation. Disregarding concerns over human rights and the rule of law, the Polish government has taken an uncompromising stance.

Poland obviously has the right to defend its borders. However, there is no legal basis for the violent pushbacks and the accompanying suspension of asylum applications, no matter how large a majority in the country may be opposed to admitting refugees. By declaring a national emergency, the illiberal government of Poland has hoped to regain social support, not least of far-right voters.

The regimes in Belarus and Poland are not directly comparable. This makes it all more striking how they have both been facing internal and international crises and how these crises only made them more eager to shift attention from the centre to the periphery and engage in massive propaganda efforts.

Remarkably, Polish authorities have banned all journalists and aid workers from approaching the border zone in question. Barring anyone but locals, the police, border guards and the military has disabled humanitarian help and added to an already grave media crisis.

Ironically, the humanitarian crisis and presumable state violence on the border has allowed the Polish government and the EU – who have been in a worsening dispute with each other in recent years over the rule of law and democracy – to find common ground. This time, the controversial Law and Justice-led government has received backing from the most relevant EU bodies.

All the evocations of ‘European solidarity’ in opposing the Lukashenko regime can barely hide the fact that this act of ‘solidarity’ hurt the people stuck at the border more than representatives of the regime. In other words, the Belarusian regime may not have achieved the new forms of recognition it desired, but it has managed to pose a serious political, strategic, legal, and ultimately also moral challenge to Poland and the EU.

The border crisis has only reinforced the already widespread impression that the European Union has not been able to develop a workable common policy when it comes to migrants and refugees, and has been sliding into an ever less principled stance. The desperate migrants from the Middle East have been thrust into a dangerous confrontation. Some of them have made it into the European Union this year. Others have died undocumented deaths in the foggy forest of hybrid warfare.

As winter has arrived, the main flash point of the crisis appears to be defused, at least for now. Belarusian authorities have started moving migrants from the makeshift camps along the border and have also started repatriating some of them.

Polish and EU leaders remain sceptical that the standoff is truly over. Having made no systematic efforts to address the looming human catastrophe alongside and right across the EU’s borders in a principled way and lacking a convincing strategy when it comes to the Lukashenko regime, their scepticism appears justified.

By Ferenc Laczó, Assistant Professor in History and European Studies at Maastricht University.