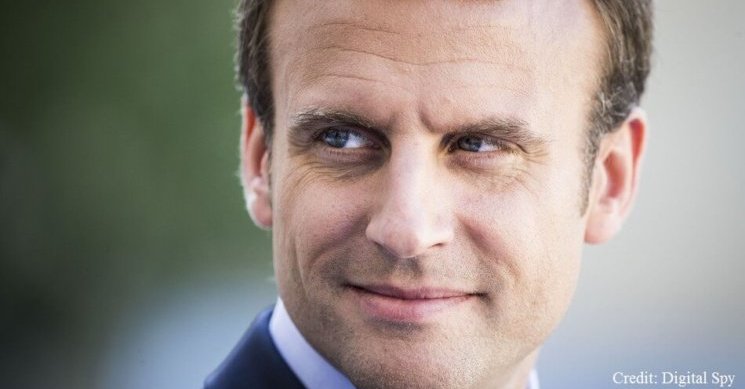 On Tuesday 13 June, the French and English men’s football teams played a friendly at Stade de France, preceded by a “working dinner” between Emmanuel Macron and Theresa May. It was not just the French football team who won; as the two leaders stood side by side at the joint press conference, May put a brave face on her humiliation while standing next to the man whose dreams had come true while hers faded and died.

It wasn’t expected to be this way. Roll back just one year and everything looked completely different. The French right-wing Republican party were on course to win the French presidential and parliamentary elections, while David Cameron hoped to win the Brexit referendum and then sit on his parliamentary majority until 2020.  And then everything began to unravel.

As the Republicans committed spectacular electoral hara-kiri, Macron came out of nowhere to sweep the French presidential elections. He then confounded the expectation that he would struggle to get a parliamentary majority; after the first round of the French parliamentary elections he is on course for a spectacular landslide, forecast to win up to 75% of all parliamentary seats.

Meanwhile, in the wake of Brexit and May’s sudden promotion to prime minister, she decided to capitalise on her dramatic lead in the opinion polls and called a snap election intended to bolster her majority and give her a stronger hand in negotiating Brexit.  As with her predecessor, her gamble backfired; she lost twelve seats, and with them, her parliamentary majority.

Beyond the headline result of Macron succeeding where he was expected to fail, and May failing where she was expected to succeed, lie numerous further contrasts. Let’s start with turnout. The UK elections saw surprisingly robust turnout, especially among the 18-24 generation who are usually associated with the highest abstention scores. The re-engagement of this electorate, attributed to Corbyn’s unconventional appeal and a strong digital campaign, helped to secure a surprise resurgence for Labour.

In contrast, turnout in the French election was at a historic low, with fewer than half of voters bothering to cast a vote. This was partly due to voter fatigue; after primary elections for the Republicans (November 2016) and Socialists (Jan 2017), and two rounds of presidential elections (April and May), the legislative elections feel like the “fifth round” of voting.

But it’s also worth noting that not all voters disengaged equally; Macron’s electorate remained relatively enthused, while despairing supporters of the other parties could not face another trip to the ballot box. In particular, those who had voted for Marine Le Pen in the presidential election were most likely to abstain in the parliamentary election.

This links to the next big contrast: the party system. In the UK, the main parties of the right (Conservatives) and left (Labour) have emerged resurgent, claiming a combined score between them of 85%, a level not seen in decades.  This success came at the expense of smaller parties such as the Liberal Democrats, and came on the back of the collapse of UKIP.  The centre and far-right have been swallowed up by the return of the classic left-right two-party system.

In France, the reverse has happened.  Fraught with internal divisions and faced with an electorate eager for change, both the Republicans and Socialists have seen their fortunes nosedive. The seemingly inevitable victory of the Republicans has failed to materialise and they are now set to continue in opposition with significantly smaller numbers than previously and the ongoing threat of a schism.

Meanwhile, the Socialists are staring into the abyss, coming in fifth place and with a projected final result of a mere 15-25 seats – a far cry from the absolute majority of seats they held prior to the election.  Both have been swallowed up by Macron’s centrist République en Marche party, and a strong presence on the far-right (Front National). While the poor turnout by FN voters has seen their vote share plummet since the presidential election, they are still hoping to win a handful of seats in an electoral system that usually leaves them almost empty-handed.

The next issue is diversity. While the UK rightly celebrates its most diverse parliament to date, the change can at best be described as (slow) evolution.  Conversely, the change in the French parliament is nothing short of revolution. Nearly all of Macron’s new MPs are political neophytes who have never previously served in the French parliament. Half are women, more than 50 per cent are drawn from outside party politics, and offer greater ethnic diversity for a parliament that has previously been almost exclusively white.  Collectively, they represent political renewal on an unprecedented scale.

Finally, May and Macron will each face unique challenges in managing their new parliaments. For May, the problem will be leading a minority government and pushing through legislation without being assured of securing enough votes.  Her bargaining hand at the Brexit table is severely weakened. At the same time, she can use this seemingly fragile position to demand greater concessions from her backbenchers and her fellow EU leaders, pointing to the alternatives if they do not cut her some slack.

Conversely, Macron looks to have such a large majority that he will struggle to persuade them of the dire consequences if they rebel. Philip Cowley’s research has indicated that parliamentary rebellions occur more frequently when the government has a more comfortable majority, and hence when the stakes are lower.

Macron’s mob of deputies are diverse in their ideologies and their allegiances, and are not used to the discipline of party whipping.  They are also completely inexperienced in party politics, leaving him in the perverse position of having hundreds of deputies but almost no-one qualified to take on leadership roles within parliament. In addition, if parliament becomes weakened and servile to the executive, opposition might instead take the form of the dreaded street protest so beloved of the French.

All in all, Macron clearly has the upper hand compared to May. He might be forgiven a little gloating when they met on Tuesday. But in politics, the game is never straightforward, and the path ahead of Macron may be less smooth than expected.