Macron’s re-election: good news for Europe, but a presidency with major challenges 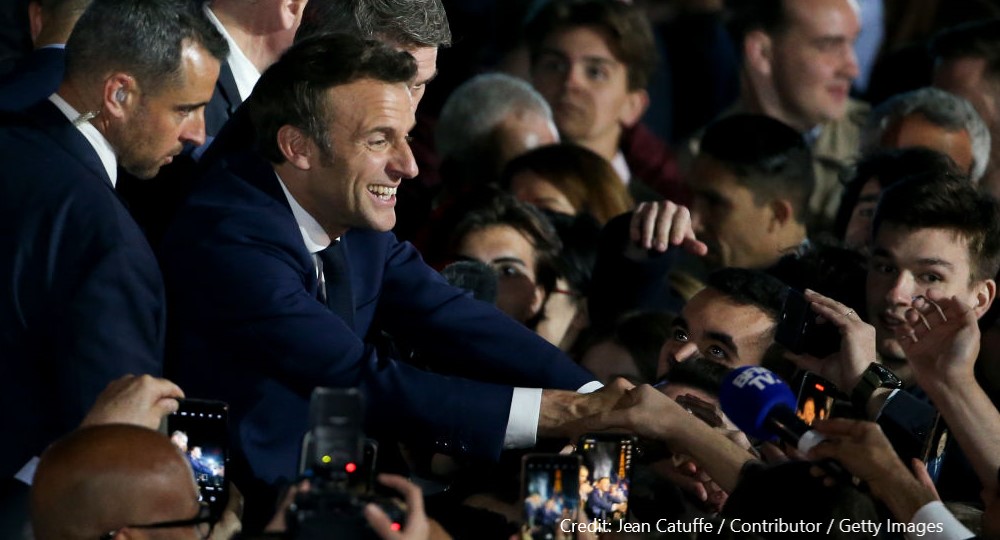 Emmanuel Macron has won the French elections, beating his challenger Marine Le Pen with 58.55 % to 41.45% of the vote. Macron’s re-election result is much clearer than surveys had predicted just two weeks ago, when Macron and Le Pen were separated by only five points.

Macron’s re-election means he will now have five more years to pursue his ambitious agenda for strengthening European strategic autonomy, and helping the EU level up in the fields like defence, climate, or technology.

Nevertheless, and independent of the outcome of the legislative elections in June, Macron’s next term will face many challenges, as the elections have showcased deep divisions in France.

A victory that comes with obligations

Looking at the numbers, Macron undoubtedly has a reason to celebrate: a clear majority of French people backed him over Marine Le Pen. Macron is the first president to be re-elected since 2002, and the first President ever under the Fifth Republic (the political system in place since a constitutional change in 1958) to be re-elected while holding a majority in parliament.

Yet, many did not vote for Macron in the second round because they were convinced of his programme or track record, but because they wanted to avoid a Le Pen presidency.

France’s electoral procedure with two rounds is often characterised as ‘choosing in the first round, eliminating in the second round’ (au premier tour on choisit, au second tour on éliminit): the vote in the second round is often more a vote against than for a candidate. Macron is well aware of this, and of the need to gain confidence among the French who voted for him out of pragmatism rather than conviction. In his victory speech, Macron stated that ‘this vote comes with obligations’ and that he wants to be ‘a president of all’.

Indeed, his speech already gave a glimpse of the steps he might take: he mentioned that he wants to transform France into an ‘ecological great power’, extending a hand to voters of the Greens; while his focus on youth demonstrates that he has understood that challenges for young people in France need to be addressed, and that young voters, of whom almost one third had casted a ballot for the left-extreme candidate Mélenchon in the first round, contributed to his victory.

Societal division will not go away

A major challenge for Macron will be the legislative elections in June. While he will still have a parliamentary majority for two months, the other candidates have already started campaigning for the parliamentary elections.

Even if French voters have, in the past, often given a parliamentary majority to the President to allow him to govern and avoid institutional paralysis, this might not be the case this time: the strong results of the right-extreme candidates Marine Le Pen and Eric Zemmour (together around 30%) and the left-extreme candidate Mélenchon (around 21%) in the first round show that people are looking for political alternatives.

Indeed, other forces in the political spectrum have already started campaigning for the legislative elections, with the aim of counter-balancing Macron’s project.

Macron will have to address societal division of France – in two visions and two daily realities of the country, represented by Emmanuel Macron and Marine Le Pen respectively. Indeed, the big winner of the evening is abstention: around 28% did not cast a ballot at all, and around 6% of those who went to vote casted an empty ballot. Thus, around 16.5 million French did not back any of the candidates at all, compared to around 13.5 million who voted for Le Pen and 18,8 million who voted for Macron.

In his victory speech, Macron stated that ‘the anger and the disagreements that have sparked this vote [for the extreme-right candidate Le Pen] also have to find a response’. His victory in the presidential election will not make these divisions and dissatisfaction with the political options go away, just like the victory cannot cover up the fact that two out of five French voters backed a far right candidate. Macron will have to address this challenge and try to reconcile the country.

Macron’s victory over the right-extreme candidate Marine Le Pen has undoubtedly sparked relief in other European capitals. Indeed, a Le Pen victory would have been another Brexit moment for Europe, as Le Pen questioned fundamental principles of the EU (such as the supremacy of EU law and international law) and of its functioning (like Franco-German cooperation).

When Macron stepped on the podium for his victory speech, the European anthem, Beethoven’s ode to joy, played in the background — and throughout his speech, Macron left no doubt that his project for France is also a project with a clear vision for Europe. Macron’s re-election means he will most likely pursue an agenda of European sovereignty, pushing for the EU (and also Europe in a broader context) to boost cooperation on challenges like defence, climate change, or technology.

Given that foreign affairs are a domain reserved for the French president, and that the office has extensive constitutional competences in this field, Macron will most likely remain a driving force in European integration over the next five years, even if his party fails to win the parliamentary majority.

This is good news for Europe because France, and particularly Macron himself, has been driving ambitious projects of the EU and for European cooperation in recent years, such as the EU approach to coordinate the supply of vaccines against Covid-19, the pandemic recovery fund financed by common debt, or new initiatives in the field of security and defence.

Macron’s re-election means he will now be among Europe’s longest-serving leaders, and his ambition to make France’s voice heard on the international stage and within Europe became clear during his speech — according to Macron, France has to ‘use its voice on international challenges’.

It thus seems likely that Macron will build on the pivotal role he has already been playing in the Ukraine crisis, and that France will continue to take the lead on European security challenges in regions like the Sahel, as well as strategic challenges like the Indo-Pacific.

Yet, Macron will need to balance his ambitions for France and Europe with the priorities of his European partners; Macron’s re-election means he will have to prove that French leadership in the EU is not an end in itself, but a means to achieving a common objective; and, most importantly, he needs the backing for his European project from European partners, particularly from Berlin and Rome, which he did not get in 2017.