Making Northern Ireland a bridge between the UK and the EU 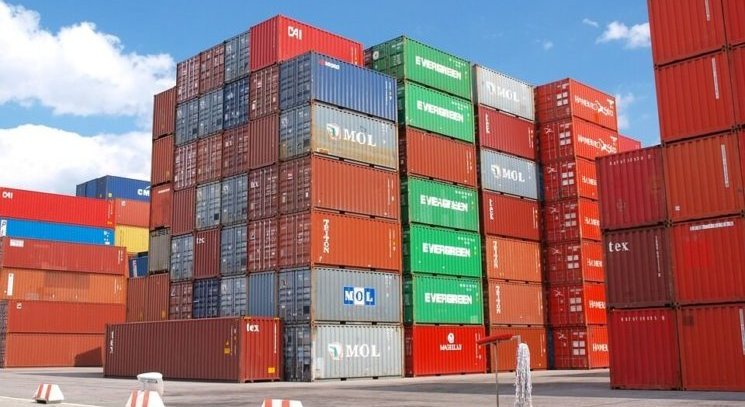 The outcome of the 2016 Referendum will have far-reaching implications for the movement of freight throughout Europe and especially here on the island of Ireland, where the UK shares its only land border with the rest of the EU.

In the event of a bad or no deal for the UK, Northern Ireland stands to be disproportionally affected compared to Great Britain, due to the nature of the all-island supply chains.

Businesses in Northern Ireland rely more extensively on the ability to transport their goods into the EU compared to similar businesses in Great Britain. This can be illustrated by the types of Operator Licences utilised in both regions.

To operate a Goods Vehicle, you must have a valid licence that is issued by the relevant government department. There are three types of Operator Licence: 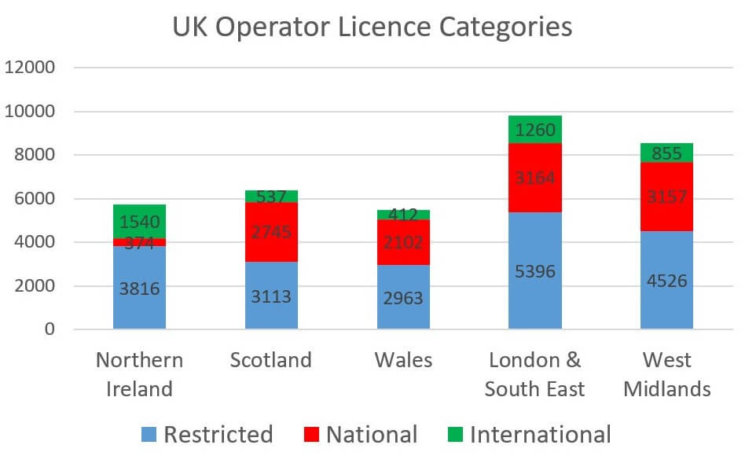 As the above figures illustrate, 27% of Operator Licences in Northern Ireland are for ‘International’ work compared to only around 10% of licences in Great Britain.

Indeed Northern Ireland has more International Licences than Scotland and Wales combined, as well as more than other larger UK regions.

It’s also worth highlighting that compared to 2014, commercial vehicle traffic across the Irish Border has increased by 21.4%. This clearly demonstrates that both economies, north and south, continue to become more reliant on one another as our supply chains become more entwined.

Even if customs checks were to be imposed on cross border traffic at the minimum 1% level, then, we would see around 128 physical inspections of goods vehicles daily. The impact of such checks would be additional costs for transport operators, delays and missed schedules.

Customs checks on things like tariffs is only the tip of the iceberg in terms of checks, and there is potentially an even bigger problem facing supply chain logistics on the Island of Ireland. Council Directive 97/78/EC of 18 December 1997 states that food products of animal origin, including meat, entering the EU shall be subjected to veterinary checks. There are three elements to these checks:

2 – Identity Checks: Check to ensure products in vehicle match those described in documents. This will mean physical inspection of vehicle to check seal numbers.

3 – Physical Check: Here the consignment is physically inspected, and this can include examining the packaging, checking temperatures, sending samples for to a lab analysis, or even smelling or tasting a product.

The EU stipulates the frequency of checks as follows:

Veterinary checks must take place at the physical point where goods enter the EU so without some special agreement, veterinary checks and the associated infrastructure would have to be put into place at the Irish Border in order to protect the integrity of the European food supply chain. This would result in every such load having to stop to lodge documents, ID checks and potentially a physical inspection.

The UK may also have to reciprocate such checks for goods entering Northern Ireland and Great Britain as potential future trade partners will want to limit the UK market from the supply of similar EU products that they wish to sell us instead.

This not only contradicts the government’s assurances of a frictionless Irish border, but it would lead to near paralysis of freight at the border since 33% of export sales (£2.7bn) from Northern Ireland to the Republic is food and animals. This represents 18% of tonnage, at 770,000 tonnes.

Due to the complex all-Island supply chains developed in recent decades, vital commodities, much of them agri-based, cross the border several times before the finished product is ready for export. Any additional costs due to delays, administration and re-routing of loads threatens to decimate this important indigenous industry.

The roads which cross the border, and Irish Sea ports, have been designed and constructed on the basis of free flowing movement of goods and people between the UK and the Republic of Ireland. Depending on the outcome of Brexit negotiations we may need to adapt and re-configure such infrastructure.

The maximum facilitation option proposed recently by government relies heavily on a technological solution for the Irish border – technology that has yet to be confirmed, developed and tested.

At a recent meeting I had with David Davis MP along with four local members involved in cross border haulage on 20 May, we outlined the reasons why this idea would not solve the issue around the Irish border. These ranged from consignments changing vehicles several times, identification of what is inside vehicles, veterinary checks, and the need to develop all the associated infrastructure.

It was also explained that many cross border freight movements are consolidated loads: for example you could have one lorry carrying forty different consignments, each one unique with different points of origin and destination. This could mean a check on one pallet of goods on a truck could have consequences for dozens of other businesses.

Northern Ireland is a unique place within the UK and Europe therefore it’s going to take a unique solution to solve the issue around the border. When chosen, the solution may not please everyone, but economic and social prosperity must be the key long term objective.