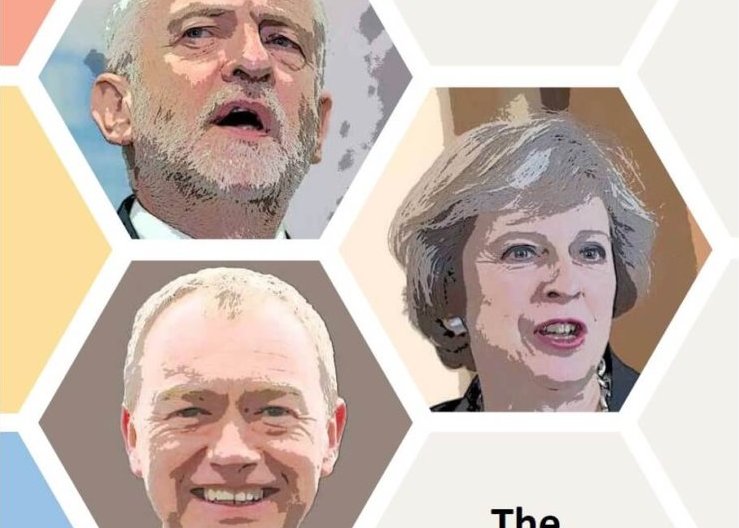 The Conservative, Labour and Liberal Democrats’ manifestos all ignore the true potential impact of Brexit, a new report by academics from The UK in a Changing Europe shows.

Brexit may impose significant economic costs, at least in the short term. Yet all the parties make pledges as if the post-Brexit world will be a case of business as usual.

The report, Red, Yellow and Blue Brexit: the manifestos uncovered, highlights the challenge Brexit represents for the British state. The civil service will need, inter alia, to coordinate the negotiations, draft the Great Repeal Bill and prepare primary legislation whilst the necessary administrative and regulatory structures will need to be put in place before Britain leaves the EU. Yet the manifestos, with their ambitious policy pledges, fail to take account of the constraints this process will place on administrative resources.

Professor Anand Menon, The UK in a Changing Europe director, said: “The majority of the next parliament will be a post-Brexit one. It will have to deal with the implications of one of the most important and difficult decisions that Britain has ever taken. What a shame the parties did not factor this into their plans.”

The Conservative policy to reduce net immigration to the tens of thousands is also likely to have severe economic consequences. The party does not quantify the consequences of its immigration policies. However, the Office for Budget Responsibility has estimated the fiscal impact of a reduction of net migration from 265,000 to 185,000 at about £6bn a year by 2021.

Labour states it would immediately guarantee the rights of EU nationals in the UK and ‘secure reciprocal rights’ for UK nationals in the EU. However, the EU has made clear there will be no final agreement on any one area until there is agreement in all areas. Also, there is no detail on how the huge administrative challenges will be met.

In foreign and security policy, the report notes that there is strikingly little of substance in any of the manifestos as to how Brexit might impact on Britain’s international role. Nowhere are strategic priorities laid out.

None of the manifestos comprehensively addresses what will happen in relation to EU public health law and policy. Nor are the profound challenges Brexit poses to the devolution settlement grappled with.

There is no mention of the jurisdiction of the European Court of Justice in the Conservative manifesto – previously a clear ‘red line’. Yet there is absolutely nothing in the Tory manifesto to reassure key sectors like pharmaceuticals, financial services, and the automotive industry, whose regulatory position, access to markets, or supply chains are threatened by Brexit.

Labour provides no detail as to why ‘no deal’ is the worst possible option for Britain, rejecting it as a viable alternative but failing to make clear how the EU27 could be made to agree to this.

A Lib Dem government would be caught between negotiating a very close relationship with the EU and arguing such a relationship would not be preferable to remaining.

Professor Menon said: “What is striking, is that while all three parties view Brexit as a major event, the manifestos treat it largely in isolation from other aspects of policy, rather than the defining issue of the next parliament.”