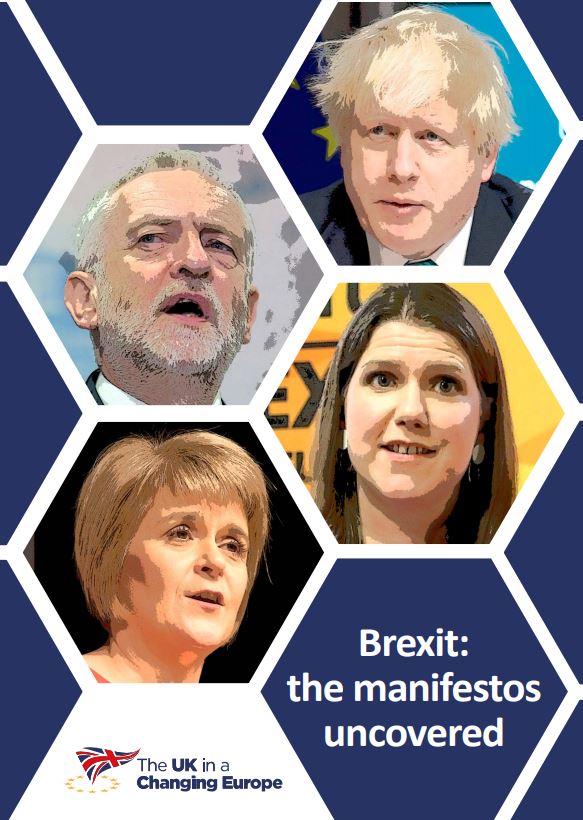 Analysis of the party manifestos reveals numerous statements on Brexit to be vague and potentially unrealistic, research by academic think tank The UK in a Changing Europe reveals.

The report, Brexit: the manifestos uncovered, finds the most glaring omission relates to the significant economic effects of Brexit on the economy.

Brexit will shape the UK’s economic, regulatory and trading relationship with the EU for the foreseeable future. Yet neither the Conservative nor Labour party address how Brexit would affect their wider economic strategies and ambitions.

In new economic analysis, The UK in a Changing Europe finds that, even under the scenario of a Conservative Brexit that leads to a free trade agreement, there would be an annual fiscal shortfall of at least £6 billion and potentially as much as £20 billion. A World Trade Organisation exit from December 2020 could push that as high as £28 billion. (see table below)

Other examples of unclear, unfeasible, misleading and missing statements include:

The report highlights some of the differences between Theresa May’s preferred deal with the EU and Boris Johnson’s. It finds:

Anand Menon said: “The harder the Brexit, the more difficult the already problematic economic and fiscal arithmetic will become for any government.

“One way or another, this election may ‘Get Brexit Done’, but the economic impacts will be with us for the next Parliament and beyond.” 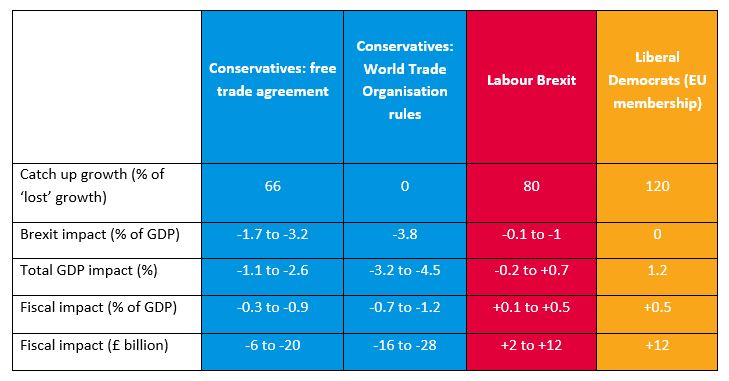