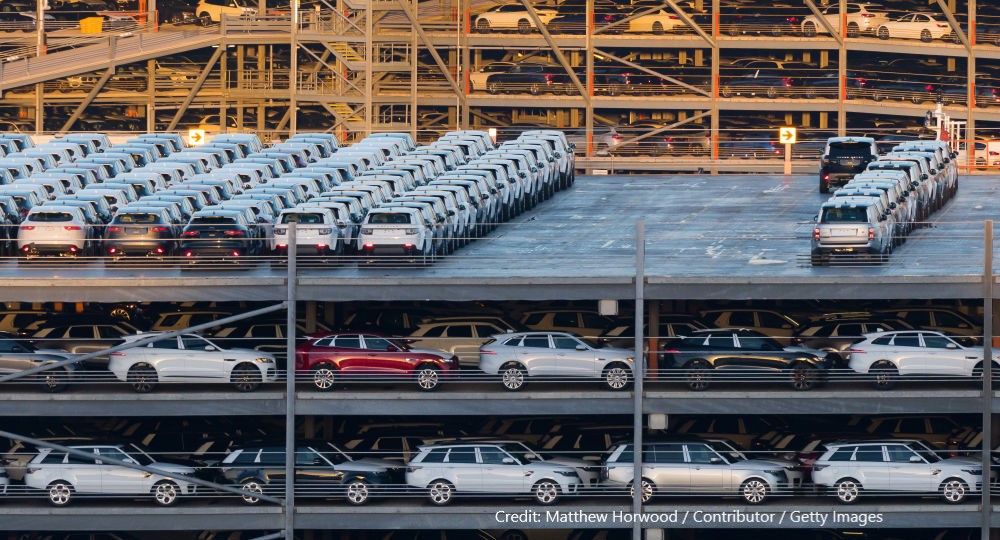 Back in mid-2020 UK in a Changing Europe published a report on the effects of Brexit of UK manufacturing, analysing the picture up to the point of publication and offering thoughts on the likely effects after the end of the transition period.

Over 18 months later, our new report, ‘Manufacturing after Brexit’, offers an updated take on where UK manufacturing stands after Brexit, looking at what has happened since our first report and at issues going forward.

The eleventh hour signing of the Trade and Cooperation Agreement (TCA) at the end of 2020 was claimed by Boris Johnson to have avoided both tariff and non-tariff barriers. The TCA certainly helped avoid a potentially very disruptive outcome in the form of no trade deal, and was welcomed by manufacturing.

But non-tariff barriers have indeed returned, and in a big way.

This is important, as the importance of manufacturing for the UK economy belies its relatively small size (10% of the UK economy). Manufacturing accounts for a disproportionate share of total exports (45%) and for 65% of private sector R&D spending. Also, some services exist because they are closely tied to manufacturing.

Nearly half of all goods imports and exports come from or go to the EU. Many UK manufactures had been highly dependent on previously frictionless trade with the EU to maintain efficient supply chains. EU manufacturing workers have also often plugged key skills gaps, such as in engineering, in the UK.

On the existing evidence, the end of the transition period has brought adverse impacts for UK manufacturing. In simple terms this is because the TCA does not fully replace the frictionless trade and market integration that existed before it.

The main adverse effects have come on two fronts. First, in terms of administrative barriers to trade (such as customs formalities or proving rules-of-origin requirements), and their accompanying costs. Second, in terms of disruptions to labour flows, directly affecting some manufacturing sectors (such as food and drinks), while indirectly harming manufacturing by damaging service sectors (such as logistics) that support it.

Regulatory divergence, the possibility of which was argued to a key benefit of Brexit, has thus far been very limited in scope. However, some changes are already being proposed (such as in data protection), and there is the potential for them to cause trade disruptions in the future. But few manufacturers in sectors such as automotive, aerospace, pharmaceutical or chemicals see any benefit from regulatory divergence, but rather only additional costs.

The adverse impacts of Brexit are for now mainly showing through reduced exports and imports with the EU (around 15% less for both, as compared to a no-Brexit scenario), and through some production disruptions.

At the time of writing, the ongoing conflicts around Northern Ireland probably represent the biggest risk to UK-EU relations, with the potential to affect the entire TCA in case they escalate. In this way, even manufacturers who do no business in or with Northern Ireland or the Republic would be affected.

With regards to the potential benefits claimed for Brexit for UK manufacturing, we find little evidence that – so far at least – they have materialised. While there has been some redirection of exports towards non-EU countries, this has not compensated for the reduction in trade with the EU.

What’s more, so far the UK has signed only two truly new trade agreements, with New Zealand and Australia, the former still only ‘in principle’. Whilst welcome, both countries account for a small fraction of total UK trade, and the expected benefits of the trade agreements with them are minor. Trade negotiations with the US are currently stalled.

Whether there is more progress on the trade front in the future remains to be seen. Similarly, if there is more regulatory divergence from the EU going forward, it will become possible to see whether it will bring benefits or disruptions to UK manufacturers.

We stress in our report that any opportunities post Brexit will not happen automatically. Rather, and however trade and regulatory matters develop, the UK needs an active, integrated, and well-funded industrial policy, within a stronger devolution framework, if UK manufacturing is to benefit from future growth opportunities. This is especially the case in the context of challenges over net zero, industry 4.0 and levelling up.

Such an approach could involve investing more in an industrial policy, bringing the UK much more into line with other advanced economies; targeting specific sectors or regions; helping particular firms to take advantage of new Industry 4.0 technologies; introducing new policies on developing skills, supporting R&D, long term financial support and so on; and transferring more power to UK’s regions and devolved institutions to develop more place-based industrial policies.

On the latter for example, the impact of Brexit on manufacturing is likely to be most profound in regions in the north and midlands. That in turn will make levelling up even more challenging.

The full report ‘Manufacturing after Brexit’ can be read here.