Marking myself to market: my forecasts for 2022, evaluated 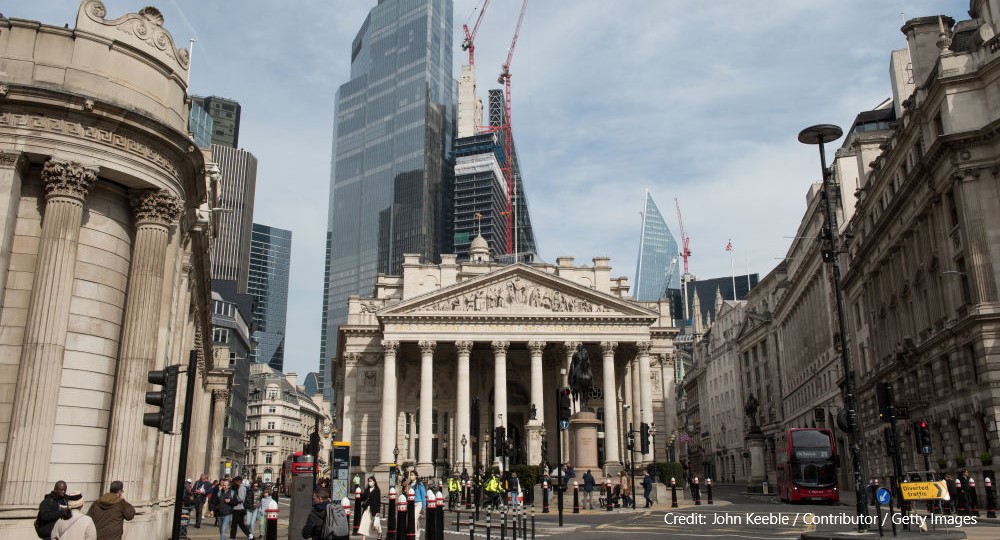 Jonathan Portes looks back on the predictions he made about the UK economy at the start of 2022 and assesses what he got right and wrong.

Every year the Financial Times asks, just before Christmas, 100-odd UK economists for their predictions for the year to come. And in recent years, in the spirit of Brad Delong’s call for economists to ‘mark their beliefs to market’, I’ve looked back at what I said last year (the 2021 edition is here).

But first, what was the consensus? The FT summed it up like this:

‘Economists expect UK living standards to deteriorate in 2022 as inflation and rising taxes hit poorer households, while supply-chain blockages and Brexit-related trade underperformance will limit economic growth. The Financial Times’s annual survey of almost 100 economists revealed that most expect inflation to outpace wages, while Covid-19 will continue to disrupt production and consumption. At the same time, high energy costs and the increase in National Insurance contributions will hit those on lower incomes hardest.

A majority of respondents also said that the UK’s recovery would lag behind that of comparable economies, with many of them blaming this underperformance on political instability and a lack of any credible long-term economic strategy. Although many countries are experiencing high inflation, supply-chain disruptions and labour shortages, Brexit would make these problems more severe in the UK.’

This was almost entirely correct. Real household disposable income has indeed fallen sharply, and the economy has barely grown since the survey was published.  We were perhaps a bit too pessimistic about the ongoing impact of Covid – but of course we did not foresee Russia’s invasion of Ukraine. And our view that the UK would underperform because of both Brexit and the current government’s broader economic and political failings was accurate, although none of us could have guessed just how ‘political instability’ would manifest itself in practice.

My individual responses were not that different from the consensus:

Q1. Will the UK economy outpace or lag behind other developed economies in 2022 and why?

‘The key UK-specific factors for the year ahead will be fiscal policy, where significant tax rises will be implemented in April; and Brexit, where the additional trade barriers with our largest trading partner that were introduced in January 2021 will be supplemented with additional import controls in January 2022. So while global influences (most of all the pandemic, but also US monetary policy) will dominate, the UK is likely to underperform somewhat.’

Evaluation: Correct on the economics and Brexit (although the new import controls were not in fact introduced).

Q2 To what extent will the Bank of England be in control of inflation by the end of 2022?

‘The key factors driving inflation higher are energy prices and supply chain issues associated with the reopening. There is as yet little or no evidence of a ‘wage-price spiral’ or persistent excess demand for goods and services. So I would expect inflation to fall quite sharply over the course of the year.’

Evaluation: Too optimistic about the fall in inflation. I could blame Putin (everyone else, especially the government, does!) but that would be too easy. Inflation does appear to have become more widely embedded in the UK economy than I expected, although with real wages falling sharply there’s still little evidence of a wage-price spiral, and it does now appear to be slowing. I still expect it to fall sharply!

Q3. To what extent will the UK look like a high wage, high productivity economy at the end of 2022 – and will people feel better or worse off than they do now?

‘It’s notable that despite a profusion of media reports about wage rises over the summer, real wages are still lower than a year ago and have been falling, not rising, in recent rates, as inflation has taken off. This won’t reverse immediately, although things may improve as inflation recedes. To be fair to the government, boosting wages and productivity in a sustainable manner was never going to be either easy or quick. Unfortunately, the government seems to be keen on quick, politically attractive fixes. Focusing on a few areas and seeking to create ‘good manufacturing jobs’ – even if it is in the industries of the future, such as renewables – is only going to be at most a small part of the answer for a small number of places. Meanwhile, reducing immigration will in itself do little or nothing to boost pay and productivity and may indeed make things worse. Indeed, a liberal and flexible migration policy – for a small open economy like the UK, highly dependent on high-productivity service sectors – is likely to be an essential ingredient in any credible strategy to boost productivity.’

Evaluation: Correct. As predicted, wages have fallen, and there’s little or no evidence that sectors where immigration has reduced have seen wages fall more slowly.

Q4. Is there anything else you would like to tell us?

‘One bright spot over the past year, which may portend well for the future, is the relatively successful and trouble-free implementation of the new immigration system. This represents a considerable liberalisation of immigration policy towards those coming from outside Europe, with about half of all jobs now eligible for a skilled work visa, with no resident labour market test; meaning that the UK now has a more liberal work migration policy than any major EU country, and arguably than any major advanced economy. Skilled work visas are already running considerably above pre-pandemic levels, especially in the health sector. Moreover, migration from Hong Kong – about 80,000 visas have already been issued – could give the UK economy a real boost. Despite the government’s retrograde rhetoric and policies on refugees, migration is one area where Global Britain might yet prove to be a slogan with actual substance.’

Evaluation: Correct. The most recent data showed that work-related migration has rebounded sharply from the pandemic, and it was the only supply-side factor identified by the OBR as actually boosting growth significantly over the next few years. My view that this is the one real bright spot of post-Brexit policy has so far been largely vindicated.

So overall, reasonably accurate, but too optimistic about inflation. My full responses on 2023 will be published as usual in the FT early in the new year.

By Professor Jonathan Portes, Senior Fellow at UK in a Changing Europe.