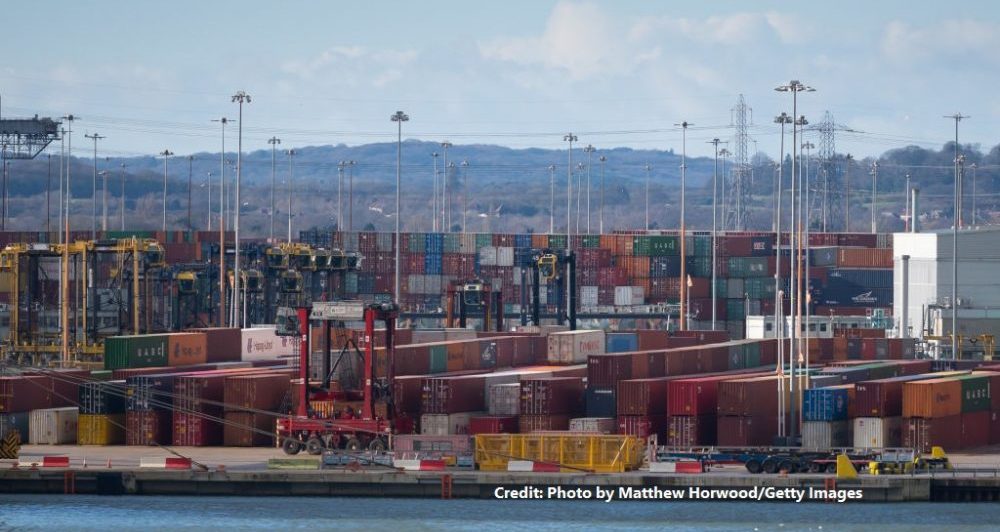 ‘A simple bit of maths shows the answer is no‘. Wrote the then David Frost in his contribution ‘Can Britain Secure Trade Outside the EU?’

It was one section in the June 2016 report by Portland Communications, ‘Britain Votes Leave: What Happens Next?’ Published just prior to the referendum it also included contributions from Messrs Gove and Eustice.

The now Lord Frost’s ‘bit of maths’ was in answer to his own very specific question: would reduced access to the Single Market be ‘outweighed by freedom to negotiate our own trading agreements with other countries?’

We need to check the maths to confirm if Lord Frost was right.

Nearly five years on and with Trade and Cooperation Agreement in place we can model the ‘simple’ maths he meant. Having done so, in summary: first, yes, it’s simple; second, theoretically, new trade agreements with countries beyond the EU can outweigh lower Single Market access; third, however, in practice (which Lord Frost had assumed) it’s all but impossible for them to outweigh lost EU exports. And finally: this can lead to a cumulative net shortfall in total UK exports and, consequently, a potentially poorer UK.

Of course, countries export to more than two others, and we need to total to 100% – and admit to the impracticability of a 225% exports increase. So, say X actually has four export countries, A to D, and, on average, B to D can muster only the same percentage increase that is lost to A. Overall, whatever is lost in the decline in exports to A is compensated for by the increases in exports to the other three.

The maths now throws up an annual shortfall (losses minus gains) versus original total exports, which becomes cumulative as years accumulate.

The percentage uplift would now need to be just 50% (compared to 225%) in order to eliminate the shortfall.

We’ve modelled the simple maths Lord Frost meant. But how would that model against Brexit Britain? What data can we use to help?

Well, we can take the current and historic export destinations and values as at the end of 2019 (according to the ONS Pink Book); the IMF country-specific growth estimates for 2020-5; and the Department for International Trade’s documented export increases for current target non-EU counties.

We can then add the estimated percentage fall in exports from the UK to the EU, and assume that the new trade agreements will be effective by 1 January 2025.

The output mirrors the shortfalls shown by the simplified A–D example, this time with actual values.

The fall in EU exports builds to a cumulative total UK exports shortfall for the three years to the end of 2024, after which it is partially covered by increased non-EU exports generated from the new trade agreements. 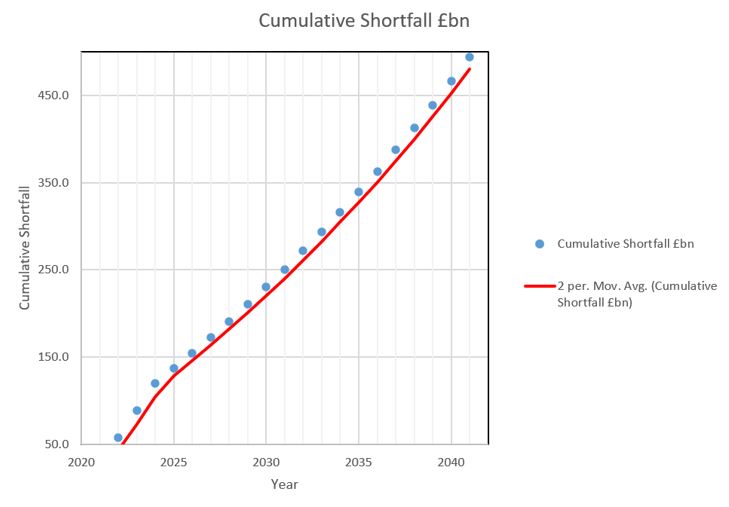 The reason for this is subtle, but important: in layman’s terms the cumulative total shortfall arises because the non-EU countries with which the DIT hopes to strike new trade deals only amount to around 23% of UK exports, versus the EU’s 42%.

In addition the DIT is forecasting export gains from new trade agreements with these countries as 7-8% at best, versus the 10% EU fall (and, of course, remember that these new trade deals will take time to take effect).

Where does this leave us? Although well-documented desires exist to pivot trade away from the EU, the maths reminds that the closer the UK is to the EU in terms of trade, the lower the shortfalls.

We might imagine that an exports picture split 42%-58% between the EU and the rest of the world would imply that a simple focus on the former versus the latter would outweigh something, but when the detail is modelled, it’s clear it’s not as simple as that.

The IMF forecasts that global growth in regions outside the EU (the emerging markets, the Americas, etc) will be stronger are promoted as a boost to this ‘outweighing’ – and that by tapping into this growth the UK can hope to make good the shortfall from lost EU exports.

This is correct but largely to the extent that the UK implements non-EU trade agreements: it can be seen graphically that the rate of increase in the cumulative total shortfall slows as the higher non-EU growth and trade agreements ‘kick in’. The previous graph shows, however, that the overall effect is small. 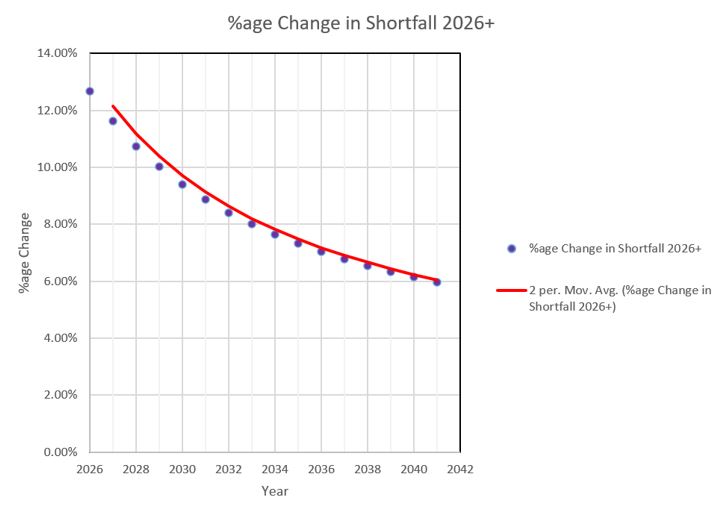 Reducing or eliminating the shortfalls

We’ve modelled Lord Frost’s maths both in theory and in Brexit Britain practice. So, what could the UK do to reduce or eliminate the indicated shortfalls?

We can tweak the inputs to test the sensitivity of the model to, for example, earlier implementation dates for FTAs with the rest of the world; higher growth rates in these countries; a smaller decline in exports from the UK to the EU; and maybe adding further trade agreements

Unfortunately, not only do all of these have minor effects but a more significant factor is in play – the fall in UK-EU exports. Changing the assumed reduction in EU exports – set at 10%, in our thinking – dramatically affects the output.

The January 2021 ONS trade figures show exports 41% down against December 2020. Although these falls undoubtedly include the effects of stockpiling and of Covid-19, they exceed the model’s estimate four-fold. Indeed, the UK in a Changing Europe recently estimated a 36% exports fall over the next 10 years.

These are early days in the new UK-EU relationship. We may be better able more reliably to estimate ‘the 10%’ once we have the full trade figures for the first quarter of 2021.

But thanks in part to Lord Frost the UK does now have a ‘Maths and the Mercantile Model’ in place, as a ‘baseline’ to update and monitor going forward.

By Paul Giles, Performance, Attribution and Risk Specialist at TeachIns.