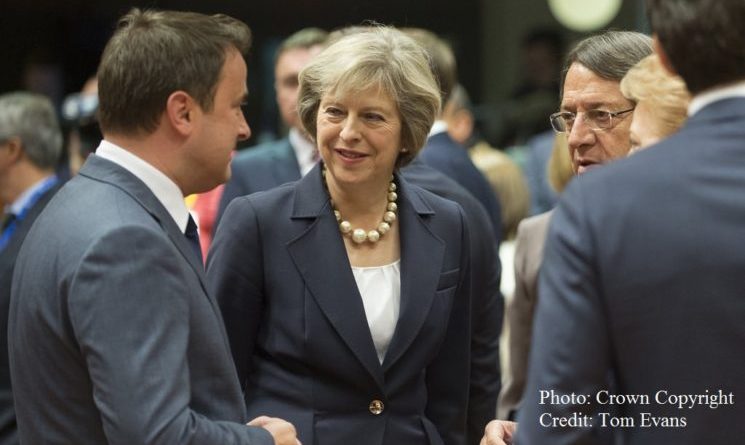 One speech doesn’t change a foreign policy – but Prime Minister Theresa May’s speech to the Lord Mayor’s banquet yesterday illustrates how the UK’s preoccupations have shifted over the last 12 months.

David Cameron’s 2015 speech was marked by its focus on terrorism, coming as it did in the aftermath of the attacks in Paris on the preceding weekend which killed 130 people. The speech was dominated by a focus on the UK’s national security and a review of all of the UK’s instruments and strategies to address terrorism – by being engaged overseas – as the central threat to the UK. David Cameron made no mention of the European Union in his speech.

The preoccupations of Theresa May’s speech were very different. The centrepiece of her message was not terrorism but “liberalism and globalisation” and the need for political elites to recognise that these have thrown up opportunity but also inequality. And that the results of the US presidential election and the UK’s EU referendum are therefore to be interpreted as a cry for change from those parts of the electorate for whom globalisation has meant the loss of jobs, income and changes to their communities.

For May the solution is not to ditch globalisation but to see it rebalanced by “managing the forces of globalisation” so as “to ensure that the prosperity delivered by free trade and free markets is shared by all.”

The logic of the Prime Minister’s argument was less sure-footed in discussing the future relationship between the UK and the EU. There was no new detail forthcoming on the Government’s ambition for its future relationship with the EU – only that the UK will seek a bespoke agreement with the EU and not to seek an “off-the-shelf solution” replicating any existing deal. The general theme of the Prime Minister’s speech that trading relationships should be balanced with the need for meeting the needs of all citizens was not pursued in the (short) section of the speech that dealt with the EU.

In Theresa May’s speech the exit from the EU was a necessity, to respond to the demand for change from publics as demonstrated by the referendum result. However, it was not an indication that the UK is not turning away from the outside world. Rather, it will allow the UK to be more “agile” and free to adopt a new global role alongside, rather than within, the traditional international trading blocs so “Britain can trade freely with others according to what’s in their own best interests and those of their people”. Beyond platitudes there was no detail on either the priorities or the intended future shape of the UK’s trading relationships with third countries

There was also no extended discussion of the future relationship with the United States and the implications for the UK of a President Trump – only a reference to a President-elect who “defied the polls and the pundits”. Neither the challenge that Russia presents to the UK’s security nor the conflict in Syria were mentioned in the Prime Minister’s speech.

Consequently, this was a foreign policy speech that actually said very little about the current and future foreign, security and defence policy of the United Kingdom. It was dominated by a focus on political economy issues covering free markets, trade and business and discussed these at length. What was missing was a lack of clarity as to how the UK’s political economy challenges inform Britain’s current and future ambitions for its foreign policy and determine the UK’s concerns for its security and defence.

One of the Prime Minister’s final lines was to claim that the UK has “so often been the pioneer – the outrider – that has acted to usher in a new idea or approach”. Her Mansion House speech lacked clarity as to what this new idea or approach might be for the UK’s foreign policy post-Brexit and under a Trump Presidency.