May bet big on Trump. She has no easy way back 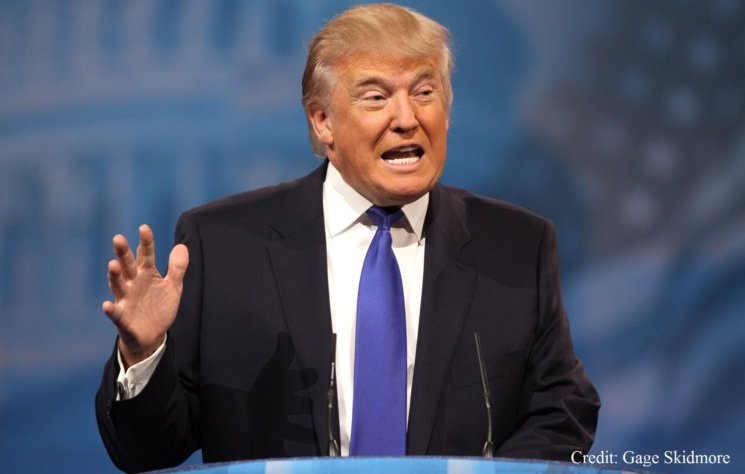 Theresa May took a deliberate gamble with her rush to Donald Trump’s side in the first week of his presidency. If she had not stared the downside risk full in the face before the meeting, she certainly had by the day after.

She and her country are in a tight spot, a fact of which she is acutely aware. With the triggering of Article 50, Britain will imminently propel itself towards exit from the European Union on terms as yet unknown. The challenge this sets for British trade policy is well known. The decision has also driven a political wedge between the UK and several of its closest and most natural diplomatic allies.

For several generations the UK has looked to its ‘special relationship’ with the United States to validate its sense of self and worth in international affairs. Its habitually close collaboration in military and intelligence matters with the greatest power in the world, and its imagined diplomatic influence in that quarter, have served to salve the status anxiety generated by its slide since 1945 from one of the Big Three alongside the USA and USSR to a middle power of middling importance.

In this context, then, it should be no surprise that May should see opportunity and grasp for it in the form of a new president across the Atlantic.

In some ways, President Trump made it easy. Unlike his predecessor, he was eager to declare that Brexit was a fine idea.  He cheerfully told emissaries from the press that a great new trade deal with the UK was a priority. He was delighted to revive the memory of Reagan and Thatcher as mood-setting for May’s visit to DC, and lay on a performance for the cameras of abiding fondness for the land of his Scottish ancestors and the achievements of the US-UK alliance. He was even willing to cooperate, if a little passively for London’s liking, with the public reaffirmation of American commitment to NATO that the May so clearly came to town to seek.

Unfortunately for the PM, President Trump is also still Donald Trump, the most chauvinistic candidate to compete for the American presidency in living memory. Over the course of his 2016 campaign he laid waste to what were assumed to be the norms of American political discourse with both the manner and the substance of how he spoke about Mexicans, Muslims, women, and counterterrorism.

May’s gamble was that she could get away with diplomatically muting her concerns about these issues – which one presumes are numerous – and in so doing reap the material and rhetorical harvest of the new president’s favour and gratitude. She characterised his victory, in a speech to Republicans, as “dawn breaking on a new era of American renewal”. She extended him, and he accepted, the offer of a state visit to Britain, which would entail the highest honours and a meeting with the Queen. As if the metaphorical effort to keep the president close were insufficient, the two were photographed at one point holding hands, admittedly rather awkwardly, in the environs of their press conference.

As the day of visit itself ended, all appeared well. Some tough questions had been asked, for example about Trump’s contemplation of bringing back torture as a tool of interrogation. But they had been dodged or deflected sufficiently well to avoid giving offence to May’s mercurial host, and the British front pages delivered the array of ‘special relationship’ headlines that were objective no.1 for the mission.

The taste of public relations victory promptly turned to ashes in the Prime Minister’s mouth a day later, however, when she found herself peppered with questions about an aggressive new executive order on immigration Trump had issued the very same day she had stood beside him. In it he banned Syrian refugees indefinitely from entering the United States, suspended all refugee entry for 120 days, and blocked entry for citizens of seven majority-Muslim countries.

In the chaotic hours and days that followed, as it remained unclear to whom the ban applied, reports flowed in of fully-vetted refugees, approved visa-holders and even permanent US residents prevented from boarding flights overseas, turned back at US airports, detained upon arrival, and subjected to extended interrogations by Immigration services.  Protests broke out at airports and cities around the country against what critics characterised as a thinly-disguised and slightly diluted revival of the ‘Muslim ban’ Trump had proposed during the Republican primaries. Legal battles commenced in the courts, and dissent within government, including the Justice and State Departments began to mount. Meanwhile, as background noise, Gallup reported that the percentage of the public with an unfavourable view of the president’s performance had reached 51 percent – an unprecedented scenario this early in a new president’s term of office.

Protest soon spread to the UK, with thousands taking to the streets of British cities in furious protest against Trump. An online petition demanding the revocation of Trump’s state visit invitation took flight, gathering over 1.6 million signatures at the time of writing, and still climbing.

But for Theresa May it was, and is, too late to change course. While German chancellor Angela Merkel and several other European leaders made public their firm objection to Trump’s policies, and laid the groundwork for a period of civil but palpably disapproving relations with a US president gone rogue from liberal norms, May had already placed her chips on a positive relationship with Trump. She cannot change her bet now without losing everything – to do so would leave her with neither credibility at home (the time when her critics would have lauded a stand has long past) nor the favour of the illiberal president she risked so much to court.

The Prime Minister has boxed herself in such that the only play she has left is to hold fast and hope that Donald Trump will prove in time to be a greater respecter of basic liberal principles and a less widely reviled global political figure than his first ten days in office have indicated likely. Few would envy her that position.