May defiant, Macron contrite amid crises that threaten the EU’s stability 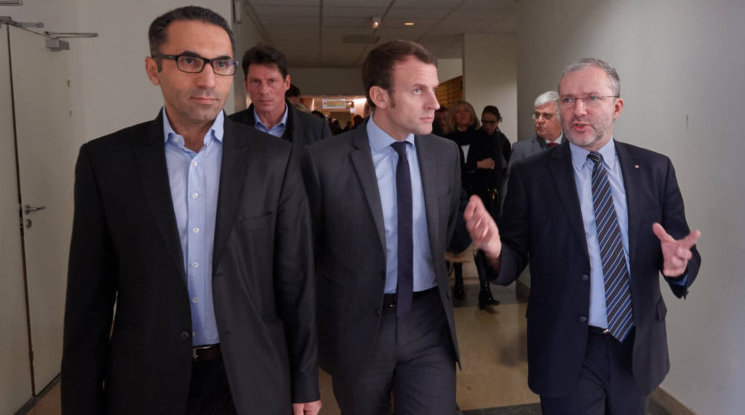 By some freakish alignment of political firmaments, both Theresa May and Emmanuel Macron have lived the week from political hell. Both the British prime minister and French president face challenges to their very survival as national leader.

On the face of it, their winter woes are surprisingly similar. The political authority of both Macron and May is under acute attack. Their public personas have been drained of credibility, and both have lost face even among their supporters. Neither leader enjoys a supportive media and neither can count on solid political party support. They are each playing for very high stakes.

For May, the endgame is to bring about the UK’s withdrawal from the EU, no more, no less. She is unerring in her determination to see the job through and it is her crude simplification of an overtly complex and divisive process that has led her inexorably into her current predicament. Her torment has been played out within the walls of Westminster Palace.

But these are walls in name only: every twist and turn of the prime minister’s efforts to square parliamentary sovereignty with the result of the 2016 referendum has been laid bare. As a result, Brexit inveigled itself once more on to the agenda of the most recent 2018 summit meeting of EU heads of state and government in Brussels.

Macron attended the event in a newly altered state. Since his election in May 2017, Macron’s goal has been to gird France for a future which worries him, and he has been in a great hurry. Stasis is his enemy, transformation his friend. He knows no fear, sees no obstacles that cannot be surmounted, and the sky is his limit. The scale of his ambition and confidence is what has brought him to earth with a resounding bump.

A leitmotif of the gilets jaunes protests is a call for Macron’s resignation. The same president who in 2017 benefited from a mounting sense of dégagisme (out with them all) to beat all established candidates to the post, now finds himself the target of the very same sentiment.

He is constitutionally insulated in a way that May is not: there is no obvious, direct mechanism for removing the president merely because he has become unpopular. He has to want to resign – and for now there is no evidence that Macron wishes to head for the exit. But that gilded, presidential perch contrasts uncomfortably with the highly symbolic high visibility of the protestors’ yellow jackets.

Both leaders made further concessions in a torrid week in mid-December: a promise to get further assurances on the Brexit withdrawal agreement on one side of the Channel, scrapping taxes and raising wages on the other. In London, the tone was defiant; in Paris, contrite. In neither case are the steps taken likely to suffice – and, in each case, other EU leaders can do little but offer warm words of comfort.

Yet the UK’s Brexit paralysis and the defiant stand-off in France each pose a serious threat to the stability of the EU. Neither development has an obvious solution or outcome, although Macron’s dilemma manages to make May’s script somehow more predictable, which is a feat in itself. This is because however UK domestic politics play out, many parties are at least braced for all scenarios, on a spectrum from no Brexit to no deal.

In France, developments are taking an uncharted course and the president’s attempts to restore his authority have so far met with limited success. Constitutional reform was already on the legislative table, but has now been pushed back once more. In its current form in any case, it already falls far short of the demands that are emerging from the groundswell of discontent.

A time of turbulence

Although the precise timing of the crisis in each country may well be a coincidence, the concurrence of French and British woes is not really all that surprising. Both leaders are in post at a time of turbulence. Both are governing electorates which have been sending signals of their rejection of the current political status quo for some time. Both have taken the idea of the “people” into a new era, galvanised by social media, where extreme opinions and fake news stoke fires and prod open wounds.

Political authority no longer speaks for itself. In France, the self-styled populist leaders who stalked the 2012 and 2017 French elections, Marine le Pen, and Jean-Luc Mélenchon, are just as outflanked by the gilets jaunes as the French president and the leaders of the political parties he left in ashes at the 2017 election.

In an alternative universe, what a time this would be to renew the vows of Franco-British friendship. As German chancellor Angela Merkel prepares to leave the European political stage, cross-Channel initiatives to redesign and improve existing cooperation – on migration, security and the environment, for starters – could take their place in the transnational efforts that are surely needed to strengthen Europe in tomorrow’s world. I’m not holding my breath.

By Helen Drake, Brexit research leader at The UK in a Changing Europe and Professor of French and European Studies at Loughborough University. This article is republished from The Conversation under a Creative Commons license. Read the original article.