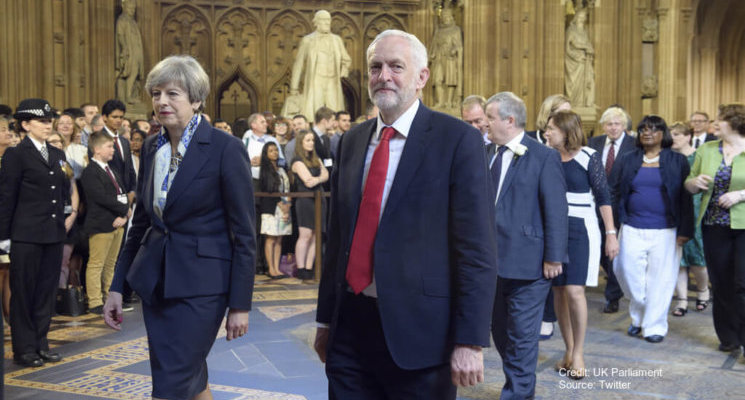 Theresa May has embarked on a national Brexit tour of Britain to sell her deal. And the first results are in. The Prime Minister’s deal is gaining some support (from a low base) across the country. A slim majority now think MPs should back it.

Yet, in Parliament – where the decision will be made – the deal has tanked. Why is May canvassing the country, when she should be convincing parliamentarians?

The logic of going ‘over the heads’ of MPs is clear. Political scientists have long known that MPs act on the basis not just of their own personal views, but also those of their constituents. Brexit is no different.

There are 12 Labour MPs – like Caroline Flint – who voted Remain, but have voted against the Labour whip for a harder Brexit. All but one represents a seat that voted over 60% Leave.

Some 72 backbench Labour MPs represent constituencies that are estimated to have voted over 55% Leave. Only 14 support the People’s Vote campaign.

Labour MPs are sensitive to public opinion, and they also really matter to the Prime Minister. 64 Conservative MPs are part of either #StandUpForBrexit or the People’s Vote campaign at the extremes of the Brexit debate. If they all vote against, the deal, Mrs May needs 72 Labour MPs to support it.

So without significant support from the Labour benches, Theresa May will find it impossible to get her deal through Parliament.

The bad news for the government is that, since the referendum, constituencies represented by Labour MPs have drifted towards Remain. According to Professor Chris Hanretty and Survation, 46 Labour backbenchers represent constituencies which have switched from Leave to Remain. There are some big movements among the changes.

It is also notable, given his crucial role in determining Labour’s broader Brexit strategy, that John McDonnell’s Hayes and Harlington constituency is estimated to have seen the fifth biggest swing to Remain in the country, from 41% to 54%.

The graphs below sort Labour MPs into five different factions, to isolate the Labour swing voters in parliament. Forget the blue and green dots. These are the Labour backbench MPs who are either pro Brexit (in blue) or pro referendum (in green).

In the boxes are the middle groups, on neither extreme of the Brexit debate. Think of the box in both graphs as the Prime Minister’s window of opportunity – the MPs representing pro-Leave constituencies, which the government has the best chance of getting on board.

In orange are the MPs that are the nearest Theresa May has to bankers in the Parliamentary Labour Party. The good news for the government is that these constituencies still largely have a majority in favour of leaving the EU.

The grey dots are the 62 MPs who have, to date, voted with the Labour whip on Brexit. This contains some MPs – Lisa Nandy, for example – who the government was hoping to convince, but haven’t been able to yet.

Nandy’s constituency has moved from 63% to 54% Leave, and 25 of these MPs represent constituencies that have switched from Leave to Remain

In yellow are the 16 MPs – such as Liz Kendall and Hilary Benn – who have voted in parliament for the single market and as soft a Brexit as possible. However, they have not supported a referendum to date.

Faced with a Hobson’s choice between what they see as a sub-optimal Brexit deal, and the prospect of no deal or no Brexit, the government hopes these MPs will support Theresa May.

Twelve of these MPs represent seats that are estimated to have voted Leave, but now polling shows just five of these constituencies have a Leave majority today.

The government’s hope of a majority for the deal negotiated with the EU rests on convincing a large chunk of these Labour MPs to back her deal in the end.

The latest polling on the Brexit deal represents an achievement of sorts for the Prime Minister, and good news for the government.

However, if Theresa May’s aim is to convince MPs they have little choice but to follow the government, she could well be facing more of an uphill struggle than first realised.

By Dr Alan Wager, research associate at the UK in a Changing Europe. This piece originally appeared in the Huffington Post.