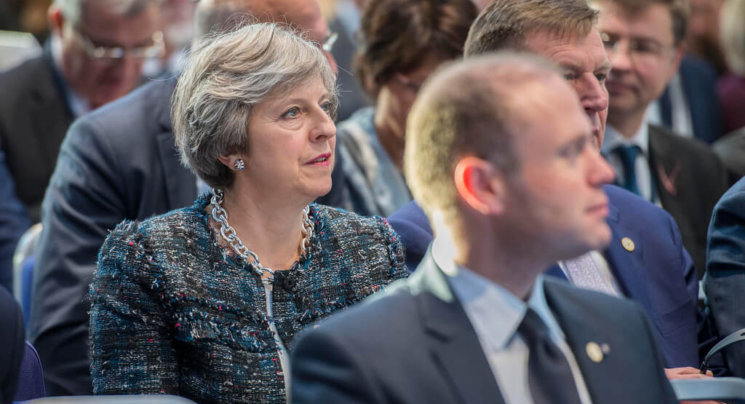 Two weeks ago, Theresa May drew another red line in the Brussels negotiations, this time on the Brexit transition and the free movement of people. “I’m clear there’s a difference between those people who came prior to us leaving and those who will come when they know the UK is no longer a member of the EU,” she said.

What does this mean? It has already been agreed that European Union migrants who arrive before Brexit Day can stay on indefinitely if they so wish, and eventually will acquire the right to permanent residence. But if Theresa May has her way, those arriving during the transition period—when free movement will continue as now—will not have the same guarantee. Their position will depend on the UK’s future, post-Brexit system.

The reaction in Brussels wasn’t exactly positive; Guy Verhofstadt, the European Parliament’s lead spokesperson on Brexit, was particularly unimpressed, and on his recent visit to London Michel Barnier made clear that this was one of the remaining issues that could derail the whole transition deal. The EU27 have said all along that any transition means that the UK will have to follow all EU rules.

But the difficulties with May’s position go deeper than the fact that it will be very hard to negotiate her preferred outcome.

First, think what this would actually mean for individuals, families and employers. People coming here now from the EU know free movement means that they can, broadly, stay as long as they like. Those entering from outside will do so under a specific set of conditions on what they can do, how long they can stay and so on.

But it’s looking increasingly likely that we won’t know what the post-Brexit immigration system is going to look like for some time. The government has just delayed its planned White Paper until the end of this year. That means that we’d be telling EU citizens that they can come here with no restrictions at all in 2019 and 2020, but that there are no guarantees after that.

Universities, for example, will start in the summer of 2018 to look for academic staff to arrive in 2019; what will we tell potential recruits from elsewhere in Europe? The inherent uncertainty under May’s proposed policy would be deeply damaging to employers and business, especially those looking to recruit skilled workers. As I said to the European Parliament when testifying on this issue recently,

“A position where EU27 citizens considering a move to the UK after Brexit Day—whether for work, family reasons, or any other reason—do not know what their legal status will be less than two years later is unacceptable. If the UK does not want those arriving after Brexit Day to have the right to apply for settled status, it will have to set out a practical alternative.”

Even more serious are the consequences for the administration of the UK immigration system. The December EU deal means that the Home Office is committed to implementing an entirely new, streamlined system for EU citizens already living in the UK; they will have to apply either for “settled status” or for a temporary residence permit that, once they reach five years of residence, will entitle them to settled status.

Overlaying this already challenging agenda—and remember that the press, not just here but elsewhere in the EU, will be watching for any signs that this is going off track—with yet another complex set of administrative processes and new IT systems is the last thing the Home Office needs.

So it’s no surprise that the Times yesterday reported that when setting out her uncompromising position the PM had overruled Home Office advice that—regardless of what is negotiated with the EU—they would struggle to implement her desired policy. Or that officials told the Times that nobody had any confidence that the new system would be ready. Nor that Amber Rudd, when asked by Andrew Marr, pointedly refused to confirm that the PM’s red line was indeed a red line (or even a sensible policy at all…)

So what? On one level, perhaps this is something of a storm in a teacup. Despite some characteristically dishonest scaremongering from Migration Watch, there’s little to suggest that there will be a flood of new immigrants from the EU during the transition period seeking to take advantage of any concession on this issue; immigration, especially from the EU, has already fallen significantly since the Brexit vote, and so has public concern.

In the end, just as with other UK negotiating positions, we will probably concede on the substance, perhaps with some technical figleaves to avoid embarrassment.

But the broader point is what this episode tells us about the way the government in general, and Theresa May in particular, are approaching Brexit. We are in the middle of a set of very difficult negotiations, whose outcome will have huge implications for the future of the UK. Our negotiating position is objectively weak and getting weaker as time goes by. And, in the middle of this, the PM chooses to highlight, as a key negotiating objective, a position that the responsible minister and department not only don’t want, but don’t think is even deliverable.

And, of course, those responsible for the talks both in Brussels and the rest of the EU can see exactly what is going on. This hardly bodes well.

By Professor Jonathan Portes, senior fellow at The UK in a Changing Europe. This piece originally featured in Prospect.