May’s offer to compromise with Corbyn isn’t a trap. It’s an escape hatch 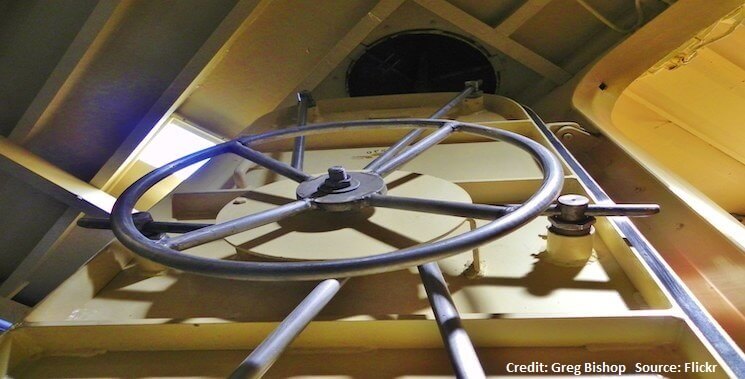 Jeremy Corbyn is usually said to be guided by two key objectives on Brexit. First, to ensure it happens. As a matter of principle, he is a eurosceptic in the Bennite tradition; as a matter of pragmatism, he has (misguided) concerns about being seen to betray Leave voters in Labour’s ‘left behind’ heartlands.

But his second aim is to deliver Brexit without being seen to be responsible for it. His support base is overwhelmingly pro-Remain, and he has also (not at all misguided) concerns about Labour’s support in metropolitan constituencies.

The question of whether Labour should support a second referendum has crystallised this dilemma. Yet the dilemma is not really whether Corbyn wants to stay in the EU or not, but rather how he could possibly conduct another referendum campaign on EU membership without the contradictions within ‘Corbynism’ being fatally exposed.

So, Corbyn is clearly taking a little baggage into the talks with the Prime Minister. At the same time, however, the talks offer the ideal mechanism to play his get-out-of-referendum-free card: the demand for a general election.

Labour has crafted a policy in which a second referendum is Plan B, with Plan A forcing a general election.

This election-first policy is the ideal political fudge, offering Labour Remainers something arguably even better than a second referendum, while offering Leavers the prospect of a ‘Labour Brexit’. Few have a firm grasp on how to secure the long Article 50 extension that would make either of these scenarios possible, but nevertheless, the policy has just about held Labour together in recent months.

For Corbyn, however, the policy is not really a fudge at all. Forcing a general election should not be seen as a tactic, rather Corbyn’s be-all-and-end-all.

It is worth noting that Labour’s Plan A should already have been abandoned, since May has won confidence votes on her own benches, and across the Commons as a whole. There is also the inconvenient truth that Labour would, in all likelihood, lose a general election, if the Conservatives were led by May or a palatable alternative.

Why has May initiated the talks with Labour? Her own be-all-and-end-all is now the passage of the withdrawal agreement. By offering to co-operate with Labour, she can blame the opposition if she fails, or indeed for the compromises that will be necessary to succeed.

It won’t work. No deal remains the most likely outcome, and I doubt very much the buck will stop with anyone other than May.

For what it’s worth, I have never bought the argument that May is a terrible politician. In securing the end of free movement – her main policy objective – the withdrawal agreement was a remarkable achievement, given the incredibly difficult circumstances.

But May has a blind spot: she has never quite grasped the fatalistic sentiment underlying Corbyn’s politics, and Corbynism – a mirror image of the fetish for ‘disaster capitalism’ in her own party. The normal rules of politics in Britain no longer apply.

Crucially, May’s lack of comprehension in this regard was the reason she put her faith in the Tories’ enormous poll lead in 2017, discounting the risks of holding a general election amid such existential strife in British politics.

The withdrawal argument was actually perfectly crafted to secure Labour’s support; the Chequers plan told us she knew she could never satisfy the ERG. Despite the prevailing media narrative, and the need to keep up appearances for the sake of party unity, she effectively gave up on securing ERG support after she lost her majority in 2017.

However, she has been flummoxed by Labour’s intransigence. The only substantial argument Corbyn has made against the withdrawal agreement is one of process, not content: May has apparently failed to ‘reach out’.

But how else to explain the UK-wide ‘backstop’, which encapsulates Labour’s preferred form of Brexit, or the deliberately vague political declaration, which would give a future government, of either party, scope to shape the more important future trade arrangements?

Accordingly, at every vote on her withdrawal deal, May has anticipated Labour’s support, or at least acquiescence, and been disappointed each time. So, she now finally assumes the pretence of ‘reaching out’, knowing there is little of substance in the professed differences between the opposing front benches.

Again, however, she will be disappointed. Corbyn has to play along, to mitigate May’s crude attempt at blame-shifting.

But he cannot sanction her deal, partly because it would facilitate an orderly Brexit which might see the prospect of a general election recede, and partly because internal Labour dynamics would demand any deal thrashed out in the Cabinet Office would be subject to a confirmatory public vote – with revoking Article 50 on the ballot.

Where does all of this leave us? We are probably going to end up in the territory of ‘binding indicative votes’ – at which point the political calculus shifts significantly.

May will hope this offers another opportunity to pass her deal. Corbyn knows it is more likely that the process will fail to produce a decisive result of any kind – and may even seek to craft the options offered in a way that makes failure more likely.

If the binding indicative votes process fails, then a general election will surely be unavoidable – and made possible by the probable passage of the Cooper-Letwin bill, which will give MPs the power to dictate the length of next Article 50 extension the government can request from the EU.

There would remain the thorny issue of whether, if we do get to binding indicative votes, a second referendum would be among the options put to MPs.

At this stage, it seems May might be willing to concede a confirmatory vote, if linked to the Commons passing her deal (either by agreement with the Labour leadership, or through the binding indicative votes process). But she will not agree to a second referendum being a standalone option put to MPs.

Will Corbyn insist? He will be reluctant, but would he risk infuriating his pro-Remain MPs, including some of his main shadow cabinet allies?

It might not matter. I suspect that, even if a second referendum were an option, it would not secure a majority, even with Corbyn’s formal backing.

Some Labour MPs, like most Conservatives, will never support a second referendum. And Corbyn will have created just enough confusion around whether Labour’s election-first policy still stands, thereby undermining the ‘last resort’ rationale for a referendum that many Labour MPs have been clinging onto.

So, assuming the talks kill off May’s deal for good, and the subsequent parliamentary process produces no actionable outcomes, Corbyn might get his general election. But a no-deal Brexit could well be the price.