Media reactions to Brexit: the UK, Spain and Ireland compared 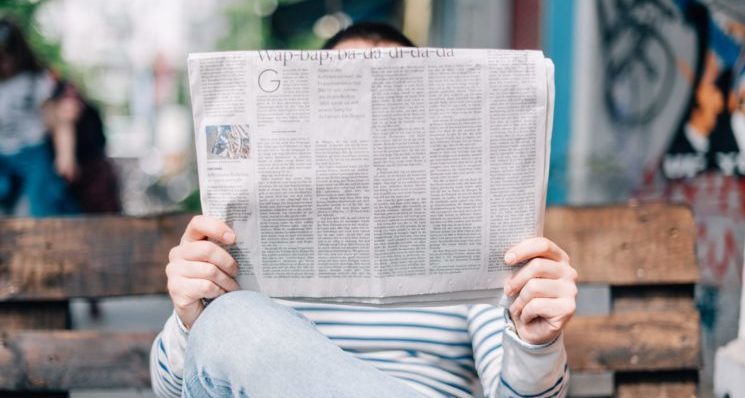 Throughout the Brexit process, the evident mismatch of expectations between the EU and the UK has borne all the hallmarks of a ‘dialogue of the deaf,’ in which each side adopted negotiating positions based on assumptions that were not shared by the other.

Since it can be argued that the media provide a kind of ‘echo-chamber’ in which deeply-held views are reinforced, conflicting perspectives on Brexit were examined in three national newspapers: the Daily Telegraph (UK) the Irish Times (Ireland) and El Pais (Spain), during two brief, but eventful, time-periods (December 2018 and July 2019).

The concept of framing refers to the tendency of the media to project a specific version of events in order to convey a message to its target audience.

Whatever the specific media output may be (TV, radio, newspapers) the frame performs several functions.

It defines problems; it diagnoses causes; it makes moral judgements; and it suggests remedies.

In a political context, framing is built on salience: thus certain pieces of information are made more conspicuous, significant, or memorable.

Framing is clearly important in the process of political communication. Politicians use certain words to evoke specific responses.

In this way, framing exercises a major role in the projection of political power and influence.

News reports are especially prone to being framed either for reasons of simplification, or on account of the political bias of the media outlet.

The frame suggests what the controversy is about, the essence of the issue.

For the Daily Telegraph, blame for the difficulties faced by May at the December summit could be laid comprehensively at the door of the EU.

The language used placed the EU in a negative light: the latter was accused of a reluctance to debate.

May faced a ‘strong rebuttal’ and was left with ‘a mountain to climb’ (Daily Telegraph 13 December 2018).

The Prime Minister was said to be ‘humiliated’ by the EU and the EU Commission President had ‘stuck the boot into Mrs May’ (Daily Telegraph 14 December 2018).

Moreover he had ‘raised eyebrows’ by wearing a green tie in a ‘ show of Irish support’ (Daily Telegraph 14 December 2018).

By contrast, the Irish Times account of the 2018 summit offered a different narrative: the unpredictability of the situation in London and a feeling that the EU could not be expected to solve May’s parliamentary problems were emphasised.

The tone of exasperation evident in the Irish Times framing of the summit was given added impetus by dismay at the ‘breath-taking ignorance’ of UK policy-makers regarding Ireland; and the evident need for MPs to have a ‘crash course’ in Irish history.

Thus, if we compare these two newspapers directly we see one portraying the EU as being unreasonable and the other blaming the UK for its reluctance to make constructive proposals.

Reflecting its geographical distance and relatively less involvement in the Brexit saga, El Pais adopted a more ‘European’ focus in its analysis; and presented both the UK and EU positions in a balanced way.

However, there was considerable emphasis on May’s weakness as a leader, with her being variously described as ‘little more than a living corpse’, ‘stumbling’, adopting ‘a mendicant posture’; and ‘standing between farce and tragedy’ (El Pais 14 December 2018).

This picture was balanced by a carefully argued rationale for not opening the Withdrawal Agreement, not least because Spain would itself require a new wording on Gibraltar.

Moving forward, the election of Boris Johnson as leader of the Conservatives was greeted with considerable enthusiasm by the Daily Telegraph.

The narrative conveyed by the paper was that this was the opening of a new era in Britain’s history.

Johnson was described as an ‘exciting and charismatic leader’ a ‘ray of sunshine’, and a ‘cosmopolitan centrist’.

Johnson would make Britain the ‘greatest place on Earth’.

Even a potentially embarrassing nocturnal altercation with his girlfriend was brushed aside in favour of an argument that Carrie Symonds was ‘smartening up his image’ and (with no evidence) helping to ‘win over female voters’ (Daily Telegraph 24 July 2019).

The new vocabulary was deliberately pugnacious: Johnson would ‘turn the heat up on Europe’; his Foreign Secretary Dominic Raab with his ‘judo black belt’ would ‘carry the fight to Brussels’; while his new advisor Dominic Cummings would ‘leave blood on the floor’. Johnson had picked ‘a stellar Cabinet’ (Daily Telegraph 25 July 2019).

The reactions of the Irish Times to the arrival of Johnson contrasted sharply with those of the Daily Telegraph.

Johnson had indulged in a ‘vengeful purge’ resulting in a Cabinet that was ‘third rate, lightweight, and schoolmate’.

His debut in the Commons, described as a ‘bravura performance’ by the Daily Telegraph was seen as shameful, where he ‘employed the lowest tricks of a debating society’ (Irish Times 26 July 2019).

Much was made of his claim to be like Churchill, to which the Irish Times retorted: ‘what would Churchill think of this cast of ignoramuses?’

The overall tone of the Irish Times reporting was that Dublin held the moral high ground, aided and abetted by the EU: ‘we are calm, we are stable’ opined Leo Varadkar (Irish Times 25 July 2019).

The perspective of El Pais contrasted with both the Irish and British media.

The paper’s pro-European stance, reflecting both its own orientation, as well as the EU credentials of Spain itself, was most concerned with the broader effects of Brexit on the European project.

In particular, and unlike the other two papers, El Pais noted that the proposed date for Brexit coincided with a time of much upheaval in Brussels itself.

That said, much of the Spanish coverage was to dissect intrinsic contradictions in Johnson’s policies, as well as deploring Britain’s decline, economically and diplomatically, on the world stage.

Framing involves emphasising aspects of perceived reality to convey a political message to a readership that generally seeks to have its prejudices and beliefs reinforced so as to avoid cognitive dissonance.

As we have seen, a specific vocabulary is deployed to suggest how a political phenomenon is to be understood, explained, and evaluated.

By selecting three influential newspapers, from three different countries, it was intended to illustrate how the same events can be perceived quite differently.

These perceptual differences have been especially salient in the Brexit saga where a ‘dialogue of the deaf’ has characterised interactions between the UK and the EU for the last three years.

By Edward Moxon-Browne, Professor of Political Science at the University of Limerick.