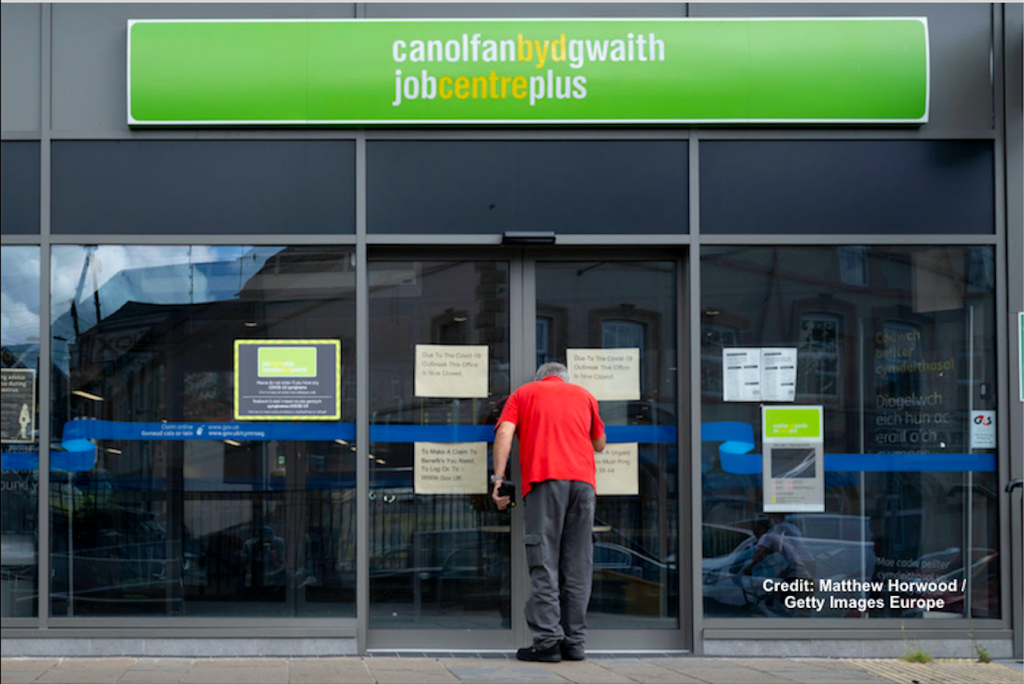 “We are meritocrats,” declared Tony Blair in his adoption speech as candidate for Sedgefield in 2001. Nearly two decades later, on 13 December 2019, Boris Johnson travelled from Westminster to Sedgefield as the newly elected prime minister.

He was the first Conservative party leader to win the former mining town since 1931. In a victory speech in his predecessor’s former constituency, he declared his aim was to “spread opportunity to every corner of the UK”.

Meritocracy – the idea that our system gives everyone an equal opportunity by giving out what we are able to put in, through our innate ability or hard work – has been a central part of the UK’s political consensus for decades.

So it may seem odd that this simple way we think about the just distribution of reward and status, something most of us agree on, should be one of the key reasons why, in that intervening two decades, Tony Blair’s old constituency turned blue.

A heterogeneous group of authors – from the American political philosopher Michael Sandel to the British polemicist David Goodhart – have recently critiqued meritocracy and its impact.

Simply put, one of their key findings is that when people feel as if they have been bracketed into a lower social status – a status centred on educational achievement and cultural status, distinct from their job or how much money they have – that has important psychological effects.

A belief in meritocracy among those low-status groups is linked with lower self-esteem and self-blame, feelings of vulnerability and even, in one study, higher blood pressure.

A new working paper by social policy academic Erzsébet Bukodi and sociologist John Goldthorpe of Nuffield College, Oxford, subjects some of their claims to social scientific analysis. Their trawl of the literature provides some fascinating findings.

Not least, they find the evidence is now clear from multiple studies: controlling for other factors, populist support is associated with the low social status of those seen to have failed the “merit test”.

This has significant electoral consequences, namely a rise in support for authoritarian populism. We have seen the practical impact of this driver of populist politics, not least in the outcome of the 2016 referendum. In party politics, following Brexit we have seen the emergence of new coalitions based around values linked to status and education (the liberal-authoritarian divide, in social science parlance) from values linked to class (the familiar left-right divide).

And with significant consequences. Socially authoritarian, working-class voters in Sedgefield used to vote for Tony Blair. Now they vote for Boris Johnson.

The authors acknowledge that the evidence is less compelling when it comes to how a failure of meritocracy leads to status discontent. Bukodi and Goldthorpe draw on focus groups carried out by the pollster and author Deborah Mattinson to posit a possible link. This section of the public hears the language of meritocracy.

They even might believe in it in theory. Yet they can see with their own eyes something different. The playing field had not been levelled up. These focus groups provide ample evidence of anger about a lack of opportunity, and criticism of what one might call the “cognitive elite” – or the “meritocratic winners”.

This link between status discontent and populism might be taken to imply that meritocracy has had its day. But the picture is not quite as straightforward as that. Recent work we’ve carried out underlines just how embedded the notion of meritocracy is.

There is, our report states, a “general belief among the British public that our own efforts are key to getting ahead in life”, with 76% viewing hard work as essential or very important in determining success. 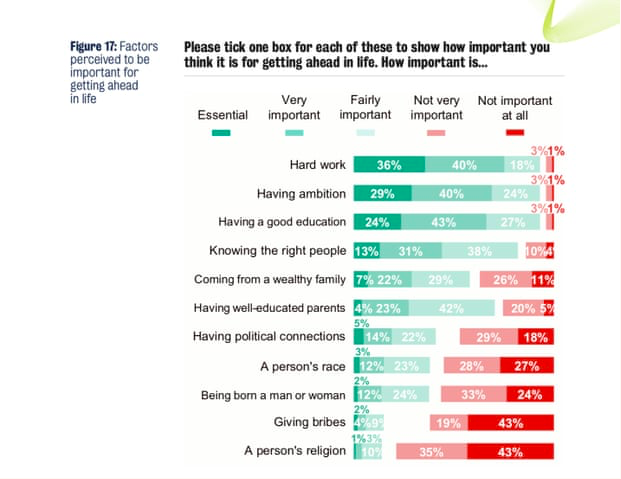 In more specific terms, what, then, does this mean in the middle of a pandemic? The answer provided by our recent survey was striking: the public were more likely to say those that have lost their job during the pandemic were not unlucky. They deserved it.

Nearly half of us think that poor performance explains why someone may have been laid off during Covid-19. Only 31% think luck might have something to do with it. The pandemic was not “the great leveller”. It chose its victims on the basis of merit.

In part, this process has been managed through the furlough scheme – an unprecedented experiment in retaining people’s social status while they have been out of work. The success of the furlough scheme lies in the fact it sits outside the logic of meritocracy. Only one in four of the public thinks the furlough scheme encourages reliance on the state, and just under half – 49% – say they disagree.

Yet, when it comes to unemployment benefit, the opposite is true – with the public by near-identical margins saying that unemployment benefit makes people more reliant on the state. This dissonance can be explained by the fact that only one of these government schemes has been soaked in the language and logic of meritocracy for decades.

The question is what happens if these people now on furlough – disproportionately not graduates – emerge into a world of economic crisis and rising unemployment. The answer, for better or worse, is unlikely to challenge the view that hard work, a good education and ambition are what it takes to get on.