Merkel’s retreat is a major shift for Germany, not for Brexit 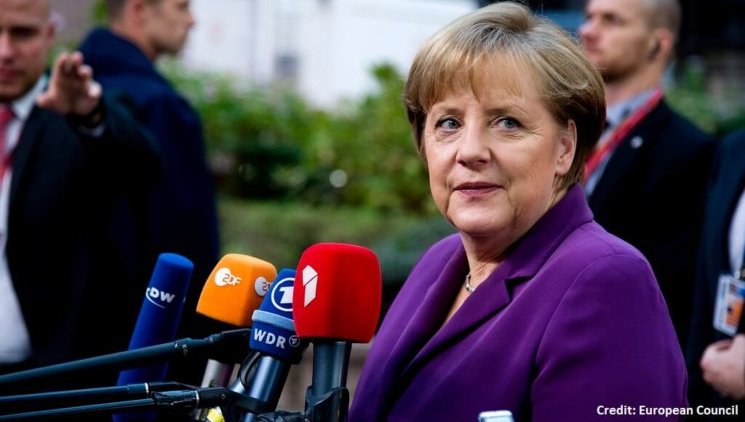 Angela Merkel’s announcement that she will step down as party leader of the Christian Democrats (CDU) signals the end of an era for Germany’s political landscape, but it does not automatically translate into a sudden change in its foreign policy. From Britain’s point of view, it is essential to distinguish the short-term implications of Merkel’s decision from the long-term consequences it may have for Europe and the Anglo-German relationship.

There will be no or very little impact on the current negotiations about the Withdrawal Agreement which is indispensable to avoid a No-Deal Brexit in March 2019. For now, Merkel remains chancellor. And even if the German government were to unravel over the next few months, and someone else were to replace her, Merkel’s priorities for the Withdrawal Agreement are shared widely across Germany’s political spectrum: EU27 cohesion and single market integrity come first, the Anglo-German relationship second.

The more relevant question for the British government is how this shift in Germany’s domestic politics may affect the European Union in the long run. Assuming that an agreement on Brexit is reached by March 2019 and that it passes Parliament, the details of Britain’s future economic, political and security relationship with the EU will take years to negotiate.

Not to mention the – admittedly very remote – possibility that a People’s Vote might cancel Brexit altogether. What kind of Europe will Britain be dealing with? The EU is currently facing great challenges, such as the fragility of the eurozone, the rise of populism in several member states, and migration. The French President, Emmanuel Macron, has just lost his partner of choice for an integrationist European revival. It is in this context that Merkel’s potential successors become interesting for Britain.

Annegret Kramp Karrenbauer, until now General Secretary of the party and a supporter of Merkel’s policies, has so far had little to say about Brexit apart from the usual expressions of regret about the British decision to leave and an unspecified hope for a continued friendly Anglo-German relationship. As former chief minister of the Saarland, she has always been close to France, both geographically and in spirit.

She has also expressed her admiration for Emmanuel Macron and for the French people, because they – in contrast to the British – displayed their commitment to the European idea by electing him as president.

Kramp Karrenbauer’s competitor, Friedrich Merz, takes a greater interest in the United Kingdom. The Chancellor manqué of the frustrated business-friendly wing of the CDU is very much aware that Brexit is bad news for Germany. Not just because it presents a major blow to the European idea, of which Merz is a supporter, but because it entails the loss of a major contributor to the EU budget.

Most likely, it will be up to Germany to compensate for this. In 2017, Merz still expressed his hopes that Brexit might be reversed, but now that Britain’s departure in March 2019 looms nearer, he takes a more pragmatic view. If Germany has no choice but to live with Brexit, it might as well make the most of it.

In January 2018, the state government of North Rhine Westphalia appointed the free market enthusiast Merz as their ‘Brexit commissioner’. Since then, he has tried to persuade companies, banks and investors who are pulling out of Brexit Britain to relocate to Germany.

The third contender for CDU party leadership, Jens Spahn, is the most conservative and eurosceptic among them. He has dismissed ‘utopian’ dreams to create the ‘United States of Europe’ and called for pragmatic intergovernmental cooperation between EU governments. He has also urged the EU27 not to ‘act like the mafia’ in its dealings with Brexit Britain.

But even if Spahn were to succeed Merkel, there is no reason for the Brexiteers to get their hopes up that Germany’s position on the Withdrawal Agreement might soften. Spahn regards the indivisibility of the four freedoms of the single market as the ‘core’ of the European Union.

He may be sympathetic to Britain’s plight and critical of Macron’s grand integrationist plans, but he will not deviate from the German consensus that the basic principles of the single market take priority over accommodating the British government.

British hopes that Germany might single-handedly remove the major stumbling blocks of a Brexit deal have always been based on a misconception of Germany’s European policy.

It is one of the many ironies of the Brexit debate, that the same people who regarded Germany’s supposed dominance of the EU as a reason to leave, have since the referendum argued that Britain could rely on Germany to get the Brexit deal they favour.

As long as the German government is presented with what it perceives as a choice between punishing Britain for Brexit or punishing the EU for it, there can be no doubt about its decision.

If Merkel’s retreat has any immediate consequence for Brexit at all, it is the fact that it leaves even less time and political capital for her government to invest in the negotiations. Now officially in the swansong of her chancellorship, Merkel has lost whatever sway she may have had over the rest of the EU27.

Introspection is the order of the day in German politics. What has been true all along is even more relevant now: British attempts to persuade the German government to act as a broker for Britain within the EU27 are a waste of time.

It is Michel Barnier and his team that they have to deal with if they want to avoid a No-Deal scenario. Time is of the essence, and there is no point in waiting until the dust settles in the German CDU.

Dr. Helene von Bismarck is a German historian and author specialized in Britain’s interactions with the wider world. Her first book analyzed Britain’s imperial role in the Persian Gulf during the 1960s (Palgrave Macmillan 2013). She is now working on a book about the relationship between Margaret Thatcher and Jacques Delors.