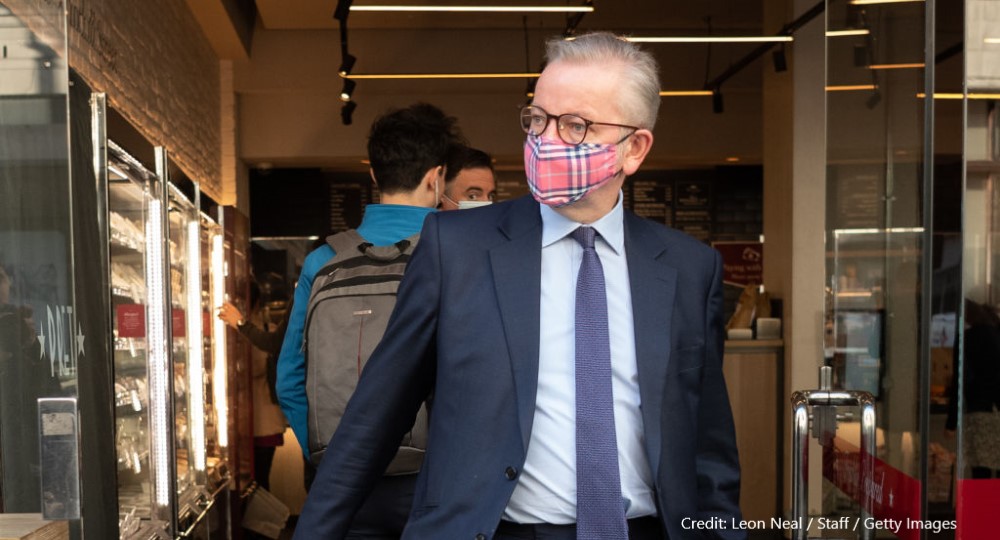 “Independence would cost Scotland far more than Brexit, study finds.” Striking enough in itself, all the more so when you realise the quote is a tweet by Michael Gove.

The multiple layers of irony here are breathtaking, and we’ll get back to that in a moment.

However, the bigger point here relates to the nature of our political debate and specifically to the role of experts within it.

The Brexit debate should have taught all of us some valuable lessons. Early signs, however, are that we may have failed to learn them.

If only there were a prize for the most irony crammed into a single tweet. Note Mr Gove’s implicit acceptance that Brexit does indeed carry an economic cost. Then his reliance on precisely those “experts from organisations with acronyms” he had previously scorned (here the Centre for Economic Performance at the London School of Economics).

And bear in mind that those experts, and those models, were precisely those that showed Boris Johnson’s “fantastic” Brexit deal would reduce the UK’s trade with the EU by about a third.

So far, so bizarre. But it gets still more depressing. Responses to the LSE study from supporters of Scottish independence followed precisely the pattern we have come to recognise from our experience over the last five years. Personal attacks on the researchers, accompanied by claims that they were some how biased.

More substantively, there were three familiar claims. First, that forecasts are always wrong. Second, that, whatever economists might say, it would be in the mutual interest of both sides to continue to trade more or less as now.

Specifically, because of the UK’s supposed dependence on Scottish energy and water supplies, there will be no new trade barriers between England and Scotland, while clever ways can be found to avoid a border between Scotland and England.

And third, that the modelling ignored the many and varied ways in which Scotland, once independent, would be able to improve its economic position by doing things differently.

These arguments were questionable in 2016. They are all the more so now. It’s true we still don’t know what the long-term economic impact of Brexit will be.

But so far, the forecasts have proved surprisingly accurate – the best estimates are that the uncertainty that followed the referendum has cost us 2 to 3 per cent of GDP, and the early signs are that the new trade barriers that were introduced on January 1 2021 are having precisely the impacts we expected.

And those trade barriers exist precisely because the UK did not “hold all the cards” and because the EU was prepared to defend its interests even if that necessitated some painful adjustments. Moreover, as recent headlines have made clear, the EU will insist on borders to protect the integrity of its single market, however disruptive these may prove to be.

And finally, for all the claims that regulatory independence might make up for any economic impact of new trade barriers, there is precious little sign of this being the case. This does not mean that Brexit – or Scottish independence – are necessarily bad ideas. But it does imply that the advantages are not to be found in short-term aggregate economic gains.

So does this all mean – as some commentators have predicted – that “experts” – economists and other social scientists – have nothing useful to contribute to the Scottish independence debate, because the same zombie arguments and deflections will simply reappear in a different form?

Not necessarily, but lessons will need to be learned. First, models and forecasts are not enough. We must find ways to communicate the results of our research that resonate not just with fellow researchers but with the public.

It remains the case that “spreadsheets are people too”, but we must accept that anecdotes and specific cases are often a more effective way of getting the message contained in the data across.

News reports of fishermen who can no longer sell their catch to continental Europe have done far more to explain the reality of trade barriers than academic papers.

Second, we need to call out exaggeration and scaremongering from all sides. The Brexiteers’ criticism of “Project Fear” had some truth to it: George Osborne’s misuse of the Treasury to produce obviously politicised “analysis” will no doubt be repeated in a future independence campaign, and economists should not be afraid to say so.

Third, we should make clear the limits of our knowledge. Leaving aside the disputed issue of whether Brexit made it easier, legally or politically, for the UK to go its own way on vaccine procurement, nobody on any side of the debate can claim they anticipated just how important it would prove to be.

Similar issues may arise in respect of Scotland. It would be absurd to claim that Scotland could not do things differently should it become independent, even if the notion that this might compensate for trade-related losses will need to be illustrated and not just asserted.

But the onus is not simply on academics to do better. A degree of honesty, as we’ve argued before, will allow everyone to understand and, if necessary, prepare for, the implications of whatever is decided.

Vote Leave and successive UK governments signally failed to accept that Brexit would mean, at the very best, difficult and painful trade offs, with real losers.

If the proponents of independence want not just to win a referendum, but to make a success of it, then they could start now, by recognising that independence will have real costs and downsides, and engaging with, rather than vilifying, those who point that out.

Similarly, on the unionist side, that means using research and analysis to inform and validate their political arguments, rather than trying to weaponise them or claim that the laws of economics mean that an independent Scotland cannot be successful and prosperous.

Not least, as for many people, as we have learned, these questions cannot simply be boiled down to economics.