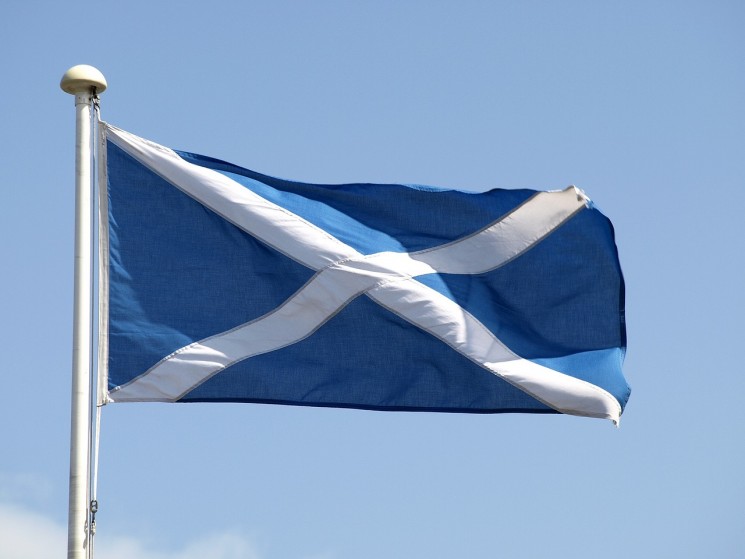 One of the points of contention between the two sides of the EU referendum debate is whether a vote to leave the UK would potentially constitute a threat to the future of the Union. The former Conservative leader, Lord Hague, was accused by those in the Leave camp of peddling a scare story when over Christmas he suggested people should vote to Remain because otherwise Scotland might vote in favour of independence in a second referendum. Today, a pair of polls, conducted by Panelbase for the Sunday Times, one for Scotland and one for Great Britain as whole, shed new light on this point of dispute.

Two ‘facts’ lie behind the argument. First, polling consistently shows that support for Remain is higher in Scotland than in England, and thus the UK as a whole. It therefore seems quite possible that a narrow vote to Leave could be accompanied by a majority vote north of the border to Remain.

Second, the SNP, who, in contrast to the position the party adopted in 1975, are campaigning for a Remain vote, have indicated that they might attempt to hold a second referendum on independence should the UK indeed vote to Leave and Scotland vote to Remain (assuming they win a second majority in this May’s Scottish Parliament election). The SNP leader, Nicola Sturgeon, has argued that such an outcome could constitute a ‘material change in circumstances’ that would justify holding a second independence referendum.

However, what, has so far been missing is any evidence on whether those who are currently inclined to vote No to independence but to Remain in the EU would switch to backing Yes to independence in the event of a UK-wide vote to Leave. A Leave vote could only potentially represent a threat to the maintenance of the Union if that were indeed the case.

So what evidence do today’s polls bring to this issue? First of all, they reaffirm that there is a possibility that Scotland could vote quite comfortably to Remain while the rest of the UK opts to leave.

Today’s GB-wide Panelbase poll – conducted over the internet – puts Leave slightly ahead, with 52% of the vote (once Don’t Knows are left to one side). This is the first time that Panelbase have asked referendum voting intention in a GB poll, so we cannot say whether it represents a movement towards Remain or Leave. But it is in line with the results of another internet poll – by Survation for the Mail on Sunday – that has also been published today, which puts Remain on 47% and Leave on 53%. So, in short, today’s Panelbase poll is not unlike many another internet poll in suggesting that the EU referendum race is tight, and it is by no means alone in suggesting that Leave might be slightly ahead.

However, the picture in Panelbase’s Scotland poll is very different. Here just 35% say that they will vote to Leave, and thus Remain are on 65%. This represents an 18 point difference as compared with the figures for England alone in today’s GB-wide poll, not dissimilar from what has been uncovered on previous occasions when the same polling company has asked referendum vote intention at more or less the same time on both sides of the border. Indeed if we compare today’s Survation GB-wide poll, with onethat the company did in Scotland for the Daily Record just a few days earlier, there is equally a 19 point difference between the figures for Scotland and those for England. Panelbase’s Scotland reading is also virtually identical to the result that it obtained when back in July they asked in a similar Scotland poll what eventually proved to be the question on the referendum ballot paper.

Second, Panelbase report that if a Scottish independence referendum were held now, slightly more (53% once Don’t Knows are left aside) would vote No rather than Yes (47%). While this represents a two point swing to No since the last occasion that Panelbase addressed the issue in November, it is identical to the result that it obtained in both July and September. In short, much like most other recent polls, Scotland emerges as almost evenly divided on the question of its constitutional future, and thus it would not take a great deal to tilt the balance in favour of Yes to independence.

Third, it appears that a Leave vote in the EU referendum could indeed tilt the balance in any second ballot on independence. For when Panelbase asked their Scottish respondents how they would vote if a majority across the UK as a whole were to vote to Leave, 52% said they would vote Yes, 48% No. In particular, whereas at the moment 49% of Remain voters would vote No to independence, that figure falls to 39% in the wake of a UK vote to Leave. So whereas a ballot held now would probably see the decision on independence made in September 2014 (narrowly) reaffirmed, a ballot held in the wake of a Leave vote might produce a majority vote for independence.

But only just. A 52% vote for independence is still well below what we were advised last autumn the SNP would be looking to see in the polls, that is 60% support for independence, before it would be willing to take the risk of holding a second independence ballot. Meanwhile, we cannot of course be sure that voters are accurate in forecasting that they might change their minds. In particular, while it is perhaps not surprising that Liberal Democrat supporters appear particularly likely in the poll to switch sides on the independence question should the UK vote to Leave – their party has, after all, long been the most Europhile – it is rather less obvious why the switch is also relatively strong amongst those who say they did not vote in last year’s general election. They, at least, might not prove the most fervent or reliable of converts.

So, in truth, Panelbase’s polling fails to provide a clear endorsement of anyone’s stance on the implications of a vote to Leave the EU. Yes, there is reason to believe that some voters might switch sides on the independence question, and given how evenly balanced Yes and No supporters currently are, that could be enough to tilt things in favour of independence. But, equally, it is not clear that sufficient numbers of voters would be moved for Nicola Sturgeon to want to take the risk of holding a second referendum in the first place. It looks as though the debate will continue!

This post also appears at whatscotlandthinks.org which provides a comprehensive collection of data and commentary on the constitutional debate within Scotland, together with the analogous debates in England and Wales.

Today’s two GB-wide polls move our Poll of Polls from Remain 55, Leave 45 to Remain 51, Leave 49. This looks like a dramatic shift to Leave. But it should not be regarded as evidence of a significant shift in the balance of opinion. As is now a well-established pattern, telephone polls of EU referendum vote intention are consistently producing a higher vote for Remain than are those conducted over the internet. Today’s polls were both conducted over the internet and have displaced two earlier polls conducted by phone from the series on which the calculation is based. All that has happened is that the Poll of Polls has returned to the level at which it was when it was last based wholly on polls conducted over the internet (see the reading in the time series chart dated 6 December 2015).

True, today’s poll from Survation does represent a two point swing in favour of Leave, as compared with the company’s last poll at the beginning of December, but it is exactly in line with a reading the company obtained in mid-November. So even on its own it does not represent much evidence of a shift in opinion. The Mail on Sunday was perhaps not particularly helpful to its readers in comparing the results of today’s poll with one that had a Remain lead that was done (using a different question wording) as long ago as last May.

The Survation poll is otherwise of most interest because it attempts to ascertain how much impact it might have on voters if Boris Johnson and/or Theresa May were to lead the Leave campaign. The answer seems to be not a lot. When voters’ preferences are not weighted by their reported likelihood of voting and Don’t Knows are not excluded, the poll gives Leave a two point lead on the standard referendum question. Asking voters how they would vote if Mr Johnson were leading the Leave side increases that lead to six points while a Leave campaign headed by Mrs May alone is given a four point lead. These are markedly smaller effects than we have seen when polls have asked voters what they would do if Mr Cameron were to pronounce that he had secured a good deal for Britain in the current renegotiations of Britain’s terms of membership. Perhaps these Tory ‘big beasts’ are not so big after all.

This piece was written by Professor John Curtice, senior fellow of the UK in a Changing Europe. It was originally published in what UK thinks EU