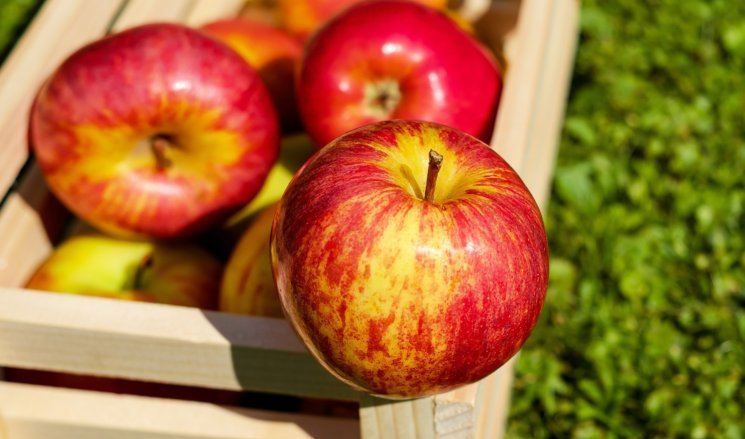 Seasonal migrant labour, particularly from the EU, is used extensively in the field vegetable, top  (e.g., apples) and soft fruit sectors of the UK agriculture. Although most fruit and vegetables are imported, a reduction in domestic supply because crops could not be planted or harvested would impair the reliability of supply and tend to push up prices for the consumer.

Although there is mechanisation in the sector, a considerable amount of labour is required to operate the picking rigs. This also applies to the washing and packaging of crops. Experiments are being conducted with robotics, but their widespread use is a long way off and would involve considerable expense.

Producers in these sectors are under considerable pressure from the supermarkets to keep prices down whilst maintaining product quality. The introduction of the living wage has already hit margins, particularly in Scotland where there is no reduction in the rate paid for younger workers.

In addition, a survey by the Royal Association of British Dairy Farmers has revealed that one-third of dairy farmers in the UK rely on migrant workers. These workers are not seen as transient or seasonal workers but rather permanent members of the team. Many of the farmers questioned cited a poor work ethic by British workers whereas migrant workers were seen as hard working.  About fifty-seven per cent of migrant workers in dairy farming are from Poland, with a significant number from the Baltic states, especially Latvia. However, migrant workers are also employed from non-EU countries, especially the Philippines and New Zealand.

Migrant workers in farming are seen to have a number of advantages by employers compared to dipping into the local unemployed pool. ‘[M]igrants were said to be more likely to: demonstrate lower turnover and absenteeism; be prepared to work longer and flexible hours; be satisfied with their duties and hours of work; and work harder in terms of productivity and speed. According to some employers, the more favourable work ethic of migrant workers ‘encouraged domestic workers to work harder.’

Recruiting and retaining British workers is not easy. ‘The farms are not normally in high unemployment areas; British workers are reluctant to live on the farm; and growers state that British workers either cannot or will not work at the intensity required to earn the agricultural minimum wage. At present British workers have little incentive to ‘come off social security benefits for seasonal work’. In addition, ‘Farms are often located in relatively isolated locations with poor public transport. It was also reported, especially in rural areas near large cities, that villages have become wealthier and dormitories for commuters; hence, ‘there are fewer people looking for work locally or prepared to take the types of jobs on offer.’

The work demands considerable stamina, can often start early in the morning and may require night shifts. ‘The work is generally manual, repetitive and physically demanding, often in uncomfortable conditions. Picking salads or cabbages in the fields can be cold, wet and muddy. The picking rigs are noisy and move at a constant and relentless rate. Picking strawberries and raspberries in glasshouses can be hot and requires dexterity. The packing rooms are noisy and cold.’

For a long time, the need for migrant labour was met by the Seasonal Agricultural Workers Scheme (SAWS). This was in existence in one form or another for over sixty years. In 2003/4 there were 25,000 places on the scheme. In 2005 this was reduced to 16,250 following the accession of eight East European states to the EU. From 2008 the scheme was only open to workers from Bulgaria and Romania (A2). The number of places had to be increased by 5,000 after labour shortages in 2007 and 2008 which saw crops left in the ground and produce having to be imported to fill supermarket shelves. The scheme came to an end in 2013 when A2 workers no longer had any restrictions on where they could work in the EU.

Many of those who came under the scheme were students in search of summer work with no intention of settling permanently. They were also interested in improving their English language skills and the better producers organised classes for them.

The National Farmers Union (NFU) did propose a new scheme to take workers from outside the EU, possibly from the Ukraine and Moldova. However, the political climate was not favourable to anything which appeared to increase immigration, even if only on a temporary basis.

What will be needed after Brexit is a new version of SAWS, not confined to the EU. The countries outside the EU would be a matter for debate, but would be politically stable areas within a reasonable distance of the UK such as the Ukraine.

By Wyn Grant is Professor of Politics at the University of Warwick and author of The Common Agricultural Policy.