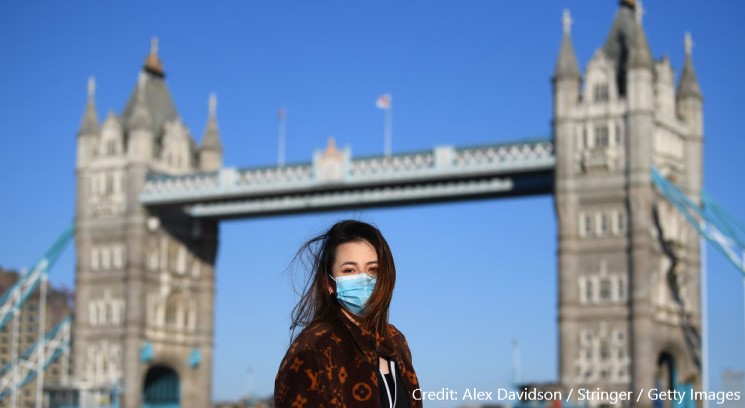 Parliament’s Women and Equalities Committee has launched an enquiry into the different and disproportionate impact that the coronavirus – and measures to tackle it – is having on people with ‘protected characteristics’ (such as sex, race, and disability) under the Equality Act 2010.

The pandemic has exposed deep inequalities in our society. Those who have described the virus as the ‘great equaliser’ have been accused of missing the differential impact it is having on already marginalised groups.

Reports show that the effect of the crisis will be felt most keenly by those from lower socio-economic backgrounds, those from BAME backgrounds, migrant workers in low paid (now ‘key worker’) positions, and others more marginalised in society.

The majority of workers with the highest exposure to Covid-19 are women. Of the 3.2 million workers in ‘high risk’ roles, 77% are women.

Working with the Latin American Women’s Rights Service (LAWRS) in London, we have been examining access to support available to migrant women working predominantly in cleaning, domestic work and the hospitality sector.

By way of context, 68% of those working in the cleaning industry in London are migrants. Cleaning, like most service work, is a feminised sector, with women accounting for 73% of the workforce.

Cleaning is characterised by its lack of sector-specific regulation, low wages, and exploitative practices towards workers, and this was before the Covid-19 outbreak.

Migrant women in the cleaning sector were already experiencing in-work poverty before this crisis.

Working in low paid positions, often without formal contracts, LAWRS report that vulnerable migrant women are simply not reached by the measures put in place by the government because they earn too little or are in insecure, temporary, and part-time work.

Many do not receive the £94.25 per week Statutory Sick Pay (SSP) if they need to miss work due to Covid-19 symptoms. Some will not qualify because they earn less than £118 per week needed for eligibility, while others who would qualify for SSP are being denied it.

Women report that employers refuse to pay sick pay and demand that workers find a replacement worker to undertake their cleaning duties if they are off sick, and organise payment amongst themselves.

Some employers are willing to furlough staff or furlough staff after reducing their hours. Others are dismissing workers rather than applying to the job retention scheme.

Historically in the sector, workers report that they would be dismissed, or need to leave exploitive working conditions before they reach the two-year point where they could accrue the rights to claim for unfair dismissal and redundancy payments.

Melina is an Argentinian woman with EU citizenship. She has three cleaning jobs that include both offices in the city and a private household. After the COVID-19 pandemic outbreak, she was asked to stop going into work for the time being. Melina has been left with no income, as she has zero-hour contract for all her three jobs. She is desperate and has tried to find new clients, but no one is hiring at the moment. She has started an application for universal credit, but this will take some time to get approved, and she does not know how she will pay rent and buy groceries for herself and her child.

Those who need to apply for Universal Credit (UC) must pass the ‘habitual residency test’, a necessary step for EU migrants who need to prove they have a ‘right to reside’ in the UK in order to claim welfare benefits such as UC.

They need to prove they have previously been employed, self-employed, self-sufficient or studying in the UK and have comprehensive sickness insurance; that they have retained their worker status; or that they are the family member of someone who is habitually resident.

Some have not been in the UK for long enough to meet this threshold or will not have the requisite paperwork to show that they meet the thresholds.

Previous research undertaken by LAWRS showed that one in five women don’t receive a payslip for their work – making it harder to provide evidence of a working history in the UK.

One worker we spoke to in Norfolk received a simple pay cheque reporting £400 in salary each month, despite in reality being paid in cash on a weekly basis, with amounts equating to more than £400 per month.

Non-EU women face the additional barrier of being in a ‘No Recourse to Public Funds’ (NRPF) status, due to their immigration status.

For example, someone who is the UK on a spouse or student visa, meaning they cannot apply for UC or any other publicly-funded support.

Even if they or their families have underlying health issues these women continue to work despite risk of exposure to Covid-19, as it is their only means of accessing income. They also have to work to pay for their next visa in order to stay legally in the UK.

Tamara is an Ecuadorian migrant living in the UK under an Overseas Domestic Worker’s visa. She takes care of two children, cooks and cleans in a home. After the Covid-19 pandemic outbreak, Tamara’s employer informed her that she would have a significant pay cut (paying below the national minimum wage), because she could no longer afford her full salary due to her own working situation. Her employer works in an office in Central London and has continued working from home. Tamara feels she cannot complain about this cut, as she depends on her employer to reside in the UK and has no recourse to public funds. She is now receiving advice from a union representative.

Undocumented workers and migrant women with insecure employment status are particularly vulnerable and at the mercy of their employers, not able to report their employers or claim better conditions, and at risk of being evicted for not being able to pay rent due to fears of immigration enforcement should they report any abuse.

They have no access to financial support. Many are calling for the protection for these vulnerable women during this global crisis.

The Women and Equalities Commission enquiry closes for submissions on 30 April.

By Professor Catherine Barnard, senior fellow at The UK in a Changing Europe, and Fiona Costello, University of Cambridge.