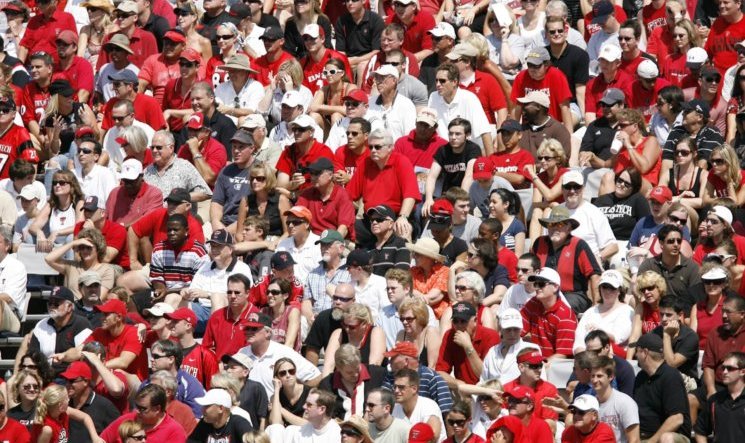 On the other hand, labour market conditions are typically more stable over longer periods of time, and take more time to adjust to changing economic conditions. Still, even regular labour or family migration is difficult to predict, especially over a longer horizon.

To put things into perspective, some 30 years ago more people were leaving the United Kingdom than coming into the country. At that time, the official projections assumed that this negative ‘net migration’ balance would continue for the foreseeable future. As it happens, these assumptions turned out to be completely wrong: between the mid-1980s and 2007, the UK economy was expanding rapidly, generating high demand for migrant labour (Figure 1).

Similarly, it seems extremely unlikely that the current high migration levels in the UK will continue forever, but nonetheless it is an illusion to think that migration can be predicted with a reasonable accuracy. 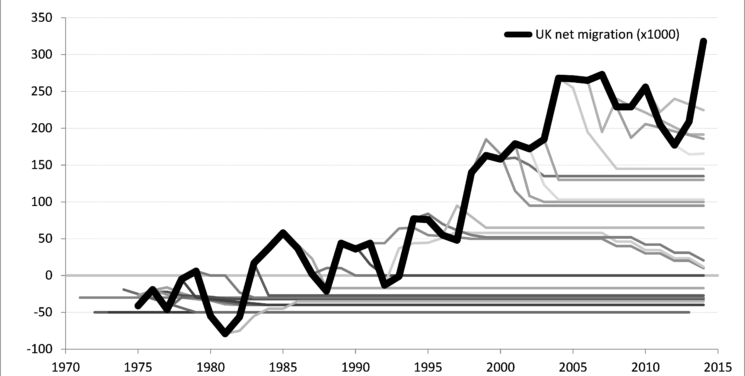 Can we control migration?

If predicting migration is so difficult, can it at least be helped by policies designed to control it? To some extent migration flows of course respond to various policies, but the idea that migration is fully controllable is yet another illusion. Attempts to control it do not change the fundamental drivers of migration: all the complex factors influencing population flows. These drivers can be very different for particular migrants, depending not only on the main purpose or purposes of their migration, as discussed above, but also on their individual circumstances. The different types of migration often overlap: for example, family migrants can be also labour migrants. This makes attempts to control even more difficult.

Besides, migration is rife with vested, and often conflicting, interests. Migrants and various institutions – from employers, to non-governmental organisations, to human smugglers – have their own agency, and their objectives do not necessarily align with those of migration policy makers. For that reason, migration policies are known to be at a high risk of failure.

As argued by Stephen Castles, one of the leading scholars in the area of migration policy, an idea that “migration can be turned on and off like a tap by appropriate policy settings” is misguided, as it ignores the complexity of the underlying social processes. At their core, migration flows have their own dynamics, and their drivers do not swiftly respond to policies.

There are many migrants already present in destination countries, and many institutions and sectors of the host economies rely on migrant labour. In many sectors, it can be difficult to replace migrants, or the costs can be very high. The migration industry – legal and illegal – relies on continuing migration.

Finally, migrants have their own agency, and migration policies are only one element of their decision making process. In effect, a ‘policy gap’ between the proclaimed policy aims and the actual outcomes exists. As an example, in the case of the UK, over the past ten years, non-EU migration was higher than EU migration, despite much more policy controls existing for the former (Figure 2). 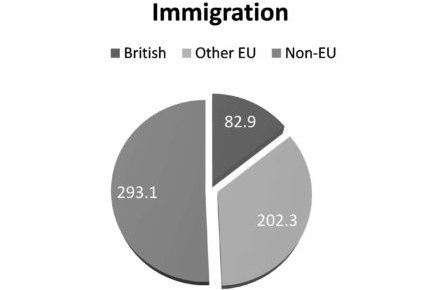 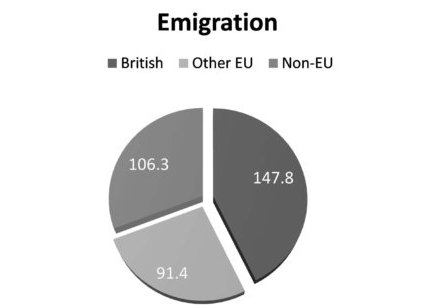 What can go wrong?

There are many unintended consequences of attempts to control migration, which can end up with results that are contrary to the stated policy aims. Increasing barriers to legal migration can have perverse effects, turning short-term movements into long-term, often illegal flows, as has been the case in the US. Intense migration and border enforcement only in some areas does not resolve the challenges associated with migration, and can even make the problems worse.

The recent European asylum crisis has also shown that selective enforcement can increase the risks, the price and the human cost of migration, diverting migration flows to more deadly routes and fuelling crime, such as human smuggling. Simple solutions may be easy to sell politically, but are unlikely to work. This is not to say that migration cannot or should not be managed in some way, for example with preferences for certain skills or sectors, but its complexity should not be overlooked.

What can be done?

The first step towards effective migration management is to confront the reality and acknowledge the complexity of migration, to avoid the illusion of prediction and illusion of control. Beliefs in precise predictions or perfect control are not only naïve, but can also backfire if reality does not conform to the expectations. There are solutions to relieve some pressures stemming from migration, including contingency planning, and sharing the risks and costs amongst wider communities.

Reasonable solutions require not only pooling resources, but also political will and a rational debate. Migration is not black-and-white, neither universally beneficial nor only harmful. What is missing from the public debate is how to harness the potential of migration and maximise the benefits. There are trade-offs here, and we need to talk about them – and about the complexity of migration.

By Jakub Bijak, Associate Professor in Demography at the University of Southampton.