Military security, AUKUS and the Anglosphere 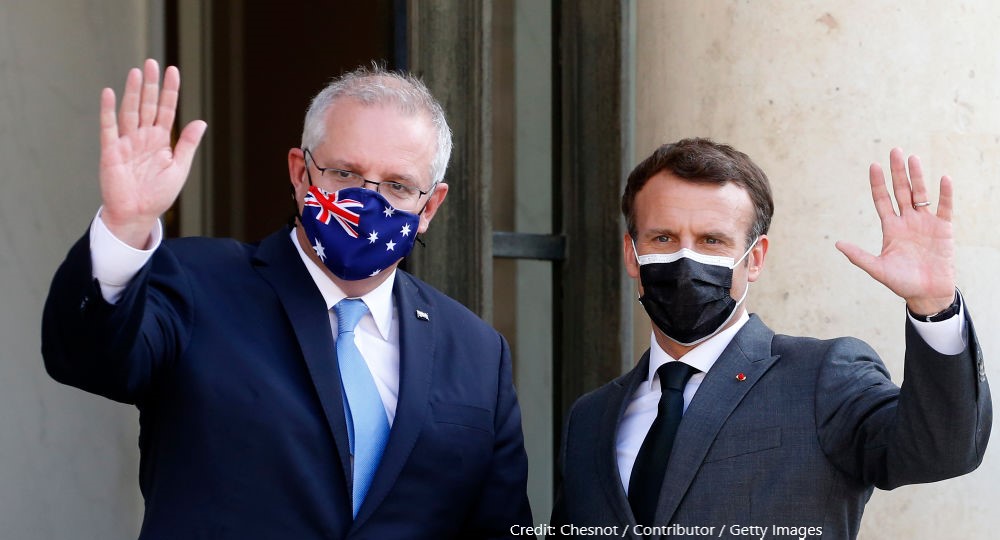 Australia has a strategic fear of being forgotten. The rest of the world’s unfortunate geographic isolation from the island continent means that since non-indigenous settlement began in 1788 its dominant colonisers have had to look far across the globe for sources of economic and, especially, military security.

This has been a constant theme in Australia’s strategic calculations. As a middle power it has always required the support of what its longest-serving Prime Minister, Robert Menzies, referred to as ‘great and powerful friends’: firstly, Great Britain and then, from 1942, the United States of America.

Both these military powers are very far from Australia, which partly explains why Australian soldiers can often be found fighting in ‘other people’s wars’ far from Australia itself: witness, for example, their involvement in Iraq and Afghanistan as only the most recent examples of such ‘forward defence’.

But there is another dimension to the formulation and execution of Australian grand strategy that was visible in the announcement of the AUKUS ‘forever partnership’: values, ideologies and instincts that incline Australia towards the Anglosphere.

This may be cold comfort to the fonctionnaires at the Quai d’Orsay, but it might start to explain Australia’s sudden and unilateral cancellation of a major contract with France by supplanting it with a new military security partnership with… (guess who?) …the United States and the United Kingdom.

Deepening the alliance with the USA should come as no surprise. Australia has been diversifying its military and security architecture in the Indo-Pacific in response to China’s provocations, but the US is a constant. France – a more significant presence in the Pacific than Britain – would have been part of that picture.

By switching to AUKUS the Australian government has been posed a question: when it comes down to it, who will you side with, France, or the US and Britain? The answer is clear.

This could all be explained by using the concepts of security and the national interest. But as Srdjan Vucetic, Jack Holland and others have shown policy can follow identity as much as interest amongst Anglosphere countries when it comes to serious choices such as AUKUS.

France and Australia have a very long relationship, particularly in military matters. The Franco-Australian commemorative diplomacy of the 2014-18 period provided the public-facing mood music to the security diplomacy that led to the signing of the agreement in 2016 for France to provide (at Australia’s request) non-nuclear submarines.

The dust is still settling on the decision to renege on this in Australia. The hawks see China as the type of threat not seen in the Asia-Pacific since the rise of imperial Japan in the 1930s.

Although the opposition Australian Labor Party (ALP) has offered cautious and conditional support, there is domestic criticism. The debate in Australia about relations with the Asian region is not unlike that in Britain about involvement in Europe. Former ALP Prime Minister Paul Keating slammed AUKUS as a retrograde step towards a ‘jaded and faded Anglosphere’.

Another former ALP PM, the (Mandarin-speaking) Kevin Rudd criticised the diplomatic handling of a trusted ally, and questioned level of military security provided by AUKUS given that the AUKUS submarines may not be operation until 2040 (Australia will need to borrow some before then).

The AUKUS decision poses serious questions for Australia’s sovereignty as well as its defence industries. Given this, it is valid to ask just how much agency the Australian government had in this decision? US governments like to stress that Australia is America’s most trusted ally (it’s another ‘special relationship’, but the Americans might say that to everyone). But the power asymmetry is clear: Australia will always be the US’s ‘deputy sheriff‘ in the Indo-Pacific; all the more so now.

There will be collateral damage too. Relations with France are at their lowest ebb since the Vichy regime. France’s understandable anger at the termination of the contract might impact on the free trade agreement negotiations with the EU (still ongoing, in contrast to the one rapidly agreed between Australia and the UK: all those shared values again).

Most Asian partners were cautiously supportive of the AUKUS announcement, but it did not go down well in Australia’s nearest and largest neighbour, Indonesia. Beijing reacted as you might expect.

The UK’s motives might be guessed at: ‘Global Britain’ has long been a slogan in search of policy and, like a Birds Eye frozen pizza, this deal may have dropped in at just the right time.

From a French perspective this is just more of the same old ‘perfidious Albion’ that policy-makers have known and loathed for centuries. But the Australian betrayal hurts because it was unexpected and less explicable.

In the small town of Villers-Bretonneux in the Somme region there is a school with a large sign over its playground: Do Not Forget Australia.

Destroyed in 1918 as the Germans advanced on Paris, and subsequently rebuilt with Australian funds and labour, the school is a living monument to a century of Franco-Australian collective endeavour.

However, be careful what you wish for: few in the French political class are likely to forget Australia anytime soon.